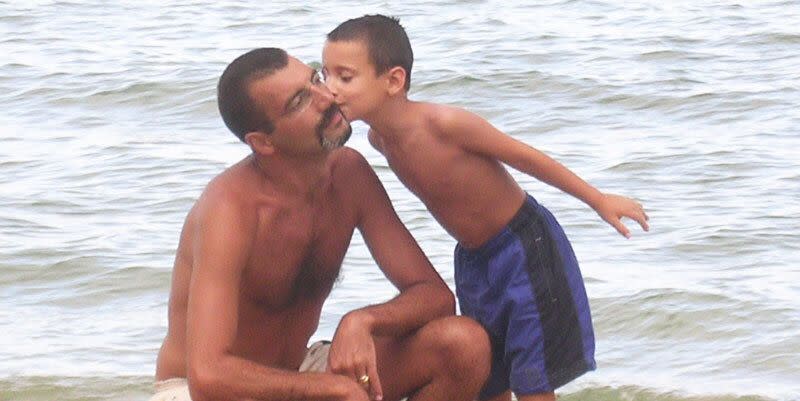 Netflix’s latest true crime TV show, Unsolved Mysteries, has become an instant hit on the streaming network since it debuted on July 1. Devoted fans of the six-episode series have transformed themselves into amateur internet sleuths, taking to online forums like Reddit to discuss episodes, provide additional context, and of course, share their conspiracy theories.

Many such theories have emerged in the subreddit r/UnsolvedMysteries after Reddit users watched the third episode, called “House of Terrors,” which tells the story of a French aristocratic family that was brutally murdered in the town of Nantes. The crime occurred in April 2011 when French police discovered the wife and four children of Count Xavier Dupont de Ligonnès buried under the back porch of their home. The only member not found? Count Xavier Dupont de Ligonnès himself. He’s suspected of committing the crime, but disappeared after the family’s bodies were found, and hasn’t been seen since.

In the Unsolved Mysteries episode, it’s revealed that the family members Agnes Dupont de Ligonnes and her four children, Arthur, Thomas, Anne, and Benoit, were shot to death with a silenced .22 rifle.

“After inheriting a .22 rifle from his father, Xavier purchases bullets and a silencer. He practices at a gun range multiple times between March 26th and April 1st,” Netflix’s official Reddit account wrote in a synopsis on the site. “He also buys large bin liners, adhesive plastic paving slabs, cement, a shovel, and a hoe, plus four bags of lime, all at different hardware shops around Nantes.”

The murders occur on April 3 and 4. “Days later, the immediate family and close friends receive a letter from Xavier saying that he has been working covertly for the American Drug Enforcement Agency (DEA), and the entire family has relocated to the United States, as part of the Federal Witness Protection Program. He says they will be out of contact for a few years,” Netflix’s official description of the episode reads.

Of course, this led everyone to question why Xavier Dupont de Ligonnès would have killed his entire family. The show mentions that it may be due to his own personal failings.

“Xavier has had little success in his own professional life. Few people are aware that he is struggling financially. Xavier manages to maintain an appearance of wealth by borrowing money from family and friends, to make ends meet—until his ruse starts to unravel,” the Reddit post says.

After the family is found, the French police start trying to track down Xavier. Authorities learned that on April 12th Xavier stayed at a five-star resort in Toulouse, per Netflix. Two days later, on April 14th, he was caught on CCTV withdrawing money from an ATM, and the next day, a hotel security camera captured Xavier walking toward the mountains.”

So where could Count Xavier Dupont de Ligonnès be, and did he actually commit mutliple murders and get away with it? Redditors have a few theories:

Redditor dnrexy believes that Xavier could not have pulled off the murders all by himself.

“A man in his 50’s with supposedly a bad back moving 4 dead bodies worth of dead weight and two dogs outside. Placing them in trash bags and burying them the way he did is close to impossible to do alone,” the user wrote. “Not to mention the organizational aspect of the whole thing. You mean to tell me he found a long rifle when his dad passed away and all of a sudden he becomes a criminal mastermind? I believe he hired professional help from somebody. Someone helped him coordinate those murders and helped him get away.”

#2: Xavier was being blackmailed.

Another theory from Redditor jackp536 points out that Xavier may have been blackmailed because of money he owed various people. “Furthermore, the money he withdrew. Yes it makes sense to not leave a trail with a credit card while on the run, so ofc he wanted to make sure he was only paying things with cash,” they wrote. “However, is it possible that he was being extorted in some way or blackmailed?”

#3: Xavier really is a DEA informant.

According to Redditor Hairyfeetfairy, the extended family (his sister, mother, and brother-in-law) do believe that Xavier is DEA informant. They detailed their thoughts in this blog, written in French.

#4: The family wasn’t actually killed, because some members were seen after the murders.

Reddit users mention that there were reports of sightings after the supposed murders occured. Redditor Hairyfeetfairy wrote, “Up to 9 people saw Agnes (the wife) alive after the date the police says she was killed. Some of these people state that they spoke to her and she was normal (some say a bit agitated). She was seen walking the dog after the 4th April, and was also seen with…the two youngest kids.”