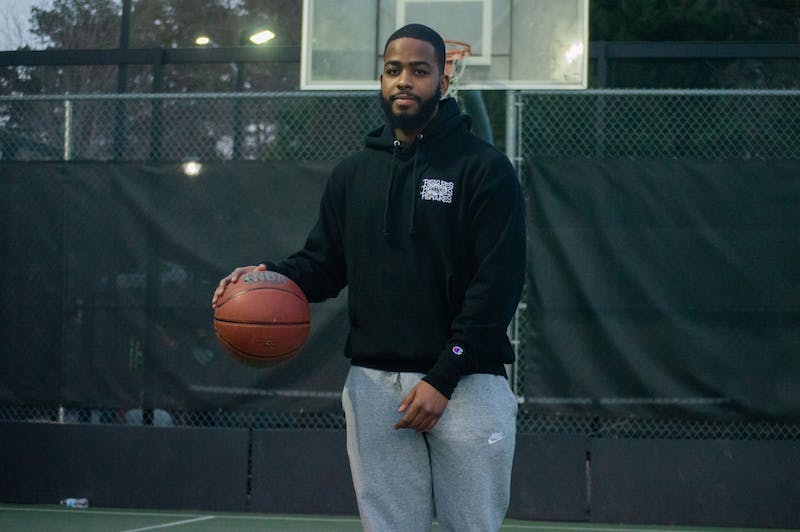 While shooting around in Ram’s Head Recreation Center as a first-year, John Miringu got a random invitation to play flag football for an intramural team.

“And that was about it,” said Miringu, a junior majoring in business. “I just played flag football and it was fun, so I decided to play basketball when that season came around.”

Though he did not play sports in high school, Miringu appreciated the opportunity to play competitive sports for an organized team at UNC, beyond just pickup games at the gym. But in the absence of intramural sports, a portion of Miringu’s college experience has been missing.

After COVID-19 sent students home in March 2020, in-person intramural sports halted. With social distancing, playing sports in groups was no longer an option. Now, one year into the pandemic, students are reflecting on everything in-person intramurals gave them — and what they’ve lost since they disappeared.

Students like Miringu have long used intramural sports to become involved in the campus community.

Ellie Golbus, a junior nursing major from Matthews, North Carolina, played volleyball in high school. When she got to campus, one of her friends suggested she try intramurals.

Golbus heeded her friend’s advice and decided to play.

Being able to compete was a motivating factor, but enjoying the sport was also a priority.

“I think I liked the being-in-a-team aspect the most,” Golbus said. “And being able to do that with friends and it being competitive but not overly competitive. So kind of a fun balance of, ‘You’re playing for fun, but it’s also very competitive.’”

Golbus also took the opportunity to learn a new sport in the spring of her sophomore year, when she worked as a basketball referee.

She went through training sessions to become more familiar with the sport and got a close look at the intensity that intramural players brought to basketball.

“Some people go really hard and take it really seriously, playing, and the refs are just there to make sure they stay safe,” she said.

The ability to play competitive sports and strengthen relationships can be attractive to first-year students. Senior Darvez Ellis, an economics major from Fayetteville, North Carolina, played basketball during his first and third years as a student.

Ellis, like Miringu and Golbus, had friends on his team.

“Me and my group of friends started playing during our second semester,” Ellis said. “My roommate was in club basketball, but we all decided to make an IM league team and kind of just run during the second semester of our freshman year.”

Though Ellis did not play intramural sports during his sophomore year, he returned to action during his junior year by playing flag football.

‘Haven’t been as active’

The intramural sports these students enjoyed playing through Campus Recreation were not available for the 2020-21 school year.

To remedy this, alternative options were added to the list. During the fall semester, many of these were virtual, ranging from video games like Mario Kart, League of Legends, FIFA and NBA 2K to monthly trivia nights focusing on pop culture. Even ESPN Fantasy Football was an option.

Tori Hooker, the senior assistant director of sport programs at Campus Recreation, said the goal was to connect both on- and off-campus students.

“I think that’s the great thing about the virtual opportunities is that you can participate in those from wherever you are,” Hooker said. “Definitely is reaching a certain group of students that just wouldn’t be participating in-person otherwise.”

Other than a cornhole tournament, options for in-person sports were practically nonexistent. Challenges on Strava, an app that tracks distance for runners and swimmers, operated on a weekly basis, with students able to register on a continuous basis. Students who complete the challenges each week get an opportunity to win a coveted intramural championship T-shirt.

The spring semester features different virtual options for games. A Pick ‘Em league for ACC basketball allows students to predict the outcomes of games in the conference. An altered version of H.O.R.S.E lets students play the popular basketball trick shot game by participating either on campus or online.

Soccer tennis, spikeball and crossnet, which all have videos on the Campus Recreation website explaining their rules, open in March as in-person options.

“Soccer tennis and crossnet, in particular, are two somewhat new sports,” Hooker said. “They’ve been trending up in recent years and are growing in popularity, but definitely would still be considered non-traditional.”

Those who got involved with intramurals to participate in their original sports, however, have found different ways to exercise.

“Just had to find other avenues to try to safely have fun with my peers but also be cautious of everything that’s going on,” Ellis said. “Just really been trying to figure out ways to be creative and still have fun.”

When he goes to the gym, Ellis said he likes to bring someone else with him as a workout partner.

“Not necessarily doing the same workouts, because it’s hard to do the same thing in the amounts of space that we’re in, but just have somebody there as an accountability measure,” he said.

Beyond the fitness benefits, intramurals served as a communal activity where students could easily connect with one another. Miringu said he looked to intramurals as a break from his studies and an opportunity to spend time with others.

“Normally, that was an escape from school,” Miringu said. “It was nice to have that break during the week, and that’s actually how I kept up with some of my closest friends on campus, because we didn’t have the same schedules and stuff. So intramurals was an easy way to all be in one place at one time. We used to go play and then get dinner together.”

Intramurals gave Golbus an opportunity to meet with her friends during the week too.

“It’s kind of reduced my physical interaction with those people,” she said. “A lot of what we did was based on doing sports together.”

To get the day’s news and headlines in your inbox each morning, sign up for our email newsletters.