“We should also point out to the ghouls that are beating their chest in triumph at the destruction of a young man that self-righteousness also has its costs,” said Fox News Channel’s Tucker Carlson tonight on his top-rated primetime show after one of his top writers was exposed for frequently posting racist, sexist and homophobic comments on a legal message board.

“We are all human, when we pretend we are holy, we are lying,” Carlson continued in what was a defiant flag planting where some expected contrite remorse. “When we pose as blameless in order to hurt other people, we are committing the gravest sin of all and we will be punished for it. No question.”

The gritted remarks by the Ship of Fools author are his first public reaction following the July 11 revelation of the vile behavior of boastful Tucker Carlson Tonight writer Blake Neff. They were accompanied by Carlson announcing that he is taking the rest of the week off to go trout fishing in a “long planned” break.

“First, what Neff wrote anonymously was wrong,” Carlson told his viewers near the end of Monday’s show before heading off on vacation. “We don’t endorse those words, they have no connection to the show.”

“It is wrong to attack people for qualities they cannot control,” Carlson went on to say in oddly awkward language. “In this country, we judge people for what they do, not for how they were born,” he added. “We often say that because we mean it – we will continue to defend that principal, often alone among national news programs, because it is essential. Nothing is more important.”

Then Carlson stepped back what was warming up to be a regret of sorts: “Blake fell short of that standard and he has paid a very heavy price for it.”

Really? Losing your job for being a racist, sexist, homophobe is a heavy price? Sounds more like the definition of a much greater and larger difficulty.

Just before Tucker Carlson Tonight aired on Friday night, Carlson’s former employer CNN broke the story that Neff anonymously went on AutoAdmit to mock, denigrate and attack basically anyone who wasn’t an Ivy League white guy like himself. Sad and so typical, it was a blitz that proved very popular with many on the law student and lawyer forum – even if its unveiling forced Neff to resign his nearly four-year long gig at FNC on July 11

The implications of Neff’s apparent bigotry took on even more grotesque connotations, when placed aside the race baiting that Carlson has repeatedly engaged in since taking over Bill O’Reilly’s old FNC slot in 2017 following that once top-rated host’s tsunami of sexual harassment lawsuits and settlements becoming public.

Add to that, Neff’s own damning words about the often spiked oration that come out of Carlson’s mouth night after night.

“Anything he’s reading off the teleprompter, the first draft was written by me,” Neff indiscreetly bragged to Dartmouth Alumni Magazine’s most recent edition. “We’re very aware that we do have that power to sway the conversation, so we try to use it responsibly,” he declared of TCT, which is well known to be well watched by a certain highly impressionable former Celebrity Apprentice host in the Oval Office.

With the exception of a flailing haymaker punch at CNN, Carlson stayed mum on the news of Neff’s malicious moonlighting on Friday’s show. However, on July 12, Fox News Media CEO Suzanne Scott and Fox News Media President & Executive Editor Jay Wallace sent a memo to staffers at the top cabler newser deriding Neff’s posts on AutoAdmit as “abhorrent conduct.”

“We want to make abundantly clear that Fox News Media strongly condemns this horrific racist, misogynistic and homophobic behavior,” the heirs to Roger Ailes noted in language that has been a common-ish refrain from the Rupert Murdoch-owned outlet the past several years of one scandal after another. “Neff’s abhorrent conduct on this forum was never divulged to the show or the network until Friday, at which point we swiftly accepted his resignation,” Scott and Wallace added, promising Carlson would address the matter tonight. “Make no mistake, actions such as his cannot and will not be tolerated at any time in any part of our work force.”

In typical fashion, Carlson teased out any statement on Neff and kicked off tonight’s much anticipated show with a swing at Congresswoman Alexandria Ocasio-Cortez. Doubling down, the host termed New Yorker AOC as “race-baiting” and being a “pampered dilettante,” in an attempted burn on the progressive Democrat for advocating reform of the police following the death of George Floyd on Memorial Day and protests against cop brutality.

Slogged off as “CNN’s resident bodybuilder,” Chris Cuomo was also in Carlson’s sights on Monday for condemning the wealthy McCloskey couple who pulled out a long rifle and handgun at BLM marchers in St. Louis on June 28. A heavily deferred to Mark McCloskey himself was actually Carlson’s first guest of the night as the host swiped at GOP leaders in Missouri, Georgia and elsewhere. With more of Carlson’s greatest hits, Planned Parenthood, California’s resurging COVID-19 crisis, CNN’s standard of journalism and attacks on Christianity were also on offer on Monday’s TCT.

Breaking ratings records in the last quarter for the 23-year old FNC and cable news in general, Tucker Carlson Tonight has also seen key advertisers like T-Mobile, Disney and Papa John pull their spots and cash from the show in recent weeks. This latest ad boycott of sorts came became of the ex-Crossfire co-host’s polarizing stance on the Black Lives Matter movement and the desire for justice and equality in America that many of its members advocate.

This was not the first time the intentionally incendiary Carlson has suffered advertisers’ wrath. Back in 2018,  20 companies yanked their ads from TCT after Carlson expounded that undocumented immigrants made America “poorer, and dirtier, and more divided.”

Of course, with Roger Stone’s first interview since Donald Trump commuted his former fixer’s prison sentence coming up next on FNC tonight, Sean Hannity may be the real victor in all this – with a big ratings bump for the rest of the week.

Netflix has 113 brand new shows coming out this year (so far). See them all here.

Tue Jul 14 , 2020
Katherine Langford as Nimue in “Cursed.” Netflix Netflix currently has 113 brand new TV shows slated to premiere in 2020. Insider is keeping a running list of the confirmed shows and what we know about them so far. Up next in July is a new fantasy series called “Cursed,” reality […] 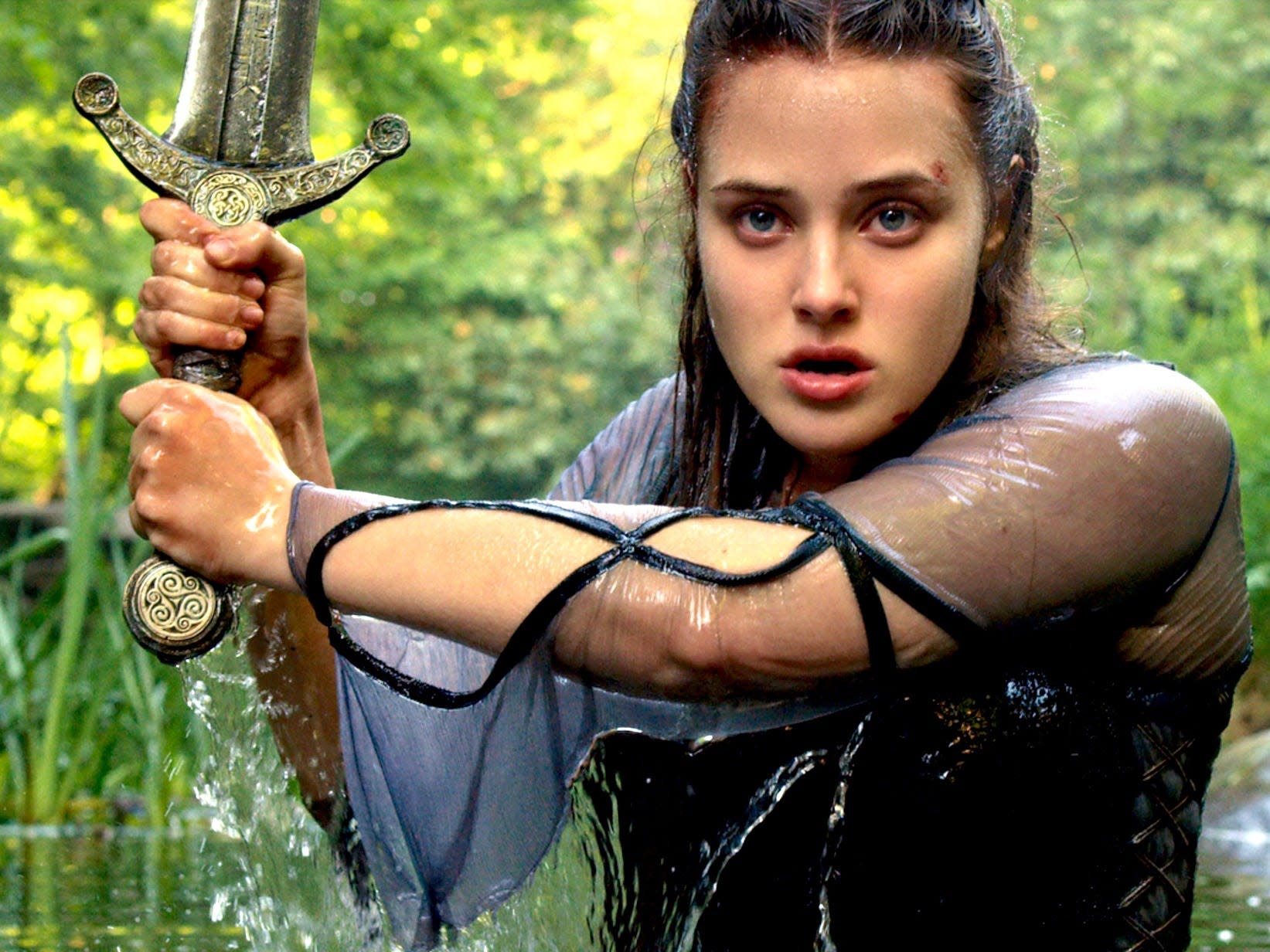