Fox News’ Tucker Carlson addressed the resignation of Blake Neff, a writer for Carlson’s show who quit soon after a CNN report revealed racist and sexist comments he had posted online.

Carlson admitted to the viewers of his show on Monday night that “what Blake wrote anonymously was wrong.”

“We don’t endorse those words,” Carlson said. “They have no connection to the show. It is wrong to attack people for qualities they cannot control.”

At the end of his show, the Fox News host announced that he would be going on a previously planned trout-fishing vacation for the next few days.

According to a report from CNN Business, Neff had been posting messages under a pseudonym on the AutoAdmit message board.

His posts included racial slurs and rants against Black people, as well as continuous posts sent over five years about a woman he mocked and insulted, CNN Business reported.

While Carlson distanced himself and Fox News from Neff, the Fox News host also denounced people who criticized Neff for his explicit posts.

“We should also point out to the ghouls now beating their chests in triumph at the destruction of a young man that self-righteousness also has its costs,” Carlson said, in part. “We are all human. When we pretend we are holy, we are lying.”

Carlson’s fishing trip announcement isn’t the first time he’s said he was taking a break amid controversy. In August 2019, he claimed that white supremacy was a “hoax” and not a real problem in the U.S., sparking calls for his firing. In the face of that backlash, Carlson announced at the end of his show he would be taking more than a week off the air.

Other Fox News hosts have taken similar breaks in the face of controversy.

Bill O’Reilly went on vacation after news broke of his sexual harassment settlements, and he eventually left Fox News without returning to his show.

“We want to make abundantly clear that Fox News Media strongly condemns this horrific racist, misogynistic and homophobic behavior,” the memo said. “Neff’s abhorrent conduct on this forum was never divulged to the show or the network until Friday, at which point we swiftly accepted his resignation. Make no mistake, actions such as his cannot and will not be tolerated at any time in any part of our work force.”

Westport Town Hall Continues To Operate By Appointment Only

Tue Jul 14 , 2020
WESTPORT, CT — Westport Town Hall continues “to closed to walk-in services,” and residents are urged to keep wearing face coverings and physically distance as Westport and the state continue to battle the coronavirus (COVID-19). First Selectman Jim Marpe issued an update Monday on the town’s efforts against the virus, […] 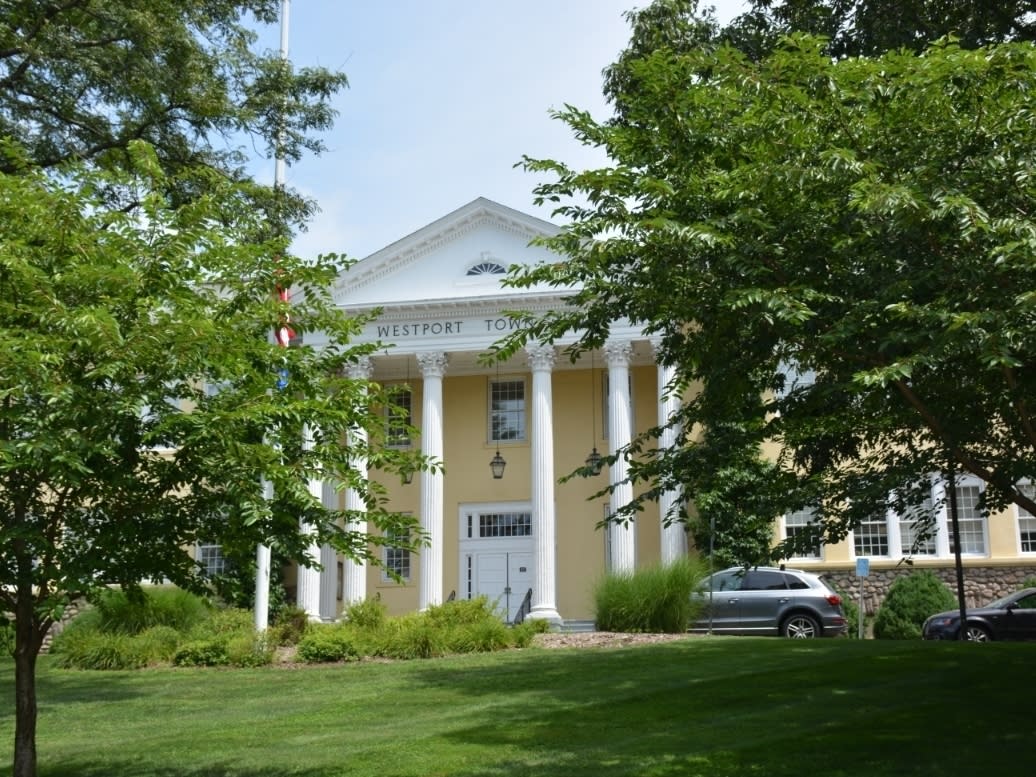