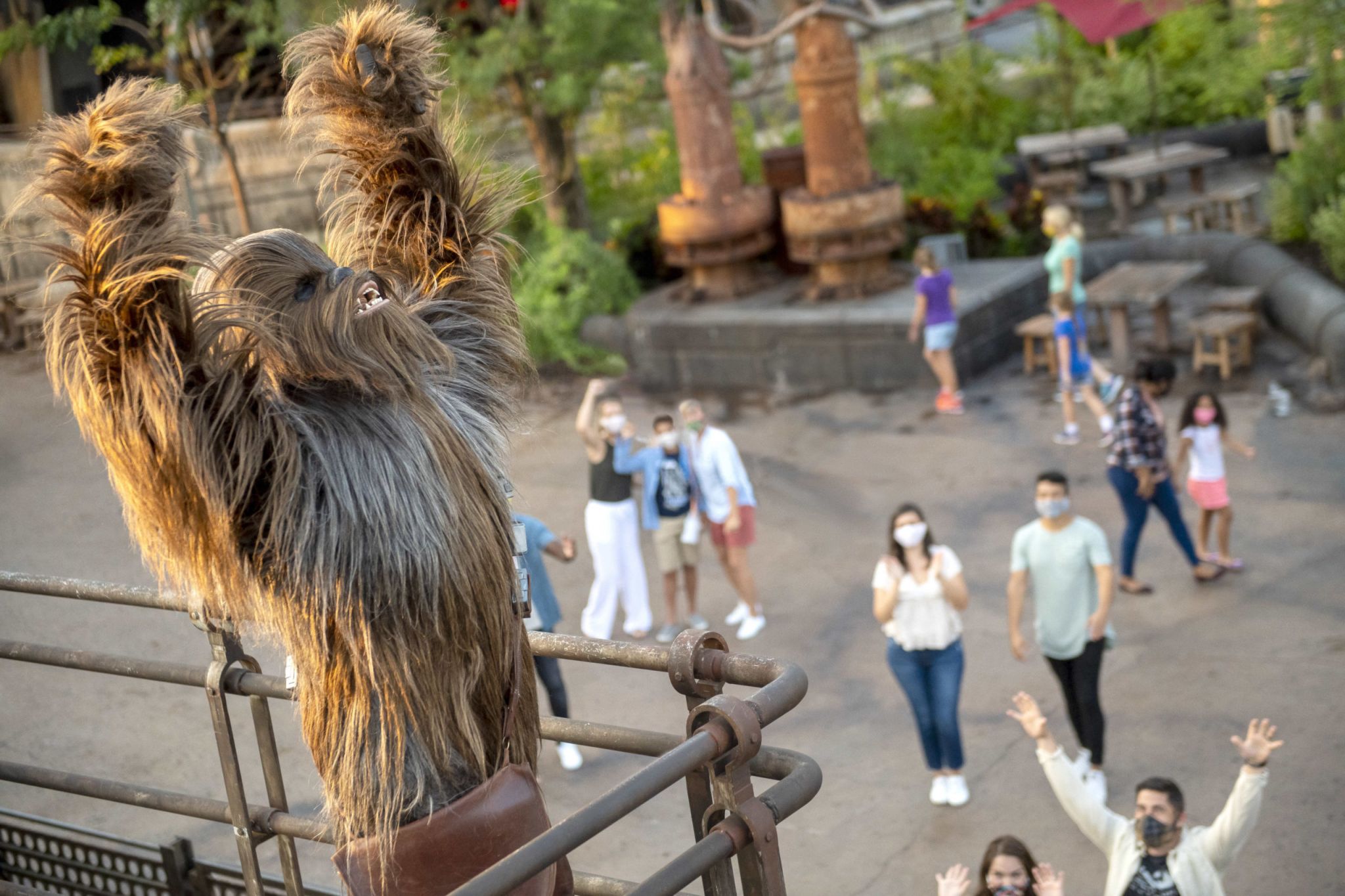 Now that Disneyland Park and Disney California Adventure will reopen on April 30, excitement from fans hoping to revisit the “happiest place on Earth” has hit a fever pitch. But getting tickets is going to be a challenging process, even for the most die-hard fans who know the ins and outs of the system.

Here’s everything we know about how to get tickets to Disneyland when it reopens.

Currently, there’s no announced date for when Disney plans to release ticket availability for guests — and in all likelihood, there will be  only vague information about when tickets will go on sale before the actual moment. Historically, the company will announce a date, but not a time, leaving the most ardent Disneyphiles to stay up late hoping for a midnight release and be at their browsers bright and early with the idea of catching the opening by chance.

Don’t believe me? Flashback to July, the first day that Walt Disney World opened tickets to the general public for its July 11 reopening: I started checking the My Disney Experience app at midnight, then woke up at 3 a.m. to check again, and was at my computer at 6 a.m. refreshing my browser window. Tickets went on sale at 7 a.m. that day and I had them by 7:15 a.m., with a reservation for Magic Kingdom’s opening day shortly after.

But Walt Disney World had a complicated, tiered system for tickets and reservations, a modified version of which may or may not make sense for Disneyland.

When Walt Disney World reopened last year, the resort had been closed for just under four months, so many people who had booked vacations in advance held existing resort reservations for the announced reopening date. Those were the people Disney first accommodated, saying that anyone with an existing resort reservation would have earliest access to tickets. After that, Annual Passholders were allowed to make a limited number of park reservations under the new system, which requires any ticket holder to reserve a spot in a theme park in advance. Weeks after that, just days before open, tickets went on sale to the general public.

However, those considerations don’t really apply to Disneyland. All of the property’s hotels have been closed for more than a year, and those hotels don’t book more than a year in advance, so there are almost definitely no existing resort reservations. Disney’s Grand Californian Hotel will open on April 29, but has not yet started booking guests. There are no announced opening dates for the Disneyland Hotel or Disney’s Paradise Pier Hotel.

There are also no longer Annual Passholders. Everyone who held a current annual pass at Disneyland when the resort closed last year is now a Legacy Passholder, which is essentially now a membership for discounts on food and merchandise. Though Disney hinted that Legacy Passholders would get early access to ticket sales for A Touch of Disney, the food experience currently happening at Disney California Adventure, that didn’t happen, so there will likely be no tiered early access for any group when tickets do go on sale.

There’s a basic timeline when Disney opens online booking for a new experience. The booking portal goes live in the morning at an unannounced time, crashes in about an hour, goes back online and sells out within hours. This is what happened in advance of Disneyland reopening Buena Vista Street inside DCA as part of the Downtown Disney extension in November, not because the opening was ticketed, but because the opening also included Carthay Circle, one of California Adventure’s best restaurants. People hoping to secure a table crashed the park’s online dining reservation system. It’s what happened when tickets to A Touch of Disney went on sale earlier this month. After the booking portal crashed and went back online, Disney released another few weeks of tickets, all of which sold out by the early evening.

If recent history is any indication, Disneyland tickets will sell out for the first few months within hours of going on sale. There’s no telling how much those tickets will cost, but single-day, one park tickets topped out at $154 each for the most in-demand days before Disneyland’s closure — and April 30 will probably be the single most in-demand ticket in the park’s history, so expect costs to be high.

There’s speculation that, given Orange County’s likely progress into the orange tier of the state’s coronavirus reopening plan, the parks could reopen at 25% capacity as opposed to the currently anticipated 15%. Walt Disney World opened to 25% in July, but has since increased capacity.

“Tickets have yet to go on sale, and capacity, at least while the coronavirus remains a threat, will be limited by California regulators,” Brookes Barnes wrote of Disneyland’s reopening for the New York Times. “But let’s put it this way: There may not be enough cinnamon sugar in all of the Disney-verse.”

There are a couple of things you can do to increase your odds of getting tickets, though. Disneyland’s ticket portal operates through the Disneyland website, but also through the My Disney Experience app for smartphones. Make sure you have an account, that you know your current login information, and that you have your whole party synced together. That way, if you do get through to purchase tickets, you’ll be able to buy them for your group without trying to add someone at the last second. When tickets go on sale, try using your phone at the same time as your computer. I got my Carthay Circle reservation on the day they opened by having my personal laptop, my work laptop and my phone all in the virtual queue at the same time.

There are a few other things to keep in mind when buying tickets, too. Disneyland will be available only to California residents in its initial reopening stage, and the tickets available for purchase will most likely not be the Park Hopper tickets that allow you to go back and forth between parks. So even if you are able to secure a ticket, be careful about which park you choose to make a reservation for, because that will likely be your only park for the day.