It was a strange narrative that seemed to move away from the provable to the unbelievable. The question is, why?

One possibility: To raise sweeping allegations with insufficient time to resolve them, in order to force an Electoral College fight. The idea would be to give license to Republican-controlled legislatures to intervene with their own sets of electors or block the submission of any set of electors. Concern over such a strategy was magnified when President Trump called key Republican leaders from Michigan’s legislature to the White House on Friday.

Call it the “Death Star strategy.”

In the movie “Star Wars,” a struggling rebellion was in full retreat on every front against an overwhelming force in the Empire. The rebels were left with just one strategy, and literally one shot. Luke Skywalker had to skim the surface of the Death Star along a trench, then fire a round into a small thermal exhaust port to travel down an air shaft and cause an explosion in the core reactor. Then poof! No more Death Star.

However, if this is the Trump team’s plan, it will make Luke Skywalker’s shot look like a bean-bag toss.

The “trench,” in this instance, is found in state election systems leading to the electoral equivalent of the “exhaust port” in the Constitution’s Electoral College. It is the Electoral College where the actual election of an American president occurs. Each state certifies votes to the Electoral College — a figure that adds up to the number of members the states have in the two houses of Congress, or 535. (In addition, for Electoral College purposes, the District of Columbia is given three electors, for a total of 538.) Thus, a candidate must have at least 270 electoral votes to become president.

To reach that “exhaust port,” Trump’s legal-team equivalent of X-Wing fighters must get all the way down the electoral “trench” by creating challenges to multiple state certifications and deny Biden the 270 threshold, or claim those votes for Trump. The Trump team has focused on states like Arizona, Georgia, Michigan, Nevada and Pennsylvania. If the litigation can create serious doubts over the authentication or tabulation of ballots, the Trump campaign could force fights on the floors of these state legislatures. However, after meeting with the president on Friday, the Michigan legislative leaders dealt that potential strategy a serious blow by saying they are unaware of anything that would change their state’s certification for Biden.

Once litigation introduces doubt as to the validity of the vote, the matter travels down the electoral version of the Death Star’s air shaft to individual state legislatures. This is when things move into some uncertain constitutional physics.

Article II of the Constitution states that electors are appointed “in such Manner as the Legislature thereof may direct.” All but a couple of states have directed that all of their electoral votes will go to the candidate with the greater number of statewide votes. The question is, what happens if legislators decide they cannot say with confidence who won the greater number of votes?

Such controversies have arisen before, as in 2004 when Democrats objected to counting Ohio’s electoral votes due to voting irregularities. The greatest controversy occurred in 1876 after a close, heated election between Republican Rutherford Hayes and Democrat Samuel Tilden. Like Biden, Tilden won the popular vote and more electoral votes (184, to Hayes’s 165). The problem was that rampant fraud was alleged in Florida, Louisiana and South Carolina. (For example, South Carolina reported 101 percent of voters voting). The controversy led to rival sets of electors being sent to Congress. A long fight led to the improbable election of Hayes as president.

For Trump to pull off a similar maneuver, he would need the cooperation of Republican state legislators. He also would face collateral litigation over who should certify electors — a state’s governor or its legislature. The Supreme Court, in Bush v. Gore in 2000, ordered an effective halt to further litigation, but that was just one state. It is possible that such multi-state litigation could push the challenges beyond the end of the safe-harbor period for certification on Dec. 8, or beyond Dec. 23, when those votes are supposed to be submitted to Congress. Indeed, it could force a fight on Jan. 6, when Congress gathers in joint session to count the votes.

Only then would the action make it into the “core reactor” equivalent of our constitutional system — the joint session of Congress. This would trigger a law passed after the Hayes-Tilden election. Unfortunately, the Electoral Count Act (ECA) of 1887 is hardly a model of clarity and would become the focus of litigation itself. Under some circumstances, Vice President Pence could issue a ruling in favor of Trump, but one senator and one House member could challenge his ruling.

What if there were insufficient votes overall to elect a president? This is where we could see a rare court intervention in a contested election in Congress. The ECA is ambiguous on what it means to have a majority of electors; it does not clearly state whether a majority of “electors appointed” means a majority of the 538 electors (270) or simply a majority of those electors accepted or successfully certified (allowing election with less than 270 electoral votes). There also are untested terms and provisions, ranging from the weight given to the decision of governors and the meaning of what is “lawfully certified,” or whether votes were “regularly given.”

There also is the potential under the 12th Amendment for a “contingent election” when there is a tie or insufficient votes. In such a case, Trump could win again. In that case, the vote for president is held in the House based on state delegations, not individual members. Republicans likely will control a majority of state delegations in the House, despite having fewer seats overall — as well as the Senate, where Pence could be reelected.

Again, that is all quite a long shot — a bit more than Luke Skywalker’s boast that he could sink it because he “used to bull’s-eye womp rats in my T-16 back home.” It is enough to make an Ewok weep. All one can say, to paraphrase Han Solo’s parting words before heading out for Death Star, is: “Hey, Rudy, may the Force — and the ECA — be with you.”

Jonathan Turley is the Shapiro Professor of Public Interest Law at George Washington University. You can find his updates online @JonathanTurley.

Sat Nov 21 , 2020
Berkeley’s Shotgun Players pull out all the stops for their next production “The Light.” According to Jayme Catalano, the company will be “applying our signature Shotgun Players’ polish and aesthetic as we live-stream a real-life performer couple from their living room. This isn’t your typical static Zoom show. We’re using […] 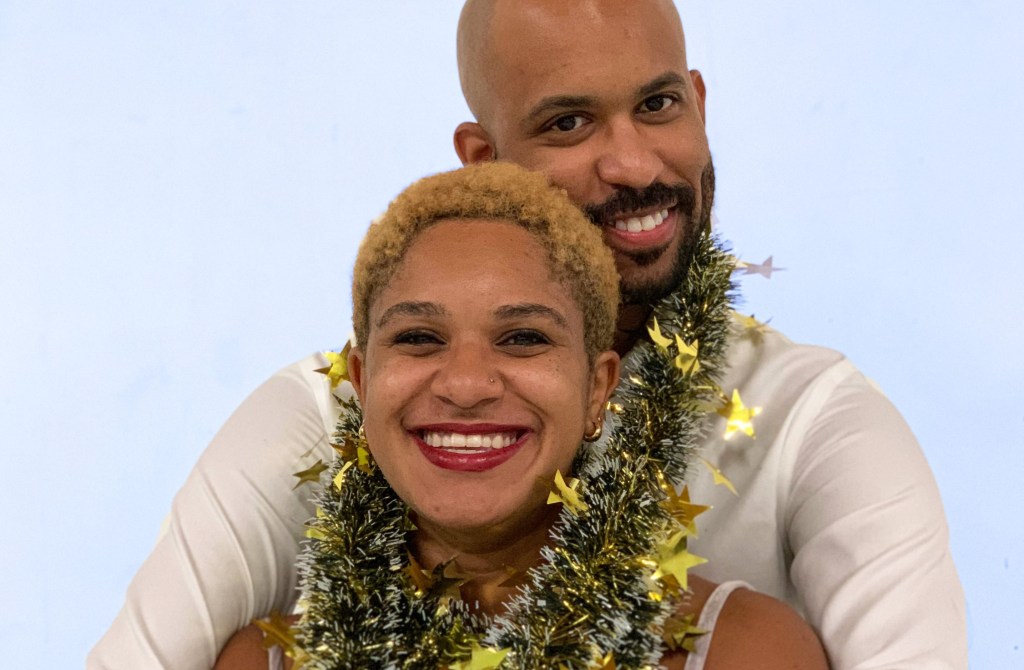