The itinerary includes a stop near the city where Biden was born — Scranton, Pennsylvania — on Thursday, just hours before the former vice president is scheduled to deliver his nomination acceptance speech.

Trump “will deliver remarks on a half century of Joe Biden failing America,” the campaign said in announcing the stop at a building products business in Old Forge, Pennsylvania, less than 10 miles from Scranton.

Trump plans to travel on three of the four days of this week’s Democratic convention, which will be based in Milwaukee but beamed to delegates and voters nationwide. The Democrats canceled plans for a full-blown convention because of the spread of COVID-19.

The tour starts Monday in the Upper Midwest with airport speeches in Mankato, Minnesota, and Oshkosh, Wisconsin.

Trump plans to speak about jobs and the economy at both stops, the schedule said. He is also expected to discuss the civil unrest in Minneapolis and other cities.

On Tuesday, Trump heads southwest to Yuma, Arizona, where immigration and border security will be major topics. The president has visited Arizona often to promote his plans for a wall along the Mexico border.

The president has no campaign travel scheduled for Wednesday.

On Thursday, the last day of the Democratic convention, Trump goes to the Scranton-Wilkes Barre area in Pennsylvania. The president plans to discuss jobs and trade policy during a visit to Mariotti Building Products.

His remarks are scheduled to start at 3 p.m. EST, about seven hours before Biden is expected to makes his acceptance speech, an address in which the Democratic nominee is expected to counter-attack Trump.

Democrats said Trump won’t be able to explain away his poor management of a pandemic that has claimed more than 167,000 lives and plunged the country into a near-depression.

Bates said the “fly-in, fly-out airport sideshows might protect Trump from seeing the damage that he has done to communities throughout this country,” but “they will only underscore why we have to win this battle for the soul of our nation.”

Pennsylvania, Wisconsin, and Arizona all went for Trump in the 2016 election, helping give him a narrow Electoral College victory over Hillary Clinton. This year, polls have given Biden a lead in all three states.

The Real Clear Politics website, which averages a series of recent state polls, gives Biden leads over Trump in all four of the states the president plans to visit: Minnesota (by 7.0%), Wisconsin (by 6.5%), Pennsylvania (6.4%), and Arizona (2%, within the margins of error).

More: ‘There is no playbook’: How Trump and Biden are trying to run virtual campaigns during coronavirus

More: Donald Trump to campaign in 4 states — including in Joe Biden’s hometown — during week of Democratic National Convention

Trump lost Minnesota to Clinton by only 1.5 percentage points four years ago. Since that narrow loss, Trump has repeatedly said he plans to make Minnesota a major focus of this election, hoping to flip it to his side.

During a 2018 trip to Duluth, Trump told supporters, “It’s going to be really, really easy, I think.”

Most real estate developers have hit pause. Why Terra’s David Martin is forging ahead

Mon Aug 17 , 2020
Most college students use coffee to power through all-night cram sessions. As a University of Florida undergrad, David Martin used coffee in a different way — to launch his business career. Starbucks had started sprouting up around the country in 1995, but none had yet reached Gainesville. So Martin signed […] 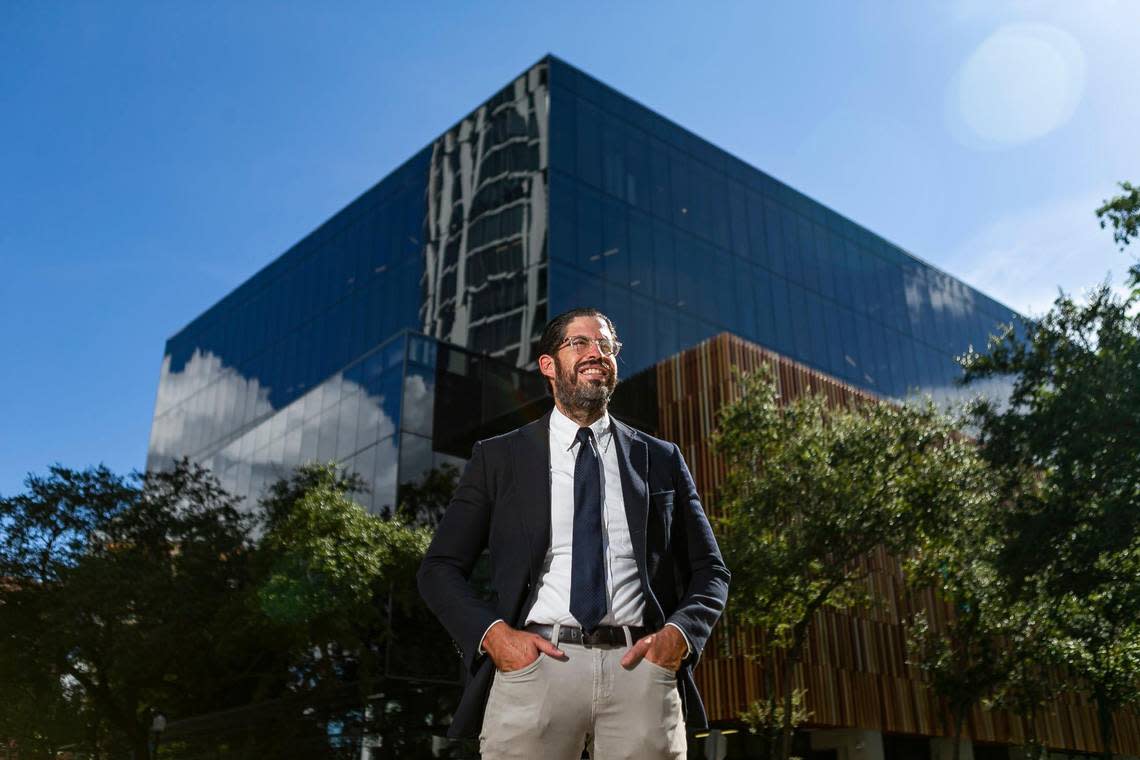