WASHINGTON — President Donald Trump said Thursday that he will no longer hold a large, in-person Republican convention in Jacksonville, Florida, because of the coronavirus but that he will hold virtual events and still give an acceptance speech.

“I told my team it’s time to cancel the Jacksonville, Florida, component of the GOP convention. We will be starting in North Carolina for the Monday, as has always been planned. We were never taking that off,” Trump said at a news conference at the White House.

Trump said it was “not the right time” for a big convention, adding that he had “to protect the American people.”

“People making travel arrangements all the over the country, they wanted to be there,” Trump said, adding: “I just felt it was wrong to have people going to what turned out to be a hot spot.”

Trump’s plans for Jacksonville appeared to be in peril this week when the City Council president raised safety and health concerns and threatened to oppose a key funding bill for the convention.

The convention had also been struggling to raise money from donors, Republican sources said. After millions of dollars were lost in moving the convention from North Carolina to Florida, major donors — already skeptical that the event would take place — were being asked to contribute again for the Florida location.

Trump said that he had spoken with Republican Gov. Ron DeSantis about his decision and that the governor had not pressured him. Trump said his decision was based on safety concerns and the media backlash he thought he would get.

“I could see the media saying, ‘Oh, this is very unsafe,'” Trump said. “I don’t want to be in that position.”

Trump said he would make an announcement in the coming days about new plans for the convention, saying it would be in a “different form” from the large arena event he had hoped for.

“We’ll announce what we’re doing, how we’re doing it, whether it’s something that’s done online,” Trump said, lamenting that “there could be nothing like our last convention, unfortunately.”

“That was a great convention. … But it’s a different world, and it will be for a little while,” Trump added.

Trump had been scheduled to deliver his acceptance speech on Aug. 27, the 60th anniversary of Ax Handle Saturday, when a group of white men in Jacksonville attacked peaceful Black protesters demonstrating in support of racial justice.

Download the NBC News app for breaking news and politics

Florida is one of the battleground states most critical to Trump’s re-election. He narrowly won the state in 2016, taking 48.6 percent of the vote to Hillary Clinton’s 47.4 percent.

Democrats have planned for Biden to accept the party’s presidential nomination at a nearly all-virtual convention in Milwaukee the week before the GOP event. Because of health concerns, delegates were told to stay home.

At his news conference Thursday, Trump announced that he would throw out the first pitch at Yankee Stadium on Aug. 15. Mariano Rivera, the legendary New York Yankees closer who is the only unanimous first-ballot Hall of Fame inductee, was seated in the briefing room for the announcement.

Trump’s announcement came as Dr. Anthony Fauci was preparing to throw out the first pitch Thursday evening as the World Series champions, the Washington Nationals, open the shortened baseball season against the Yankees.

Fri Jul 24 , 2020
BEIJING — Chinese officials have reported two confirmed coronavirus cases in a northeastern province as China continues to see infection clusters develop even though it has largely contained the virus in most of the country. Authorities in Liaoning province have closed theaters, night clubs and indoor tourist attractions trying to […] 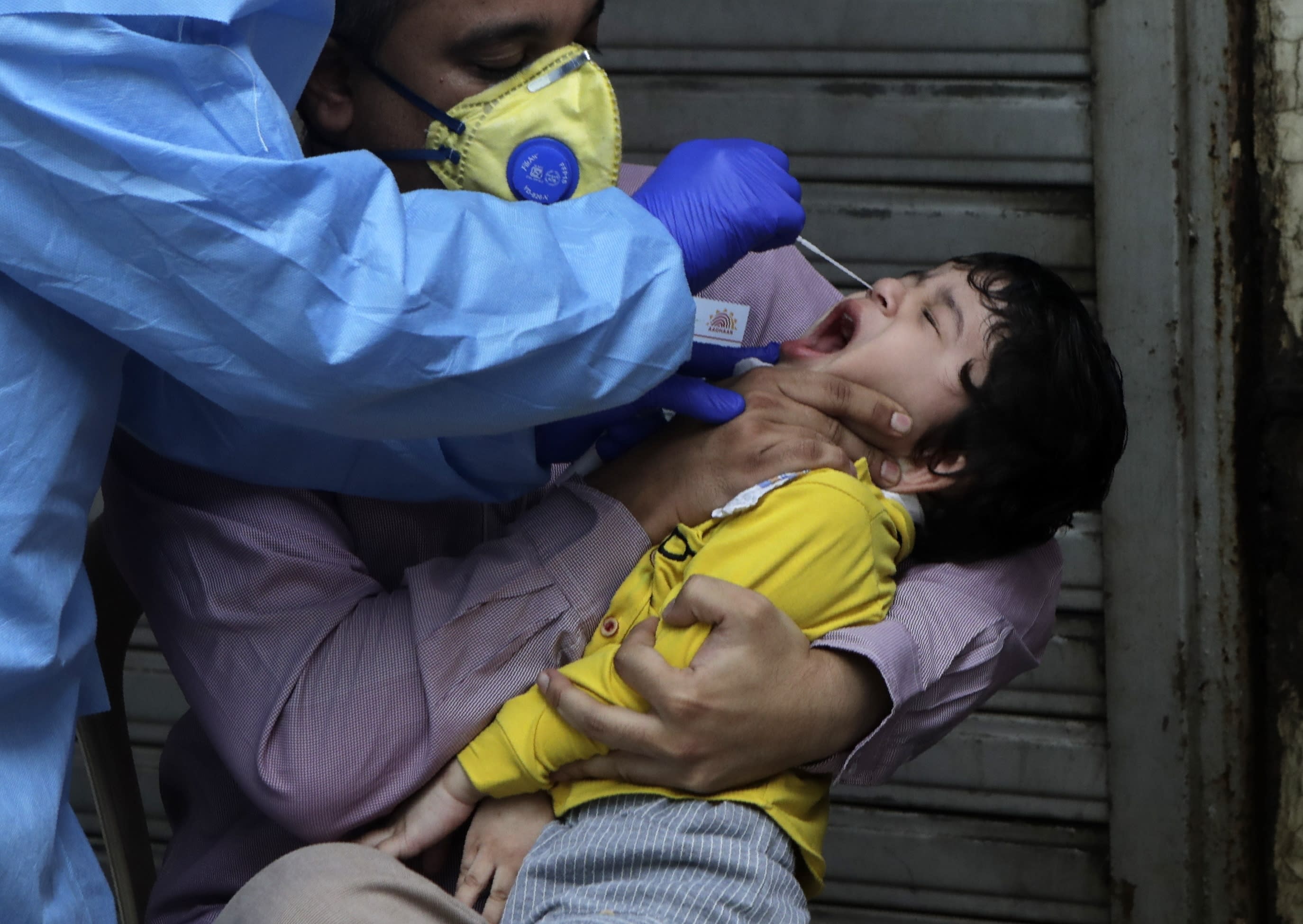