TripAdvisor has warned about a Thai hotel that made a legal complaint against a customer for negative reviews, resulting in his arrest.

Wesley Barnes, who is a US citizen, had posted several reviews which allegedly accused the Sea View Resort of “modern day slavery”.

He was subsequently detained and charged under Thailand’s strict anti-defamation laws. He was later released after issuing a public apology.

Now TripAdvisor has hit back.

The saga appeared to have ended when Mr Barnes left Thailand last week.

But TripAdvisor has had the last word by leaving a warning notice on the hotel’s page.

“This hotel or individuals associated with this hotel filed criminal charges against a TripAdvisor user in relation to the traveller writing and posting online reviews. The reviewer spent time in jail as a result,” it says.

“The hotel may have been exercising its legal rights under local law, however, it is our role to inform you so you may take this into consideration when researching your travel plans,” it adds.

The warning is the first of its kind on the site.

In a statement, TripAdvisor said it believed in “the right of every traveller to write about their first-hand traveling experiences – good or bad”.

“TripAdvisor strongly opposes any action where a business, like the Sea View Hotel & Spa in Koh Chang, uses local law to send someone to jail for expressing their opinion.”

The hotel told the New York Times it was “deeply disappointed” and asserted that “the warning message from TripAdvisor is extremely misleading and lacks complete information”.

Mr Barnes, who works in Thailand, had stayed in the Sea View resort earlier this year.

He is said to have got into an argument with staff over him wanting to bring his own bottle of alcohol while dining in the restaurant.

A hotel statement said he had “caused a commotion” and refused to pay a corkage fee which was eventually waived when the manager intervened.

After leaving, Mr Barnes posted several negative reviews of the property, after which the hotel sued him for defamation, leading to his arrest in September.

He was facing up to two years in jail.

The hotel alleged that his reviews were “fabricated, recurrent, and malicious”, with one post on TripAdvisor accusing the hotel of “modern day slavery”.

Mr Barnes, though, had earlier told the BBC that this particular post was never published as it violated TripAdvisor’s guidelines.

He also said he had already lost his job over the incident and expressed concerns that the publicity his case had received would make it harder to find new employment.

The hotel said that after the reviews had been published, it had received cancellations and inquiries about employee treatment.

The case was eventually dropped after the American apologised for “repeatedly false and untrue statements… made to maliciously defame Sea View. These reviews were written out of anger and malice”.

Thu Nov 12 , 2020
Biden has made clear that he wants to reset the US relationship with top allies, especially those across the Atlantic. But on complex questions like how global tech firms should be taxed, deep disagreements will remain, even under a new US administration. Meanwhile, Europe’s mission to crack down on misbehaving […] 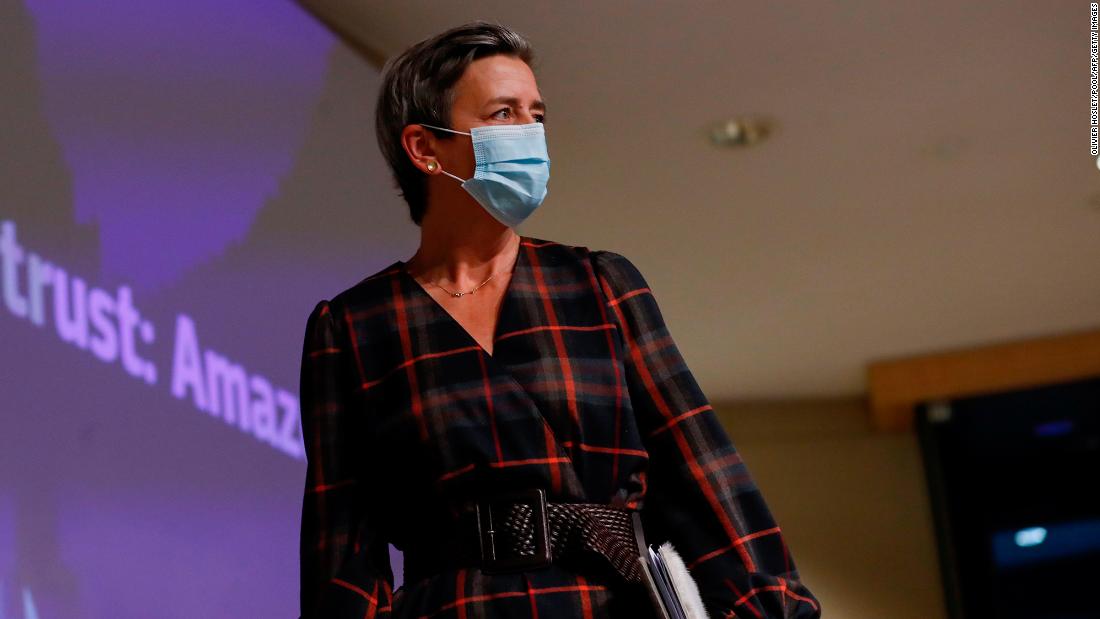