In a letter to English local authorities updating them about the forthcoming second round of Emergency Active Travel funding, the U.K. Transport Secretary concluded by saying “no one should be in doubt about our support for motorists.” This apparent reverse of his position given in front of TV cameras on May 24—when he said pedestrians and cyclists would be favoured—could be a sop to those Tory MPs who have received constituent complaints about pop-up cycleways and the installation, without consultation, of anti rat-running barriers to create “low traffic neighborhoods.”

According to the letter dated October 16, Shapps appears to water down previous government advice to prioritize pedestrians and cyclists. The letter—addressed to “Local Transport Authority Leaders”—says councils must “balance the needs of cyclists and pedestrians with the needs of other road users, including motorists and local businesses.”

Councils may be forgiven for being confused about this latest stance because, back in May, Shapps used the government’s daily coronavirus briefing to reveal that walking and cycling would become the norm for urban travel, with motor cars pushed to the periphery.

He predicted that we would not “return to how things were” but “come out of this recovery stronger, by permanently changing the way we use transport.”

Shapps stressed back then that the government would be “speeding up the cycling revolution, helping individuals become fitter and healthier. And reducing air pollution, which remains a hidden killer.”

In March, Shapps wrote a foreword to a Department for Transport (DfT) plan to “decarbonize” transport saying that, in the future, “we will use our cars less.”

In July, the DfT explicitly said the plan was to “reallocate road space” away from motorists, and councils were urged to be bold in reshaping roads.

Draft guidance expected to be published soon by the DfT retains this roadspace reallocation advice so Shapps’ new letter to local authorities is being seen by some experts as a back covering exercise and not, as The Sunday Telegraph reported on October 18, a full-scale retreat.

The councils were told in May that millions of pounds would be “released as soon as possible so that work can begin at pace on closing roads to through traffic, installing segregated cycle lanes and widening pavements.”

The letter sent to English local authorities on May 27 continued “to receive any money under this or future tranches, you will need to show us that you have a swift and meaningful plan to reallocate road space to cyclists and pedestrians, including strategic corridors.”

The letter told local authorities that walking and cycling are now “essential” forms of transport that can “help us avoid overcrowding on public transport systems as we begin to open up parts of our economy.”

Signed by Rupert Furness of the DfT’s Active and Accessible Travel unit, the letter stressed: “We have a window of opportunity to act now to embed walking and cycling as part of new long-term commuting habits and reap the associated health, air quality and congestion benefits.”

£250 million of “Emergency Active Travel Funding” was announced by the DfT in May.

The DfT told councils to “begin at pace on closing roads to through traffic, installing segregated cycle lanes and widening [sidewalks].”

While welcoming the spread of pop-up cycleways, Furness said they could be “more difficult to implement quickly” so local authorities should prioritize “point closures.” That is, “closing certain main roads or parallel side streets” to motor traffic.

Many of these closures, and associated pop-up cycleways, were considered to be temporary but a survey for the local authorities revealed that the DfT would also consider “permanent segregated cycleways” and “new permanent footways.”

The DfT letter to council urged speed and ambition: “Anything that does not meaningfully alter the status quo on the road will not be funded,” stated Furness.

Those local authorities that acted swiftly and with purpose could, continued the letter, expect to receive further funds “to install further, more permanent measures to cement cycling and walking habits.”

The new and startling emphasis on cycling and walking from the government came from the very top.

Before he became Prime Minister Boris Johnson was an everyday bicycle commuter and when he swept into power he appointed journalist Andrew Gilligan as his transport advisor. Gilligan was cycling commissioner when Johnson was Mayor of London, and it was Gilligan, not Johnson, that was most responsible for pushing through London’s protected cycleway program.

Back in May, Boris Johnson promised the near future “should be a new golden age for cycling.” He made this comment in parliament during Prime Minister’s question time.

Transport Secretary Grant Shapps took his lead from Johnson and—before the letter sent to local authorities on October 16—had become a vocal champion of active transport.

Many of the pop-up cycleways and widened sidewalks were installed using COVID-specific emergency traffic regulation orders introduced by the government in June which required less advertising in advance.

At face value, it might appear that Shapps has now backtracked on these emergency powers, but, reading between the lines, some experts believe the Transport Secretary’s letter is playing to the audience, with the audience being those Tory MPs who have complained to him about the “imposition” of “hastily designed” cycle schemes and low traffic neighborhoods.

“We are not prepared to tolerate hastily introduced schemes, which will create sweeping changes to communities, without consultation,” says Shapps in the latest letter.

Emergency traffic regulation orders (ETROs)—using online notices rather than traditional methods such as local newspaper advertising—were favored in June and did not require in-person consulations, but Shapps now states that local authorities must have “genuine plans” to “consult their local communities.”

The government’s Statutory Instrument No. 51, which came into force at the end of May, stated that: “The amendments … are intended to speed up the time it takes for traffic authorities to make the traffic orders that are needed to put in place measures to deal with the effects of coronavirus, including the need to encourage social distancing and promote active travel, for example, walking and cycling.”

“The crucial test,” says Shapps in the new letter, is does an active travel scheme “deliver for the community it serves, and has it been done with their consultation.”

According to the letter which I have obtained, Shapps states that the “benefits to cycling and walking” must not “outweigh the dis-benefits for other road users.”

This appears to be a reversal of his previous position.

Funding for cycling and walking schemes going forward would only go to those councils that will make “positive changes to our roads, to make sure that everyone has the space and ability to move easily and without delay, no matter what their transport type.”

In the October 16 letter Shapps states: “We know that the majority of people support reallocation of road space for cycling and walking in their local area.”

However, he adds there were many badly designed schemes and a “notable number of councils used their funding poorly and were simply out of step with their local communities.”

According to Shapps there were “far too many instances where temporary cycle lanes were unused due to their location and design, while their creation left motor traffic backed up alongside them; of wide pavements causing unnecessary congestion in town centres; and other issues that many have, rightly, reacted angrily too.” [sic]

Some schemes now been “scaled back and revised,” he added.

Local authorities are due to hear soon about which of their active travel schemes will be funded by the DfT, and experts believe Shapps’ latest letter shows that the decision is imminent but that only those schemes that have been designed well and have gone through a local consultation process will receive monies.

Stardew Valley to Get Splitscreen Co-Op in Upcoming Version 1.5 Update 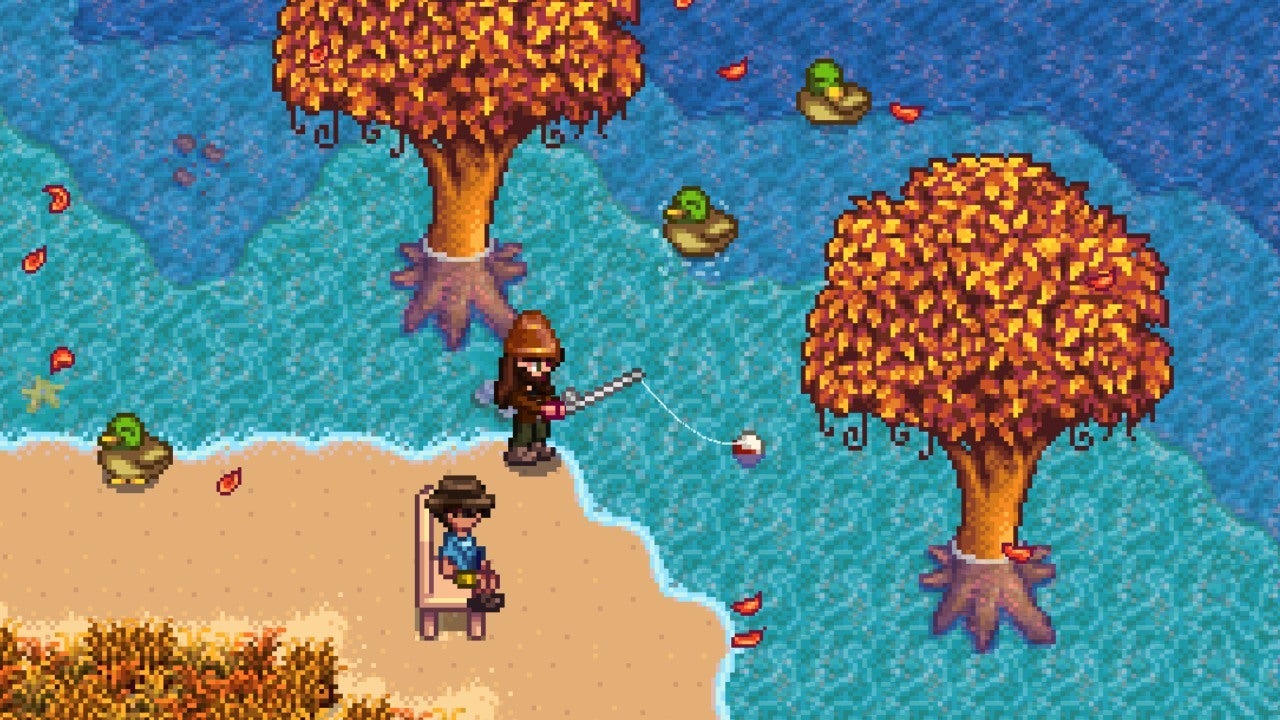