Torchlight III launches October 13 for PS4, Xbox One, and PC, later in 2020 for Switch 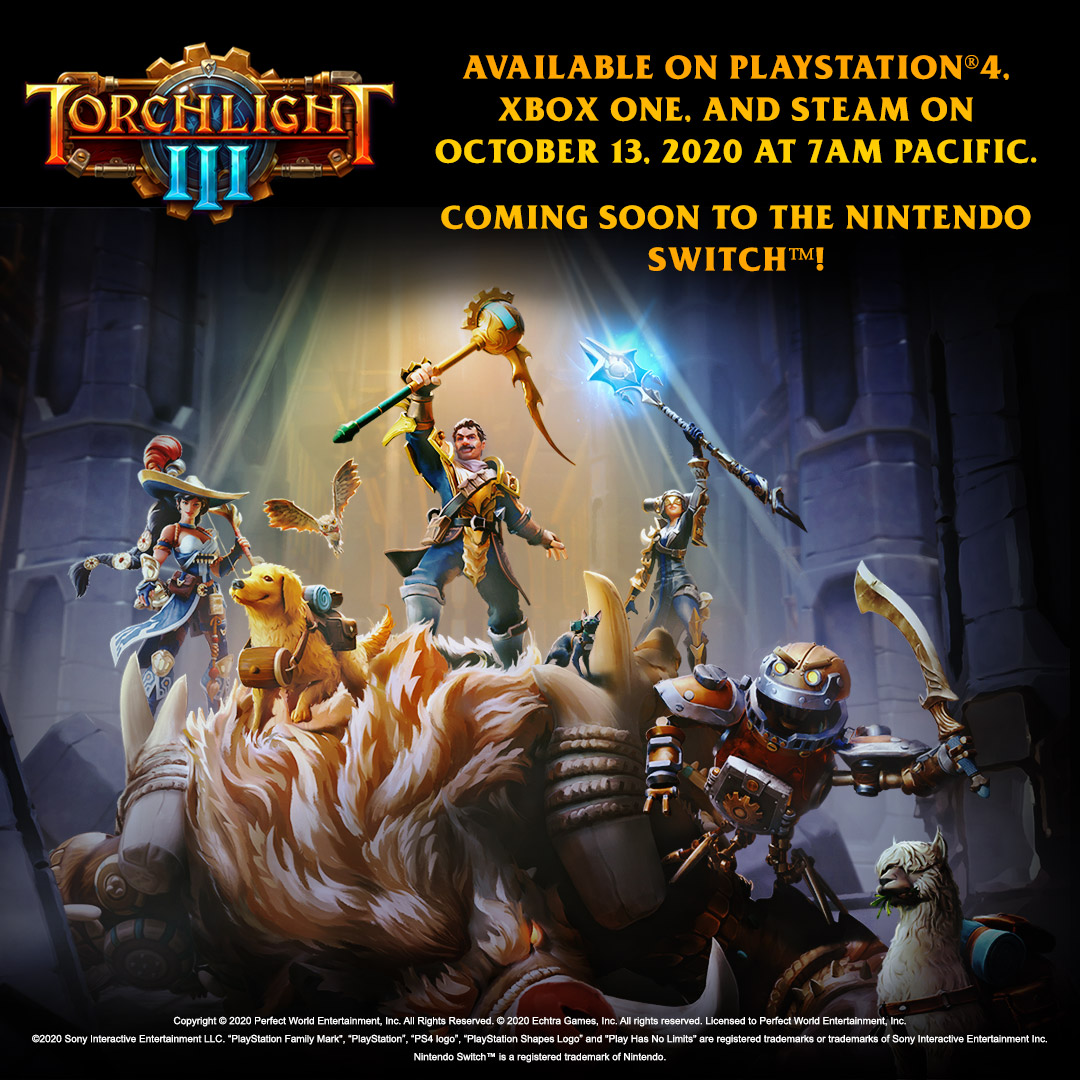 Torchlight III launches October 13 for PS4, Xbox One, and PC, later in 2020 for Switch

Torchlight III will exit Early Access and launch for PlayStation 4, Xbox One, and PC via Steam on October 13, and for Switch later in 2020 for $39.99, publisher Perfect World Entertainment and developer Echtra Games announced.

“The full release of Torchlight III wouldn’t have been possible without all of the incredible work from the entire Echtra team and our excellent community of Early Access players,” said Echtra Games CEO and Torchlight series co-founder max Schaefer in a statement. “We’ve put our heart into this new adventure and it has been awesome getting so much support from players while the game has been in live development. With the significant changes we’ve made throughout Torchlight III’s journey in Early Access, we have done our best to meaningfully integrate players’ feedback as much as possible into the game as we march toward launch. Next month, we can’t wait to welcome all players to the Frontier!”

Here is an overview of the game, via Perfect World Entertainment:

In Torchlight III, it’s been a century since the events of Torchlight II, where the great heroes of old defeated The Dark Alchemist and sealed the Netherlord’s heart inside the Clockwork Core. The heroes brought peace to the world of Novastraia, but now the Ember Empire finds itself on the brink of collapse as it’s under threat of invasion by the Netherim and its allies. To save Novastraia, Torchlight III players will need to gather their wits and brave the frontier in search of fame, glory and new adventures to become the legends the world needs them to be.

Torchlight III is the latest successor to the action RPG cult classics, Torchlight I and II, originally developed by Runic Games. This fast-paced dungeon crawler brings fans back to the beloved Torchlight universe to hack and slash their way through a brand new world filled with hordes of goblins, undead and other dangerous Netherim creatures. Adventurers can party up with friends or venture into the vast wilderness alone, where they will find loot, explore dungeons, collect epic gear and build their very own fort to show off to the world. Torchlight III features four unique hero classes (Dusk Mage, Forged, Railmaster, and Sharpshooter), plus a myriad of new and familiar combat pets to help players fight their way to fame and glory.

Each version of Torchlight III will come with the following exclusive Fairy pet: