In mid-December, Aaron Raby shot and killed an elephant. Hours later, he had a piece of it for dinner, with a side of sliced tomato and avocado.

A self-described “blue-collar” Los Angeles crane operator, Raby paid more than $30,000 for the once-in-a-lifetime experience — traveling more than 10,000 miles to South Africa to shoot and kill the tusked pachyderm. He then paid roughly $10,000 to have its head preserved as a souvenir of his adventure.

Yet Raby may never receive his trophy — which is still in South Africa being prepared by a taxidermist — if California enacts new legislation, Senate Bill 1175.

The legislation, which has passed the state Senate and is expected to pass the Assembly on Tuesday, would prohibit the importation and possession of animal parts from a list of endangered and threatened African species, including elephants, lions and rhinos.

“It’s time to wake up and realize that we’re in the middle of a mass extinction event,” said Sen. Henry Stern (D-Canoga Park), who wrote and shepherded the bill through the Senate.

Similar legislation passed both the Assembly and Senate two years ago but was ultimately vetoed by then-Gov. Jerry Brown, who called the trophy ban “unenforceable.” Stern said circumstances have since changed, and is confident the current governor, Gavin Newsom, will sign this year’s bill.

For Raby, the consequences of his latest kill are just starting to unfold. After the hunt, he posted images of his trophy on Facebook, YouTube and AfricaHunting.com, a website for hunters.

People for the Ethical Treatment of Animals, an animal rights activist organization, independently obtained video of the elephant shooting, which it released Monday and plans to use in a late-session campaign to ensure passage of Stern’s legislation.

Raby said he has faced threats and online harassment before, such as when he posted an image of himself with a lion he had killed. But the PETA campaign is sure to bring him a new notoriety, and deepen the debate about trophy hunting.

“I don’t understand why this is anybody’s business but my own,” Raby said. “What I did is legal. I didn’t break a law. They’re going to place a ban because a bunch of … crybabies that don’t like hunting.”

California has become a focus of the trophy fight partly because the federal government has vacillated on banning such imports. This year, the Trump administration approved the import of a lion trophy from Tanzania, the first since lions began receiving protections in January 2016 as a threatened species.

Fearing the administration may approve more trophy imports, wildlife advocates are hoping California will provide a line of defense.

Some experts argue the practice provides funding for local communities, raises money for wildlife management and gives people who live near dangerous or destructive animals — such as lions and elephants — an incentive to conserve them instead of kill them.

Others say there is no evidence that trophy hunting provides these benefits, and, even if it did, they question whether killing and dismembering such creatures justifies those ends.

The scope of the imports is vast. In 2017 alone, more than 650,000 wildlife trophies were imported to the United States, including species considered internationally rare or threatened, according to a report from the Congressional Research Service.

Last winter, after years of diligently saving, Raby embarked on a two-week hunting expedition in South Africa, led by a pair of experienced safari guides.

A video of the hunt, which PETA shared with The Times, shows a startled elephant facing the hunter and his phalanx of guides and trackers. As the young male pachyderm looks on — his ears widening — the guides set up a tripod upon which Raby places his rifle.

Raby’s guides continue to encourage him to get a cleaner shot. They never offer or attempt to intercede to quickly end the animal’s suffering.

The video cuts off before the elephant dies, although later footage — which Raby posted on YouTube and his Facebook page — shows crews skinning and deboning the elephant.

Raby has killed hundreds of animals across North America, as well as in Europe, Africa and Russia. Photos of his forays can be viewed on his public Instagram page, including one that shows a dead wolverine and another in which he is hugging a dead leopard.

Raby said he hunts not for the kill, but for the experience and adventure of the hunt — living outdoors, cooking around a campfire, tracking an animal and immersing himself in the wild.

He also notes that lions regularly kill agricultural and pastoral animals — and occasionally people — while elephants can destroy homes and crops.

“We pay a lot of money to hunt these animals,” Raby said. “If we didn’t hunt, that land would be converted into cattle ranches and there’d be poaching. They don’t want lions killing their cattle or elephants destroying their crops.”

Craig Packer, a biology professor and director of the University of Minnesota’s lion research center, said there are examples of successful trophy-hunting conservation preserves in countries such as Namibia and Zimbabwe — in which the proceeds from international hunting expeditions have provided funding to conserve wildlife habitat and employ people from local communities.

Unfortunately, he said, in most places, these reserves don’t translate into the desired outcomes because the money spent by hunters — a lion hunt can range from $20,000 to $70,000 — doesn’t come close to the kind of money needed to conserve biodiversity and manage habitat. Or employ enough people to have a meaningful effect on a community.

In addition, corruption in many countries and regions often makes it impossible to know where the money is going, to whom, and how the hunts are regulated.

“Many of these hunting preserves are fly-by-night operations. Business owners swoop in, sell big takes, and leave. They aren’t in it for the long term,” he said.

“The emperor has no clothes,” said Adrian Treves, a conservation biologist at the University of Wisconsin and director of the Carnivore Coexistence Laboratory.

Treves says there are no concrete data supporting the idea that hunting promotes biodiversity, habitat conservation or local employment and engagement. Proponents tend to repeatedly cite the few studies that bolster the argument for hunting, creating a body of research that boils down to “self-citation,” he said.

An even bigger issue, said Chelsea Batavia, a conservation biologist at Oregon State University, is ethics.

“We know these animal are intelligent, they have emotional capacity and they have complicated social lives,” she said. Even if proponents could demonstrate that trophy hunting benefits conservation, she added, “do the ends justify the means?”

The debate, she said, needs to be seen in the context of colonialism, in which European traditions were and still are imposed upon Africans. What is needed, she said, are alternative conservation measures that aren’t issued from the top or from outside, but supported and embraced by local communities.

PETA is requesting that officials from South Africa investigate Raby’s hunt and, in particular, the prolonged death of the elephant.

In a letter to officials at the Balule preserve, Jared Goodman, PETA’s vice president and deputy general counsel, said the kill violated the preserve’s requirement that animals are provided with “ethical and humane” treatment and that its guides comply “with the highest moral and ethical standards in recognition of a reverence for life and good sportsmanship.”

As for Raby, he said he’d leave California if Stern’s legislation becomes law.

“We’re not all bloodthirsty, psycho machines that people make us out to be,” he said. “I promise you, I can read an animal better than someone who is against hunting. They say they like animals, but they don’t know anything about them.” 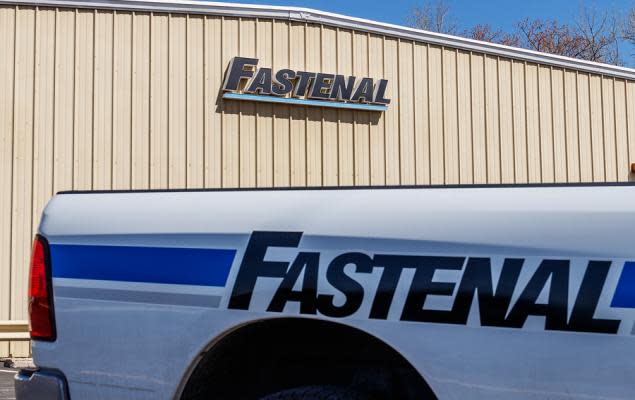