It’s hard to find an industry that hasn’t been majorly affected by the coronavirus pandemic, but arguably travel, hospitality, and retail have been hit hardest. As businesses across the country grapple with the painful reality of the COVID retail landscape, many are being forced to make difficult changes. Recently, iconic department stores like Century 21 and Lord&Taylor announced their closures, and now, there’s another addition to the ill-fated list of retailers that are not surviving the pandemic. Beloved home store Sur La Table is closing more than half of its locations across the U.S.

Sur La Table’s liquidation sales are underway at the soon-to-be-shuttered stores and will continue until the retail branches close for good at the end of September.

In a statement, Sur La Table, which was founded in Seattle in 1972, said the recent development was “a result of the financial impact of the COVID-19 crisis.”

Many experts now cite the pandemic as a catalyst that sped up an already growing crisis in the retail world: As more people turn to shopping on the internet and avoid crowded shops, some of the biggest players are paying the price.

“The whole business model of a mall, which is about pulling in as many people as you can and getting them to stay for as long as you can, has just unraveled,” Neil Saunders, managing director of consultancy GlobalData Retail, previously told USA Today. And as once marquee department stores designed to bring in foot traffic continue to close up shop as people make their purchases online, the problem will likely only get worse, he adds.

Sur La Table joins a rapidly growing list of major retailers that have been felled by the pandemic across the U.S. Read on to find out what other stores you’ll have to say goodbye to. And for another recent victim of COVID, check out This Beloved Discount Store Is Closing All of Its Locations.

Another home goods store, Pier 1 Imports, was one of the earliest national companies to feel the effects of the COVID pandemic, filing for bankruptcy on May 19 and subsequently closing all of its stores.

Discount store Stein Mart filed for Chapter 11 bankruptcy in August. On Sept. 14, the 112-year-old company announced it will be closing its 280 stores across 30 states for good with a going-out-of-business sale currently under way. And for more stores we had to say goodbye to, check out these 17 Once-Beloved Department Stores That Are Now Defunct.

Iconic New York department store Century 21 announced on Sept. 10 that it would be closing its 13 stores. Century 21 is now having a going-out-of-business sale on its designer goods. And if you’re on the hunt for good deals, head to The Secret Store on Amazon With Tons of Popular Items on Sale.

On Aug. 27, the oldest department store in the U.S., Lord&Taylor, announced it was filing for Chapter 11 bankruptcy and going out of business.

In early May, Neiman Marcus filed for Chapter 11 bankruptcy. The good news is, according to Business Insider, the chain has only closed 22 stores, leaving some locations still open if you’re lucky. And if you’re looking to make money while you shop, learn The Secret Trick to Get Money From Amazon You Need to Know.

Though Nordstrom announced in May that 19 of its 116 stores would be closing, the company will be keeping Nordstrom Rack locations intact, per Business Insider.

Forever 21 filed for bankruptcy pre-pandemic in Sept. 2019, but it’s since been forced to close hundreds of locations, according to Business Insider. And for more up-to-date news delivered straight to your inbox, sign up for our daily newsletter.

Wed Sep 16 , 2020
LAGUNA BEACH, CA — Laguna Beach Mayor Bob Whalen delivered the State of the City Address Tuesday evening from his home over Zoom. The online meetings are the new method of getting city business into the public eye since the coronavirus began. Since March, when Laguna Beach officials made swift, […] 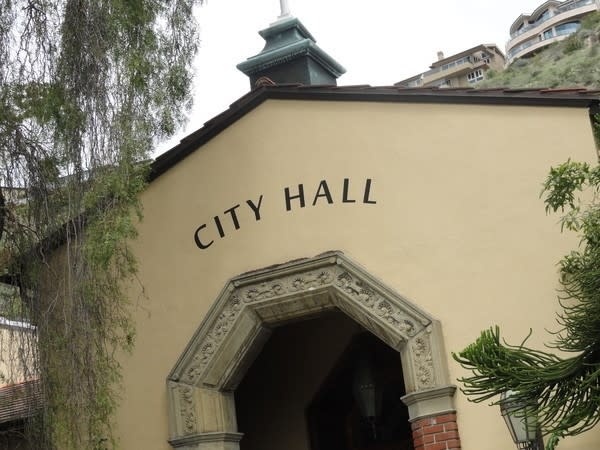