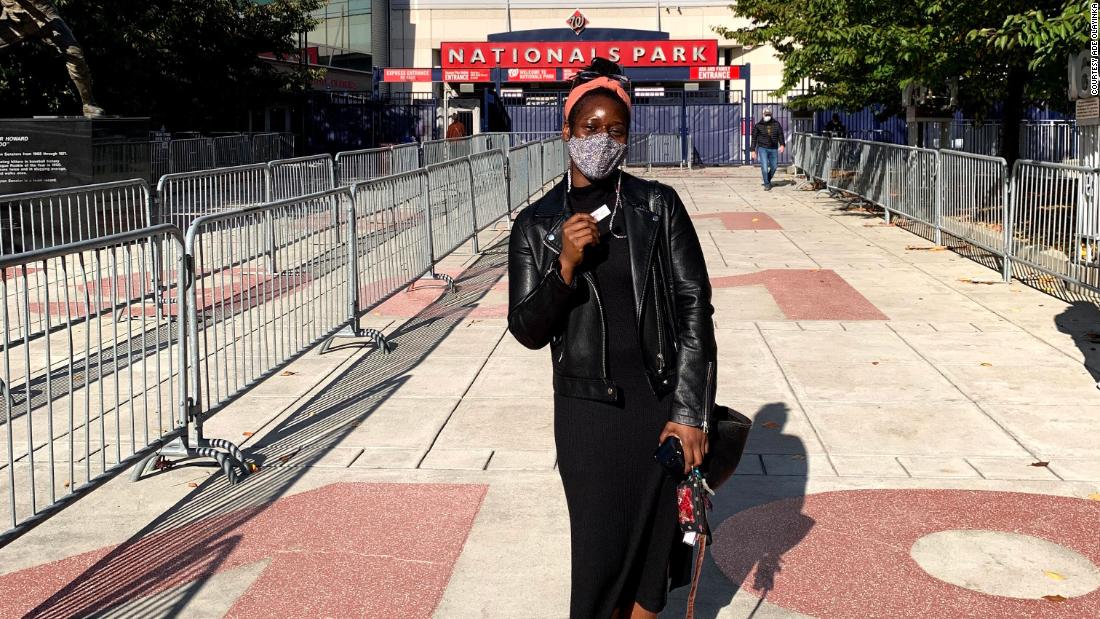 Just ask Rishi Mohnot. The 31-year-old has been traveling all over the country for work, and didn’t realize until five days before Election Day that he had missed the deadline for requesting an absentee ballot.

“I wasn’t 100% on top of it, because I have a busy job,” Mohnot told CNN, minutes after having cast his ballot. “I just realized that it was going to be easier if I just voted in-person.”

The flight, and the line to vote this morning, were pretty empty, Mohnot said. He and his father went to the polls around 2:30 p.m. ET this afternoon, and both cast their ballots in less than 10 minutes.

Mohnot is among countless American voters who either missed the deadline to request a mail-in ballot, or never received one in the first place.

Whether it’s mail delivery or printing errors, or the sheer amount of people voting by mail for the first time this election, states are overwhelmed. And for people with the means to do so, booking a last minute flight has become a costly solution to ensure their vote gets counted.

The experience was “worth it,” Mohnot said. “My family was initially surprised about what I was doing. But it also seemed like the right thing to do.”

‘It’s shocking how common my story is’

The 29-year-old, who splits his time between Kenya and Minnesota, is a community activist who became a US citizen in 2018. He originally planned to return back to the US at the end of this year, before he realized it wouldn’t give him enough time to vote.

When he contacted the US Embassy for help, he realized that his best bet would be rescheduling his flight. Olat dropped $1,200 to book a flight from Nairobi, Kenya to Minneapolis, Minnesota, where he is a registered voter.

In order to get back home, Olat said he flew Sunday at 11 p.m. from Nairobi to Frankfurt, Germany, to New York City, before landing in Minneapolis on Monday at 5 p.m. He arrived to the polls this morning, and showed up to vote at 8 a.m. local time.

“As a Somali-American, my family and I were nervous about this election,” Olat told CNN. “I’m really scared about what’s going to happen, and I knew I had to vote.”

The 31-year-old, a Washington, DC, resident, has been living with her sister in Iowa during the pandemic. Despite calling the DC Board of Elections multiple times, she said the ballot didn’t make its way to her sister’s address in time.

So, Olayinka booked a $500 round-trip flight back to DC last weekend. She left on Friday, and made it on time to vote at an early voting site before flying back to Iowa on Sunday.

“It’s shocking how common my story is,” Olayinka told CNN. “I called the Board of Elections, even after I had bought my ticket, just to see if they would be able to send it to me on time. The woman I spoke to sounded so tired, and so dejected. They’re all just so overwhelmed.”

Because Olayinka had cleared out her apartment before moving in with her sister, she had to book a hotel for the weekend, and a rental car to get around. In total, she spent almost $1,000 on a trip to vote.

Olayinka said she considers herself lucky enough to have been able to afford it.

‘Nobody should have to do this’

In August, Jaclyn Wong, 31, and her partner, trekked from South Carolina, where they live, to California to stay with family during the pandemic.

They had contacted South Carolina’s board of elections about receiving mail-in ballots in California, and were assured that it they were good to go.

“We had already requested for ballots to (come to) my family’s California home,” Wong told CNN. “So, when I called, I said I had set up mail forwarding to go to California (and asked) do I need to update that absentee ballot request to put in a new address for California, or is my ballot going to arrive with mail forwarding? But the person I talked to said I was fine, (and that) I don’t need to do anything.”

In October, Wong started checking the status of her absentee ballot online. She saw it had been sent out on October 9, but by the end of the month, she said she still hadn’t received it at her family’s California address.

So Wong, an assistant sociology professor at the University of South Carolina, had to do something she didn’t intend to do multiple times during a pandemic: She caught another flight — this time back to South Carolina.

The US Center for Disease Control maintains that air travel “can increase your chances” of contacting coronavirus, and still recommends that people stay home. For Wong, the fear of catching Covid-19 became an added stress to the voting process this year.

“The entire experience was terrifying,” Wong, 31, told CNN. “It completely upsets me that I had to go through something like this.”

She said she spent about $550 on a plane ticket back to South Carolina, traveling through three airports before making it home in time to cast her ballot on October 28.

When she got to the polls, Wong said she had to wait in line for about an hour.

“It I hadn’t been someone who was privileged in the way that I am, I wouldn’t have been able to do this,” Wong said. “That to me is not what a free democracy is. Nobody should have to do this.”