If you follow the news on TV or online, the world can look like a pretty grim place. And, of course, in some ways it is. But buried in the daily deluge of disasters and destruction, there are some pieces of good news, too. And some of them, despite their comparative lack of attention, are pretty important pieces of good news. Here are a few that I’ve noticed lately.

A big step toward peace in the Middle East

Over the past three years, the Trump administration has engaged with Saudi Arabia, the Persian Gulf states and the rest of the Arab world. The message it has sent has been that these nations need to ally with each other against the greatest threat to their region: Iran. And that they need to ally not only with each other but also with the greatest power in the region: Israel.

And that’s what has happened. Where the Arab nations for years maintained (at least in public) a united stance against Israel’s very existence, now they are accepting it. It’s huge. And don’t just take my word for it. The New York Times’ Thomas Friedman called it a “geopolitical earthquake.”

Writes Friedman: “Just go down the scorecard, and you see how this deal affects every major party in the region — with those in the pro-American, pro-moderate Islam, pro-ending-the-conflict-with-Israel-once-and-for-all camp benefiting the most and those in the radical pro-Iran, anti-American, pro-Islamist permanent-struggle-with-Israel camp all becoming more isolated and left behind. …  It was Donald Trump’s peace plan drawn up by Jared Kushner, and their willingness to stick with it, that actually created the raw material for this breakthrough. … This deal will certainly encourage the other Gulf sheikhdoms — Bahrain, Oman, Qatar, Kuwait and Saudi Arabia — all of which have had covert and overt business and intelligence dealings with Israel, to follow the United Arab Emirates’ lead. They will not want to let the UAE have a leg up in being able to marry its financial capital with Israel’s cybertechnology, agriculture technology and health care technology, with the potential to make both countries stronger and more prosperous.”

It’s not just me and Tom Friedman. Others think so, too. Christian Tybring-Gjedde, who is a member of the Norwegian parliament and serves as chairman of the NATO Parliamentary Assembly, has nominated President Trump for a Nobel Peace Prize. According to Fox News, he wrote: “As it is expected other Middle Eastern countries will follow in the footsteps of the UAE, this agreement could be a game-changer that will turn the Middle East into a region of cooperation and prosperity. … Indeed, Trump has broken a 39-year-old streak of American presidents either starting a war or bringing the United States into an international armed conflict. The last president to avoid doing so was Peace Prize laureate Jimmy Carter.”

Trump might not appreciate that particular comparison, but it is nonetheless true.

And, in fact, since Friedman’s column, that’s exactly what has been happening, as other nations have jumped on board. The Trump administration also negotiated a normalization of economic ties between Serbia and Kosovo, whose disputes have been a source of trouble since the Clinton administration — and as part of that deal, those two nations have normalized their ties with Israel.

Middle East peace accord: Success in the UAE-Israel accord is good news for everyone except the Palestinians

The first commercial flight from Israel to Abu Dhabi has already happened. The Agence France-Presse reports: “The word ‘peace’ was painted on the plane’s cockpit in Arabic, English and Hebrew.”

Like I said, you’d think peace in the Middle East would be a bigger story. Sure, there are problems with Turkey and Iran, and if you move outside the Middle East to North Africa, Libya is still in shambles after Secretary of State Hillary Clinton’s ill-advised removal of Libyan strongman Moammar Gadhafi, but it’s good news for all that. The biggest destabilizing force in the region — and in America’s diplomacy with the Muslim world in general — has always been the Arab/Israeli conflict, and the Trump diplomatic offensive has drawn the poison out of that relationship.

Second, the economy is recovering fast from the pandemic-related shocks. Last month saw a major drop in unemployment to 8.4%, as 1.4 million jobs were created. That’s still nowhere near the fabulously low unemployment numbers we were experiencing just before the pandemic, but the recovery is outpacing the experts’ predictions and offers promise of returning to something like pre-pandemic levels in the next few months if these trends continue.

That’s really not surprising, I suppose. The drop in economic activity and employment was partly the result of government-ordered shutdowns. Nonetheless, it’s nice to see things moving back to normal.

Third, despite the problems, the pandemic has demonstrated the flexibility and adaptability of the modern economy. My own industry — higher education, not known for its flexibility or adaptability — managed to go entirely online within the space of two or three weeks. Now schools are experimenting with all sorts of alternative approaches. (Last semester I taught with a webcam from my study, which was OK — you can see one of my classes that was broadcast on C-SPAN here. This semester, I set up a three-camera studio in my pool house, with a teleprompter-style monitor that lets me look straight into the camera while talking to my students.) There were spot shortages, but even toilet paper and paper towels seem widely available now; the biggest shortage is probably of ammunition, the result of people hoarding.

Fourth, the new frontier keeps getting closer. SpaceX keeps launching its Starlink satellites and working on its next-generation Starship rocket. Startup Rocket Lab is working on a private Venus mission. Jeff Bezos’ Blue Origin is at work on a moon lander. And, of course, SpaceX delivered two astronauts to the International Space Station in May and returned them safely to Earth in August. A decade ago, America seemed to be stagnating on this important front. Now there’s so much good news it’s hard to keep up.

A new era: The Space Age is making a comeback, but it’s cheaper this time with SpaceX.

So buck up. It might sometimes feel as if the news media, with all their depressing and divisive coverage, are waging psychological warfare against their audience. But out in the real world, good things are happening. You just have to look past the front page to find them, sometimes.

Glenn Harlan Reynolds, a University of Tennessee law professor and the author of “The New School: How the Information Age Will Save American Education from Itself,” is a member of USA TODAY’s Board of Contributors.

You can read diverse opinions from our Board of Contributors and other writers on the Opinion front page, on Twitter @usatodayopinion and in our daily Opinion newsletter. To respond to a column, submit a comment to [email protected]

12 Affordable Fashion Brands That Are Slaying The House Dress Trend

Thu Sep 10 , 2020
You can’t go out to party in your favorite dress right now, but that doesn’t mean you can’t wear a dress at home. Take, for instance, the “nap dress” trend that has gained popularity during the COVID-19 pandemic.  If you want to take things up a notch from the nap […] 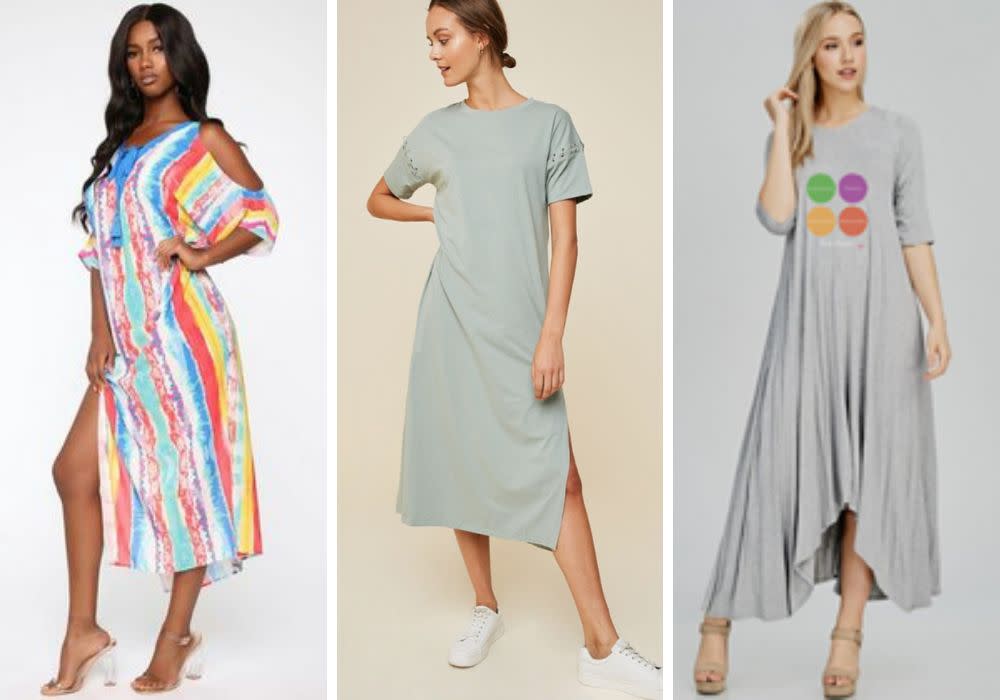