Disney’s Epcot park and Hollywood Studios in Florida reopened their doors to visitors on Thursday, after the company’s Magic Kingdom and Animal Kingdom opened on July 11 in Orlando. The moves symbolized a broader reopening by theme parks in countries worldwide.

The reopenings dovetail with hard decisions. Cash-strapped theme park owners must evaluate which technological investments they can afford and which will deliver the best long-term return.

“Many chains have had to rush forward development of new apps to support mobile ordering, advance reservations, and other customer service features that they needed to promote safe physical distancing in the parks,” Niles said. “But the lack of income over the past several months, coupled with much lower than expected income over the year ahead, will keep most parks from committing to major capital expansions for the time being.”

Revenue is in short supply. For U.S. regional parks, attendance in the fall might be half the year-over-year level, and attendance in 2021 might struggle to reach 80 percent of 2019’s levels, forecast Eric Wold, an analyst at the research arm of investment bank B. Riley FBR.

Yet parks may be able to manage the lower volumes.

“We can still remain — over short periods of time — in a positive cash flow position at a park level with attendance levels that may be as low as mid-teens or well inside of 25 percent of theoretical capacity,” said Brian Witherow, executive vice president and chief financial officer of Cedar Fair, an Ohio-based operator of 13 amusement and water parks such as Cedar Point, during a June earnings call.

Some tech bets are more self-justifying than others. Cedar Fair had been testing mobile food ordering at four parks last year. The pandemic has given it a reason to roll that concept out across its locations. Cedar Fair has also begun requiring guests to make a reservation for a park visit online to manage and limit attendance.

Denmark’s Universe Science Park, a technology-themed adventure park, has adopted technology from vendor Veovo to enforce social distancing. Veovo has created alarms that alert staff when density levels exceed guidelines. The tech studies how guests move and gather by looking at data from Wi-Fi and Bluetooth signals and 3D sensors.

Disney World Parks and Resorts in Orlando has installed temperature checks for guests and rolled out touchless bag screening and tickets scanning to decrease interpersonal contact. Visitors must make a reservation ahead for each park entry using a new online tool.

Disney has set the sector’s pace in tech investment. Its mobile app lets guests at its resort hotels check-in and unlock room doors in a contactless way. At restaurants, it has replaced physical menus with digital ones, which guests can summon up on a smartphone by scanning a code. Its MagicBand devices, which debuted two years ago, can also serve as ways to enter parks and buy souvenirs.

Yet not every theme park company has the cash resources of Disney, which charges $109 a day for a typical day pass in Florida, to invest in new technologies while also suffering a shortfall in revenue.

So operators have to pick and choose.

“A lot of the technology improvements we can do are really more about boosting productivity,” said Leonard Russ, the interim chief financial officer at Six Flags during an earnings call on June 16. “So essentially, what can we do to replace high labor cost with technology? And how do we really improve the guest experience throughout the day?”

For example, Six Flags is rolling out mobile dining across its parks this year, reducing social interactions.

Six Flags has also invested in group crowd-screening technology that aims to avoid needing to take individual temperatures of attendees. At its Frontier City park in Oklahoma City, for example, a thermal camera scans guests. Staff then pull aside any visitors who appear to have a high fever for a thermometer check.

Russ cited mobile dining as a way to reduce the need for cashiers and automated security gates as way to trim gate staffing.

Theme park operators are cautious about investing in tech for longer-term reasons, too. Some, such as Six Flags, have loaded up on debt already and have limited cash.

Parks face a long-term risk that visitor numbers may shrink for a couple of reasons. Massive investment in digital entertainment options by tech companies like Netflix might make real-world attractions less appealing in contrast.

On the bright side, operators of regional parks like SeaWorld, Six Flags, Cedar Fair, and Universal Studios in the U.S. face little competition. No one’s tried to open a large theme park in the U.S. since Hard Rock Park, which opened and closed during the financial crisis, as analyst Byrne Hobart has noted.

The limit on supply might give operators pricing power with their core park fans, according to Byrne.

Plus, an ongoing shift to digital marketing, mobile apps, and subscription passes could help operators drive more dollars out of their most loyal customers. SeaWorld has claimed early signs of success with passes.

Disney Has a Near-Term Edge

Disney has trends going for and against it when it comes to tech investment. On the positive side, it has invested far more than its North American and European rivals in technology, and every system it’s built strengthens its capabilities. It has sensors across the park to study what guests are doing, which it can match against its data from its wearable devices.

Disney’s park data also lets it get creative. It recently rolled out Play Disney Parks. The app began as a source of music to keep kids distracted while waiting in line. It has since become a a mobile game platform that interacts with specific attractions.

The company also offers MagicALL, an accessibility platform that software makers can use to create tools to help visitors with hearing or sight impairment to have better experiences in the parks.

While other theme park operators have taken steps toward harnessing data from connected sensors to make better business decisions, most are behind Disney.

While Disney may be ahead of most regional parks in tech investment, it faces other long-term headwinds. Its attractions depend on shared cultural touchstones, like its own carton characters and the Star Wars franchise. Over time, competition for attention from niche entertainment across thousands of creators may detract from such franchises’ value.

Regional parks can benefit from tech investments that boost productivity, even if they’re not tied to splashy franchise efforts.

“Without the appeal of major new rides, smaller investments in customer-facing service, such as improved apps and in-park service experiences, will provide regional parks with an opportunity to distinguish themselves,” Niles said. “I think fans will decide that they enjoy the convenience of mobile ordering food and merchandise, and I think that some parks might decide that staff scheduling and promotion becomes easier if visitors are reservations in advance.”

Fri Jul 17 , 2020
WESTPORT, CT — Extreme heat, and possible overcrowded conditions during the coronavirus (COVID-19) pandemic, may require the closure of Westport’s beaches this weekend, town officials warned. “In an abundance of caution and to insure public health and safety during the COVID-19 pandemic, when the beach reaches a capacity where it […] 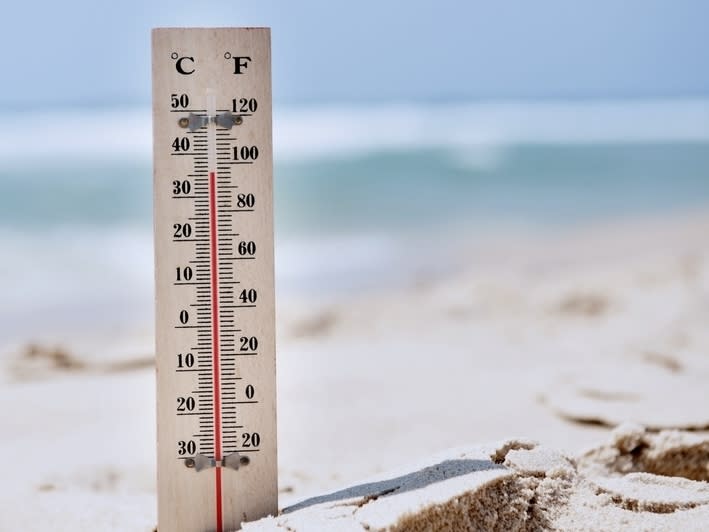