Valerie Taylor has spent six decades swimming with sharks, but the only time she’s feared for her life was when she got trapped in a whirlpool. Once, she looked down and realized her leg was in a shark’s mouth. Even that didn’t scare her. “All I thought was, ‘Oh damn, this is going to be a bit of a nuisance,’” Taylor said. Nothing happened to her leg.

At 86, Taylor still swims with sharks. She and her late husband, Ron, are arguably the most important people ever to do so. They started as champion spearfishers but decided instead to chronicle marine life after realizing that most sharks aren’t the vicious beasts they’re thought to be. The Australian couple’s work, including the popular 1971 documentary “Blue Water, White Death,” taught the world to see the ocean differently.

Now, Taylor is the subject of her own documentary, “Playing with Sharks,” which premiered at this year’s virtual Sundance Film Festival. Blending exquisite vintage footage and present-day fodder about Taylor’s experiences, it’s a profile of one woman’s intrepid conservationism.

Producer Bettina Dalton conceptualized the film after seeing “Jane,” the 2017 documentary about British primatologist Jane Goodall. As a child, Dalton adored a National Geographic image of Taylor wearing a chain-mail suit while caressing a shark underwater. “I remember having that galvanizing moment and just thinking, ‘Wow, I want to be that woman,” she said. Dalton recruited veteran director Sally Aitken, who was given access to Taylor’s diaries and roughly 5,000 hours’ worth of archives.

Much to my surprise, Taylor says she’d never before been compared to Goodall — proof, perhaps, that she is less famous than she should be.

Despite Taylor’s insistence that only “five or six” of the several hundred shark species are deadly, popular culture still treats the animals like monsters. Goodall didn’t have as hard a time getting the public to embrace her research. But in Taylor’s eyes, sharks are just as sprightly and personality-driven as any chimpanzee.

“I admire Jane Goodall very much, but I had upmanship on her because you can’t make a monkey look like anything but a monkey,” she said. “And I had all these different-looking sharks — 300 different faces to play with — so I was very lucky.”

In the documentary’s most stunning sequence, captured in the early 1980s and visible above, Taylor stands on the edge of a boat, feeding a shark. The moment is somewhat serendipitous. She had been hoisting a rope with a fish on the end. The shark seems kind, and her husband suggests she serve it directly. The shark accepts the fish from Taylor’s hand and comes back for seconds, even seeming to thank her.

Aitken lends the moment a heartening uplift. “That really paved the way for other people to get close as well,” she said. It is nature and humankind living as one, puncturing the myths that “Jaws” and its many copycats perpetuated.

Taylor knows those myths firsthand. She and her husband were responsible for the “Jaws” footage that became the famous scene in which a great white shark mauls Richard Dreyfuss’ steel cage. Unaware that Steven Spielberg’s film would become Hollywood’s first so-called blockbuster, Taylor couldn’t anticipate the damage “Jaws” would do for sharks’ reputations. Its success made the Taylors’ efforts more difficult, prompting shark killings by people who believed that the fictional thriller reflected reality.

In the aftermath, Taylor grew choosier about her projects. (She is credited on “Jaws 2” only because it incorporates unused material from the original.) The Discovery Channel’s fearmongering Shark Week, for example, has made “big offers” to acquire her library, but she will never relent.

“It’s just so stupid, and it really makes me feel ill,” she said. “I’m not going to go on that particular program ever, although we could make a lot of money out of it.”

Resisting glorification has helped protect the integrity of Taylor’s work. That’s part of what makes “Playing with Sharks” special: It’s not the byproduct of someone who sought renown. The Telegraph once called Taylor “the most glamorous shark hunter in the world,” and she takes umbrage at every word.

“I never thought of myself as a shark hunter, and like most women, I never thought of myself as glamorous,” she said. “I was just living the best life of anybody in the world. I was on an adventure, and it lasted for years and years. And every time we went out to sea, either in our little tin boat or on something big, we didn’t know what we were going to find, what we were going to see, what was going to happen. We just got out there, found a location, dropped through the surface of the ocean into a different world, an alien world — many times, back then, a world that no one else had ever seen.”

Winter storm continues to bring snow; plus, will there be a NYS Fair this summer? (Good Morning CNY for Feb. 2)

Tue Feb 2 , 2021
Subscribe to get the Good Morning, CNY newsletter (brought to you by Kinney Drugs) delivered to your email inbox weekday mornings. Weather High: 29; Low: 23. Breezy, with several more inches of snow possible. Photo of the Day West Genesee start practice at the Shove Recreation Center. Hockey is one […] 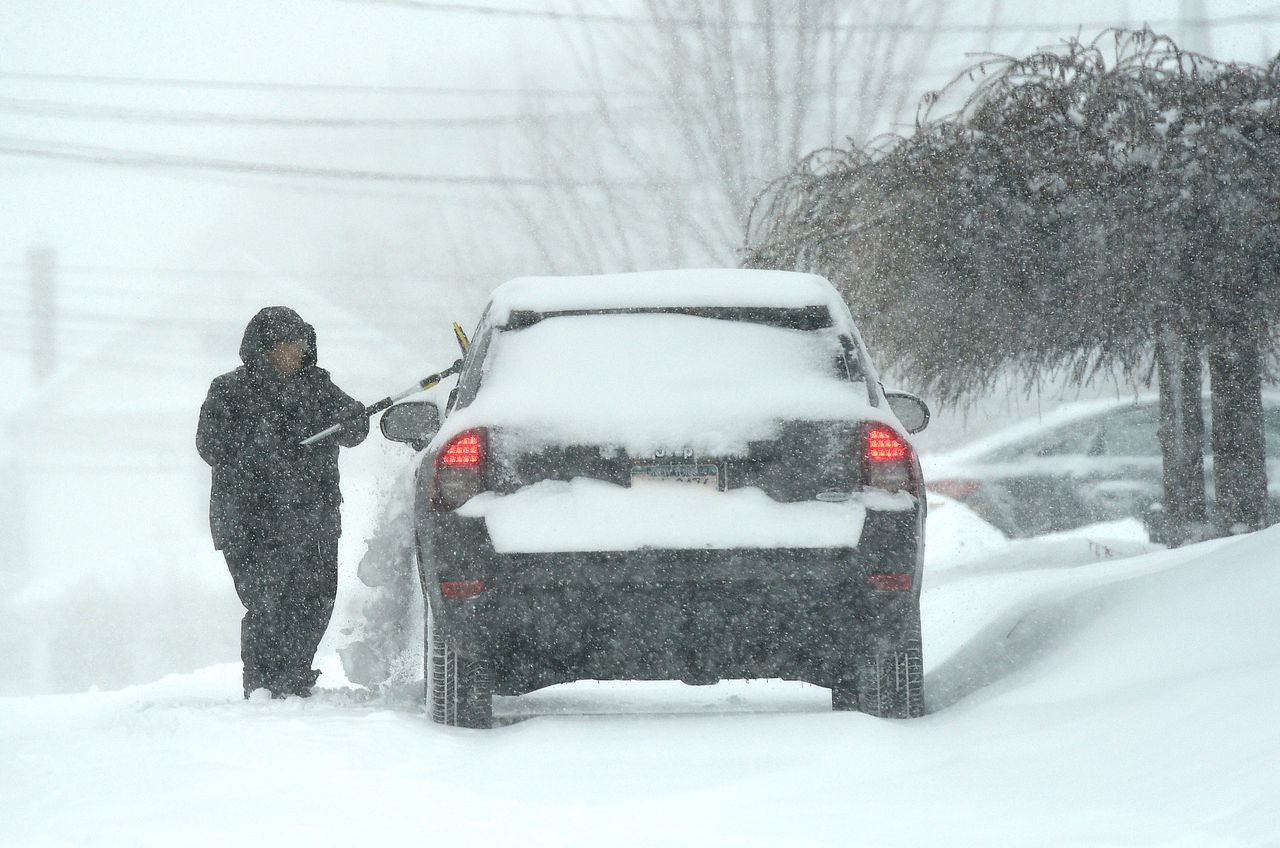