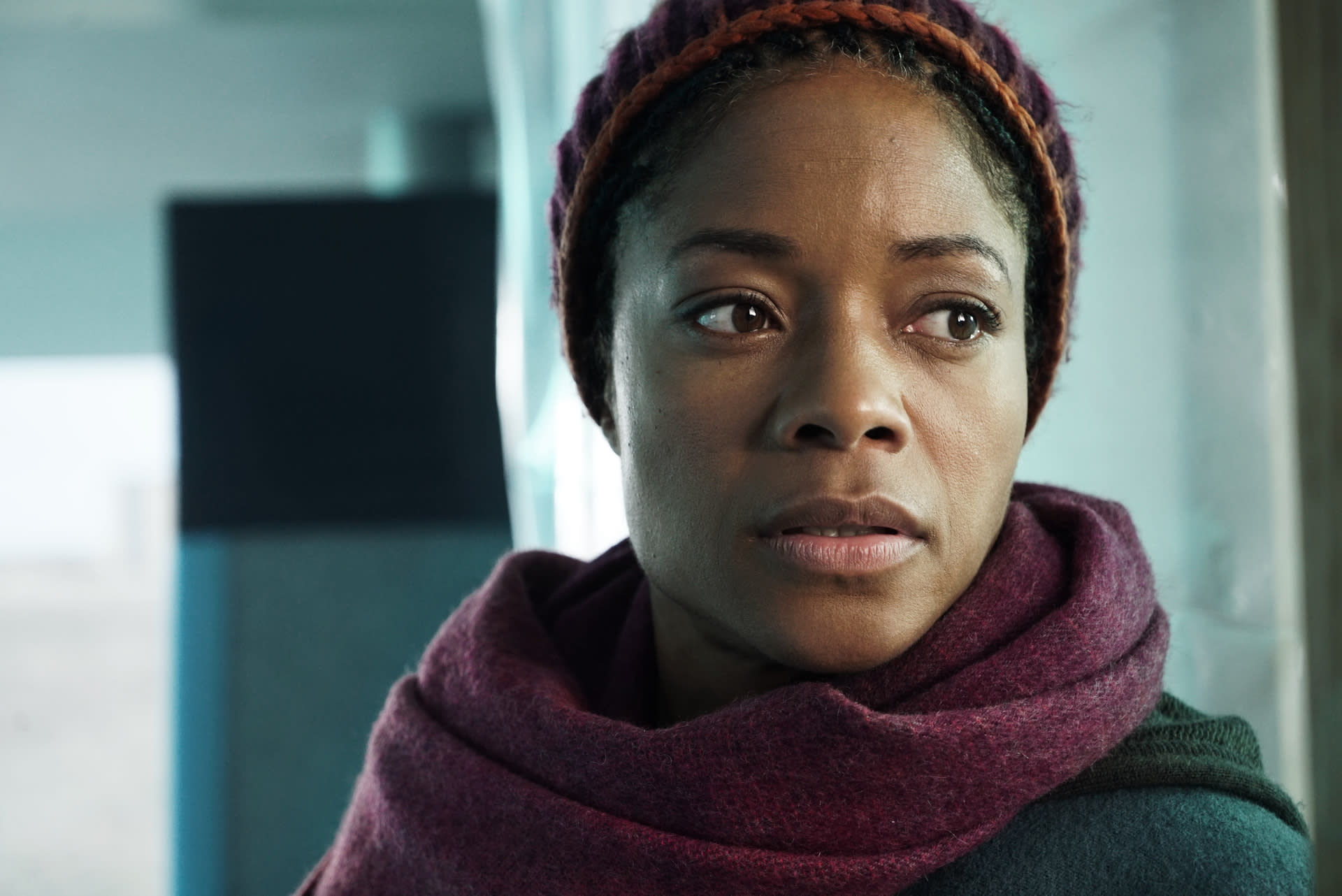 The tide of symbolism in “The Third Day,” HBO’s new limited series, rises high enough to threaten to swamp the show. But two urgently compelling central performances keep viewers afloat all the same.

The six-part series is broken into two halves but united by setting: A surreal island called Osea somewhere in the United Kingdom, one governed by ritual and a sort of magic, surrounded by choppy and threatening seas and accessible only by narrow causeway. That it feels like the end of the world is rather the point. In the first three episodes, Jude Law’s character finds himself there in the midst of an escape from the problems of his life, and soon finds that the island and the annihilating threat it poses has indeed become the problem of his life. In the show’s back half, Naomie Harris’ character and her two daughters (Charlotte Gairdner-Mihell and Nico Parker) visit the island on a seemingly more benign mission — they’re on vacation, to run from setbacks about which we learn gradually — but soon learn that there’s no hospitality to be found in a place that seems to devour more than to provide.

The show premieres on an HBO that, in the wake of “Game of Thrones,” continues to seek success in genre exercises that operate in the realm of high-flying metaphor: “Westworld’s” android-driven explication of the meaning of life, “Lovecraft Country’s” and “Watchmen’s” uses of monster or superhero tropes to dig into American racism. “The Third Day,” which has hallmarks of “The Wicker Man”-esque pulp horror, similarly mixes its desire to thrill with its higher meaning.

But compared to more obviously mass-appeal HBO programs, “The Third Day” combines a hazier symbolism, with the intentions of the islanders (among them Emily Watson, Paddy Considine, and a very strong Katherine Waterston) occluded by secrecy and by the place’s sheer foreign strangeness, with a more direct angle of approach on character. Law and Harris’s characters alike tend to state their intentions plainly and to have trouble hiding what’s on their respective minds — Law, who is ready to give up on his life, with a sort of painful, desperately lonely fatalism and Harris, who fights the island for her daughters, with a desperate, needling astringency. Both have fairly rudimentary secrets, but both, too, become open books when exposed to the islanders’ world and rituals.

This, at times, added up to a series that didn’t feel a lot like anything else on TV — with long and searching monologues, symbols that don’t crisply stand in for just one thing, a willingness to leave certain questions unresolved long after the point they grow uncomfortable. What it felt like, to me, was theater: No surprise, given that one of the show’s two creators, Felix Barrett, is the founder of the British theater company Punchdrunk. (“The Third Day’s” other creator, Dennis Kelly, has worked in theater as well as in television.) Between the broadcast of the third and fourth episodes, Punchdrunk is to stream online a “live theatrical event” knitting together the two halves of the story.

Without this production available prior to the show’s release, though, the Law and Harris halves of “The Third Day” made sense as part of a cohesive whole — even if that whole tended at times to tempt ridiculousness in its wash of end-of-the-world imagery. (If I never again see a winged insect, the creatures that plague Law, it’ll be too soon.) The show shouldn’t work, but the foggy excess of the setting provides a sort of counterweight for performances that burn with crispness. If where we tend to end up — that, for these characters, the end of the world isn’t so very hard to distinguish from the grief they’re already feeling — isn’t wholly novel, the staging and its rawness here make you feel it anew, and provide a strong argument for giving “The Third Day” your time.