With Airbnb (NASDAQ:ABNB) trading at a very high valuation and facing a few important, key risks, I believe that the shares’ risk-reward ratio is negative at this point. Consequently, I recommend that investors wait for a large pullback by Airbnb stock before buying its shares.

The shares are currently trading for 20 times analysts’ average 2021 sales estimate for the company. I believe that many analysts are likely underestimating the strong travel rebound that we’ll see in the second half of the year following the mass dissemination of the vaccine for the coronavirus.

However, even if we stipulate that the shares are actually trading for 15 times the company’s 2021 sales, that’s still a very high valuation for a firm that, in a best-case scenario, will generate very little profit.

Competition Is a Key Risk for Airbnb Stock

One key risk that I think many on the Street are underestimating is potential competition. Think of Netflix (NASDAQ:NFLX), which for a long time did not face any tough competition, but is now facing much more difficult challenges from heavyweights like Disney (NYSE:DIS), NBC and CBS.

A similar development could theoretically hurt Airbnb. Either alone or in partnership with each other, major hotel chains like Hyatt (NYSE:H), Hilton (NYSE:HLT), and/or Marriott (NASDAQ:MAR) could start offering an Airbnb-like service. These hotel chains, of course, could spend tens or even hundreds of millions of dollars to market such a service.

Threat From Crime and/or Intensified Regulations

Another risk that never seems to get mentioned is crime. Airbnb says that it checks the criminal records of guests and hosts if it has “enough information” to do so. That’s hardly reassuring, since I’m sure anyone with a criminal record looking to commit a crime against an Airbnb guest or host would make sure not to provide enough to the company with enough accurate information to enable it to conduct a criminal background check on him or her.

A wave of murders, rapes, and/or robberies of Airbnb guests, in my opinion, unfortunately is not out of the real pf possibility. Such a wave could have a meaningful, negative impact on Airbnb’s sales and on Airbnb stock.

And as a Seeking Alpha columnist pointed out recently, the company is facing the risk of “political interventions.” In other words, state and/or local governments, likely acting on requests from large hotel chains, could look to derail Airbnb’s business.

There are other bearish points on Airbnb stock.

The research firm Bernstein says about 70% of private rentals are digitized. This indicates that Airbnb has already captured most of the low-hanging fruit.

Moreover, the company’s revenue growth was slowing before the pandemic began, and its margins are lower than online travel agencies like Expedia (NASDAQ:EXPE) and Booking Holdings (NASDAQ:BKNG), the bears believe.

The Bottom Line on Airbnb

The shares of Airbnb stock are trading at a rather high valuation. This is happening as the company faces multiple risks that could meaningfully hurt its financial results.

I recommend that investors wait for the shares to drop to the $120 to $130 range before pulling the trigger.

On the date of publication, Larry Ramer did not have (either directly or indirectly) any positions in the securities mentioned in this article.

Larry Ramer has conducted research and written articles on U.S. stocks for 13 years. He has been employed by The Fly and Israel’s largest business newspaper, Globes. Larry began writing columns for InvestorPlace in 2015. Among his highly successful, contrarian picks have been GE, solar stocks, and Snap. You can reach him on StockTwits at @larryramer.

Wed Dec 23 , 2020
AUSTIN, TX — Health district officials elevated the health alert level to the highest, red-colored tier for Travis County on Wednesday following recent spikes in cases and hospitalizations of the coronavirus — the first time the action has been taken since the beginning of the pandemic. The move was telegraphed […] 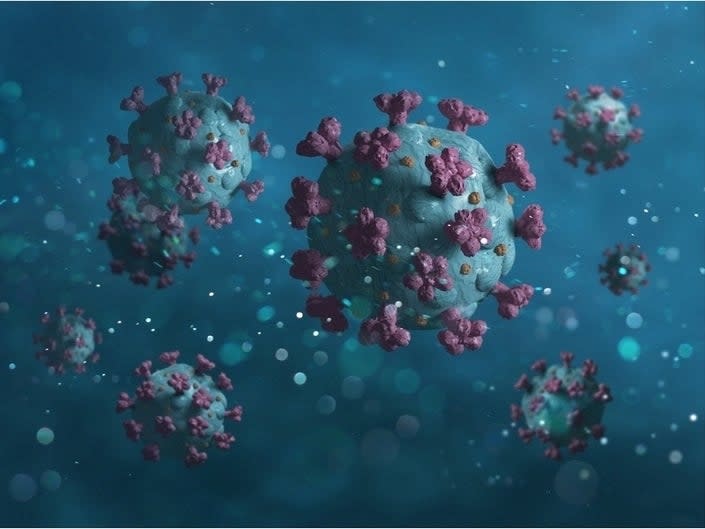