2020 has thus far been a great year for The Lord of the Rings fans. After the cast reunited online a couple of months ago, Warner Bros. has now announced that a new 4K UHD pack of the LOTR and Hobbit trilogies will be releasing in December for the first time.

The surprise reveal came from Sean Astin, the actor behind everyone’s favorite gardener and companion, Samwise Gamgee. “Now, because it’s in 4K UHD you know it’s going to be the most incredible home viewing experience possible,” he revealed in the announcement video.

And apparently, the company isn’t going to stop there. As reported by TheOneRing.net, WB is planning to release a 4K Ultimate Collectors’ Edition as well with both the theatrical and extended cut of the trilogies and new bonus content in the summer of 2021. Additionally, Peter Jackson has been working on a remastered edition of the two franchises with updated special effects to make them as aesthetically pleasing on modern devices as they were when they originally came out. Fans can expect this remaster to arrive in the Fall of 2021.

“Peter Jackson oversaw the remastering himself. And I can say that working with Peter was the adventure of a lifetime and the friendships that I made will last forever. Enjoy,” Astin confirms in the clip.

Frankly, a lot of movie franchises have already made their way to 4K lately, so it was only a matter of time before Warner Bros. did the same with The Lord of the Rings. But the notion of a remaster for the trilogy is strange, to say the least, as the visual effects still stand out in the industry. Though admittedly, we can’t really say the same about The Hobbit, largely due to the condensed and rushed post-production schedule of the team. So, it’ll be interesting to see how Jackson and his crew have brushed up the middling CGI for this occasion.

If you’ve missed Tolkien’s Middle-earth or have been looking for the opportunity to revisit the world of Arda again, you can catch the two iconic trilogies in 4K on December 1st.

How to Watch Doctor Who The Faceless Ones Online in US

Wed Oct 7 , 2020
BBC Jamie, Sam, The Doctor, Crossland and The Commandant all peer at new evidence – Doctor Who: The Faceless Ones _ Season 1, Episode 3 BBC Films has managed to re-create a lost Doctor Who season by using its audio files to make an animated miniseries called “The Faceless Ones,” […] 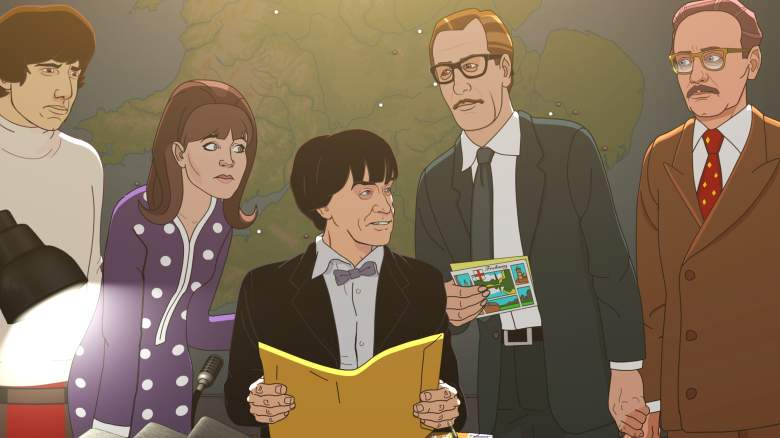