LONDON — British regulators warned that people with a history of serious allergic reactions shouldn’t receive the new Pfizer-BioNTech vaccine while they investigate two adverse reactions on the first day of the country’s mass vaccination program.

The U.K.’s Medical and Healthcare Products Regulatory Agency is looking into whether the reactions were linked to the vaccine. The two people affected were staff members with the National Health Service who had a history of allergies, and both are recovering. Authorities have not specified their reactions.

In the meantime, the regulator has issued the warning for anyone with a significant allergic reaction to a vaccine, medicine or food. That includes anyone who has been told to carry an adrenaline shot or others who have had potentially fatal allergic reactions.

— Biden calls for action on virus as he introduces health team

HONOLULU — The Hawaii National Guard has received approval for an extension of federal funds to keep assisting the state’s coronavirus response through March.

Hawaii Public Radio reported the funding for National Guard units in Hawaii and 47 other states was scheduled to expire at the end of the month.

About 800 Hawaii National Guard members work daily throughout the state on tasks related to virus mitigation including contact tracing, testing and the state’s incoming traveler program. The Guard’s activities cost about $8.5 million monthly, with the federal government providing 75% of the funds. Hawaii pays about $2 million per month.

Germany is gradually moving toward a tighter lockdown, at least for a limited period after Christmas. Cases are increasing despite a partial shutdown on Nov. 2.

Merkel has consistently advocated decisive action during the pandemic but has often had to move more slowly because Germany’s 16 state governments are responsible for imposing and lifting restrictions.

Merkel noted a national academy of scientists and academics on Tuesday recommended Germans reduce their social contacts starting next week and put in place a “hard lockdown” from Dec. 24 to Jan. 10.

“We would do well to really take seriously what scientists tell us,” she says. Also, Germany announced it will distribute high-quality masks for the elderly and high-risk patients before Christmas.

Germany registered 20,815 new cases on Wednesday, compared with 17,270 a week earlier. The country of 83 million people has recorded 1.22 million cases and 20,000 confirmed deaths.

JERUSALEM — The number of Israeli households living under the poverty line has grown by nearly 50% during the coronavirus pandemic, according to an anti-poverty organization’s report published Wednesday.

Israel has seen unemployment surge to over 20% since the country first imposed a nationwide lockdown at the start of the outbreak in March. The country’s vital tourism industry has shrunk to virtually nil and thousands of businesses have closed. The Israeli government has been at loggerheads over passing a national budget, resulting in major cutbacks to social services.

According to Latet’s report, the number of Israeli households living in poverty rose from 20.1% to 29.3% in 2020. It says an estimated 850,000 households in Israel lack essential housing, education, healthcare and food, with 268,000 falling into poverty since the start of the pandemic.

The report by Israel’s largest anti-poverty NGO was based on the findings of a series of surveys and studies conducted by Latet from July to October 2020.

Israel, with 9.25 million people, has recorded more than 348,000 coronavirus cases and at least 2,932 confirmed deaths, according to the Health Ministry.

HONG KONG — Hong Kong is re-imposing a ban on in-restaurant dining after 6 p.m. and closing gyms, beauty parlors and other businesses and public venues.

Restaurants may provide only takeout between 6 p.m. and 5 a.m. and while open, must limit numbers of patrons at 50 percent of capacity with diners restricted to two per table. Enforcement of the new measures will begin Thursday and remain in effect for two weeks.

Hong Kong has already limited public gatherings to just two people and closed bars and other entertainment venues. The new orders further reduce the number of shopping, dining and leisure options available to residents of the crowded city of 7.5 million. Swimming pools, night clubs, karaoke halls and mahjong parlors are also among the establishments ordered closed.

Hong Kong on Wednesday reported an additional 100 cases, bringing its two-week total to 1,274. Most are cases of local transmission and the origins of 303 remain unknown, according to the government’s Center for Health Protection. Hong Kong has reported a total of 7,075 confirmed cases since the start of the pandemic, and 112 confirmed deaths.

SEOUL, South Korea — South Korea has reported 686 new cases of the coronavirus, tying its second-highest daily increase since the emergence of the pandemic.

The Korea Disease Control and Prevention Agency says 536 of the new cases were reported from the Seoul metropolitan area, where new clusters of infections have been popping up in restaurants, markets, saunas, hospitals, long-term care facilities and army units.

The country’s caseload is 39,432 and 556 confirmed deaths. The agency says 149 among 8,699 active patients were in serious or critical condition, a group that is being closely monitored amid concerns about a possible shortage in intensive-care beds.

South Korea had also reported 686 cases on March 2 during a major outbreak in its southeastern region, which health workers managed to contain by April with an aggressive test-and-quarantine campaign.

While South Korea had been seen as a success story, critics say the country let its guard down by easing social distancing restrictions to the lowest tier in October, even as experts warned of a surge during cold weather months when people spend longer hours indoors.

DALLAS — Texas on Tuesday reported more than 15,000 newly confirmed daily cases of the coronavirus amid spikes in cases and hospitalization as winter approaches.

The Texas Department of State Health Services also said 9,028 people were hospitalized across the state. Last week marked the first time Texas surpassed a daily count of 9,000 hospitalizations since a deadly summer outbreak.

During the summer outbreak, the state saw the numbers of new daily cases go just past 10,000 for the first time. Since late November, the new daily cases have soared past 10,000 on several days, with 15,103 new cases reported Tuesday, according to state health officials.

Researchers at Johns Hopkins University say Texas has had more than 23,000 COVID-19 related deaths so far, the second highest in the U.S.

Over the last two weeks, the rolling average number of daily new cases has increased by 17%, according to Johns Hopkins. The university says that one in every 309 people in Texas tested positive in the past week.

The request from Boise Mayor Lauren McLean and the Boise Police Department came just a few minutes after one health board member, Ada County Commissioner Diana Lachiondo, tearfully interrupted the online meeting to say she had to rush home to be with her child because protesters were banging outside her front door.

The board had been expected to vote on a four-county mask mandate in Idaho’s most populated region.

Coronavirus is so widespread in Idaho that hospital officials have repeatedly warned they are becoming overwhelmed and could be forced to implement “crisis standards of care” — where the patients most likely to survive are given access to life-saving treatment because there aren’t enough of the resources to go around — as soon as the end of the year.

The Idaho Department of Health and Welfare reports that at least 113,905 Idaho residents have been infected with coronavirus so far, including 2,012 new cases reported on Tuesday. So far at least 1,074 residents have died from COVID-19.

EDMONTON, Alberta — Canada’s Alberta is restricting restaurants and bars to delivery or takeout and closing casinos and gyms in an effort to fight the highest rate of new coronavirus infection of any province in the country.

Kenney is also ordering the closure of recreation centers, libraries, theaters and personal service providers such as hair salons, barbers and nail bars. Infection numbers have also been over 1,000 since Nov. 24 and more than 1,600 a day for almost a week.

Wed Dec 9 , 2020
LONDON — British regulators warned that people with a history of serious allergic reactions shouldn’t receive the new Pfizer-BioNTech vaccine while they investigate two adverse reactions on the first day of the country’s mass vaccination program. The U.K.’s Medical and Healthcare Products Regulatory Agency is looking into whether the reactions […] 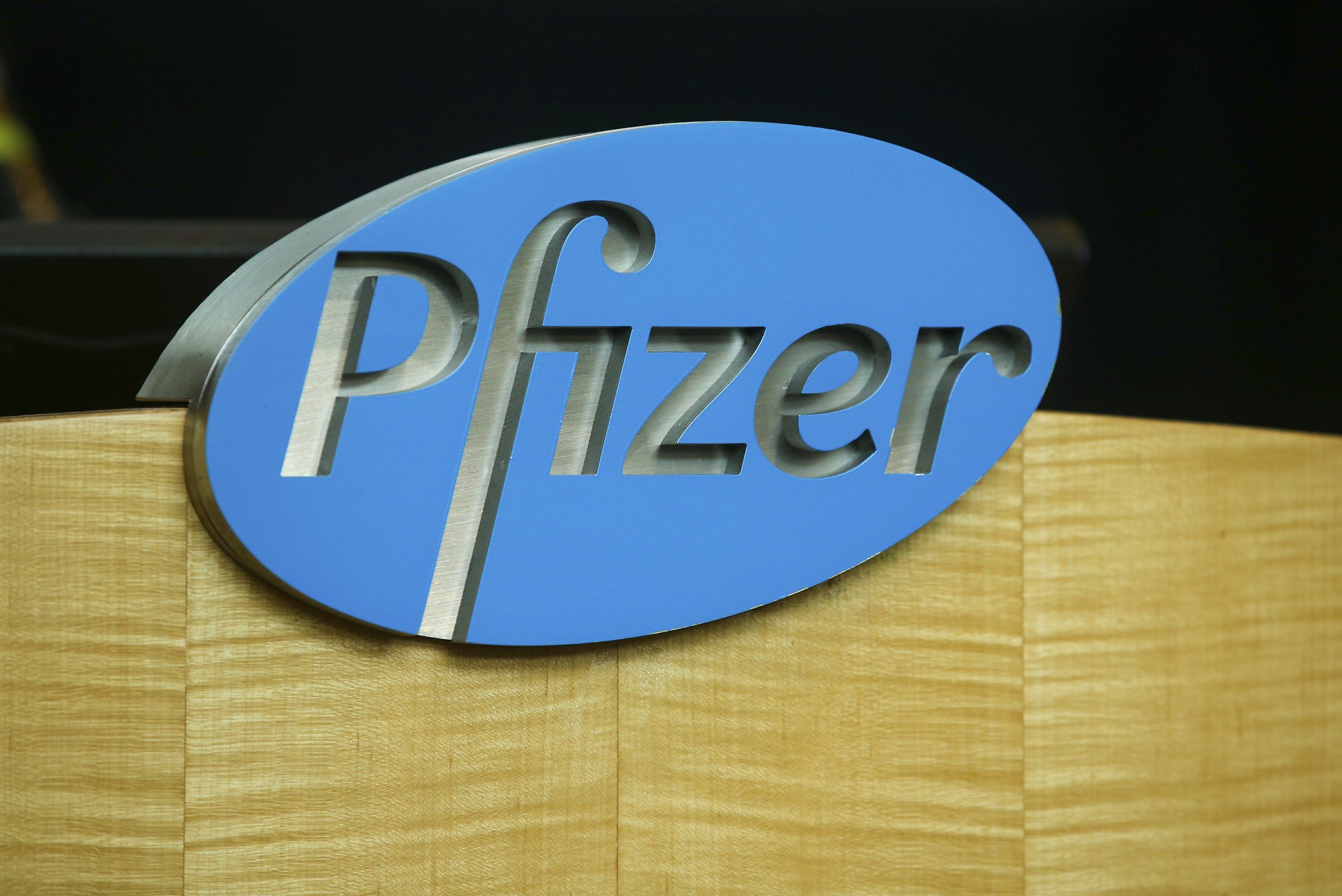