The National Hurricane Center in Miami said Delta was centered at 8 p.m. CDT about 20 miles (35 kilometers) east-northeast of Lake Charles, the main city in the region. Maximum sustained winds have dropped to 85 mph (140 kph) and forecasters say Delta is expected to weaken to a tropical storm in coming hours as it heads deeper into the South.

The hurricane center warns heavy rainfall remains a threat in parts of Louisiana through Saturday as the storm crosses the state. It says that could lead to major river flooding. Additional flooding is possible elsewhere this weekend around the central Gulf Coast and lower Mississippi Valley, according to the forecast.

LAKE CHARLES, La. — The mayor of Lake Charles in southwest Louisiana says tarps that were put up to protect buildings damaged six weeks ago by Hurricane Laura are now flying off in Hurricane Delta’s strong winds.

Mayor Nic Hunter told The Associated Press tarps were being ripped away from rooftops. He was hunkered down in a secure location in downtown Lake Charles.

“Tarps are being blown off all throughout the city,” Hunter said by phone after Delta made landfall Friday evening as a Category 2 hurricane.

He added: “I’m in a building right now with a tarp on it and just the sound of the tarp flapping on the building sounds like someone pounding with a sledge hammer on top of the building. It’s pretty intense.”

He said piles of unsecured debris from Laura are also being tossed about in Delta’s high winds. He said some of the debris was moving into the streets and floating in water.

LAKE ARTHUR, La. — Hurricane Delta’s winds are so strong they are pulling away shingles from L’Banca Albergo Hotel, an eight-room boutique hotel in the Louisiana town of Lake Arthur.

“I probably don’t have a shingle left on the top of this hotel,” said owner Roberta Palermo. She said the electricity was out and, across the street, she could see pieces of metal coming off the roof of a 100-year-old building. Unsecured trash cans were flying around on the streets.

Palermo is a long-time Louisiana resident who has grown up with hurricanes. “It’s been a long time since I’ve ridden one out. I don’t think I’ve ever been in one like this,” she said. “I think my building is pretty safe but it’s intense, for sure.”

One of her guests was Johnny Weaver, a meteorology student from San Francisco State University. He was living at home in Tampa, Florida, while studying online and decided to travel to the region to see and study the storm firsthand.

“There is a lot of power lines down all over the place, there’s … really deep water in certain spots,” he said from the hotel’s front porch, adding, ‘’there is just shingles flying everywhere.”

GALVESTON, Texas — The effects of Hurricane Delta were felt as far west as Galveston, Texas, where winds gusts toppled two houses under construction.

Galvestan is about 100 miles (160 kilometers) from where Delta made landfall on the southwest Louisiana coast Friday evening.

A spokeswoman for Sullivan Brothers Builders told The (Galveston) Daily News that the houses were in their early framing stages and still lacked windstorm construction reinforcements. Elizabeth Rogers-Alvarado said there were no injuries.

Trees and signs were toppled around the region.

And beach dunes flattened by Hurricane Laura in August and Tropical Storm Beta last month allowed storm surge to reach beneath the raised beach houses in Galveston’s West End. Thousands of customers lost electric power and Centerpoint Energy estimated many will remain blacked out until after midnight.

Large swells and rip currents prompted officials to close some Texas beaches as far west as Corpus Christi and the mouth of the Rio Grande. Padre Island beaches remained open.

Hurricane Delta has weakened to a Category 1 storm as it moves inland along Louisiana’s southwestern coast.

The storm was about 25 miles (40 kilometers) west-southwest of the town of Jennings and moving north-northeast at 14 mph (22 km/h).

Delta blew ashore in an area where devastation remains widely evident from Hurricane Laura, which caused at least 27 deaths in late August.

Hurricane Delta has made landfall as a Category 2 storm in southwestern Louisiana.

Delta blew ashore in an area where devastation remains widely evident from Hurricane Laura, which caused at least 27 deaths in late August. Piles of wreckage could go flying and many homes remain unrepaired, with only blue tarps on rooftops to withstand the fury of yet another hurricane.

Delta is the 10th named storm to hit the continental United State this year, breaking a century-old record.

The above item has been updated to correct that Delta’s maximum winds were 100 mph at landfall.

MIAMI — Forecasters expect Hurricane Delta to make landfall in southwest Louisiana in the next few hours.

The National Hurricane Center in Miami says in its latest advisory Friday that Delta is about 35 miles (55 kilometers) south of Cameron, Louisiana, and is moving north-northeast at 14 mph (22 km/h). The Category 2 hurricane has maximum sustained winds of 105 mph (165 km/h).

The Hurricane Center expects Delta to continue along the same path until Saturday morning and then move to the northeast. The center says some weakening is possible before landfall, with rapid weakening after landfall.

MIAMI — Forecasters say Hurricane Delta has continued to weaken and is now a strong Category 2 storm.

In its latest update Friday afternoon, the National Hurricane Center said Delta has winds of 110 mph (175 kph). Forecasters have said they expect the weakening trend to continue until Delta makes landfall along the U.S. Gulf Coast, but they caution that it remains a dangerous storm.

Delta is expected to make landfall Friday evening and could strike in the same general area in southwest Louisiana as Hurricane Laura did in late August.

Delta is about 80 miles (130 kilometers) south-southwest of Cameron, Louisiana, the Hurricane Center said.

Trump tweeted Friday that he’d been briefed on Delta and said FEMA “is there and ready!!!”

Delta is expected to make landfall Friday evening and could strike in the same general area in southwest Louisiana as Hurricane Laura did in late August.

In its latest advisory late Friday morning, the National Hurricane Center says Delta was about 130 miles south-southwest of Cameron, Louisiana. The storm had sustained winds of 115 mph (185 kph), making it a Category 3 hurricane.

On Friday morning, Delta had maximum sustained winds of 115 mph (185 kph), down from 120 mph (195 kph) a few hours earlier. The National Hurricane Center in Miami says the hurricane is expected to continue a weakening trend until it makes landfall along the U.S. Gulf Coast, but is still a dangerous storm.

Delta is expected to make landfall Friday evening and could strike in the same general area as Hurricane Laura did in late August.

In its latest advisory, the Hurricane Center says Delta is about 130 miles (205 kilometers) south-southwest of Cameron, Louisiana. It is moving north at 13 mph (20 kph).

LAKE CHARLES, La. — Everywhere in Lake Charles, Louisiana, there are remnants of Hurricane Laura. Blue tarps cover roofs all over the city.

Piles of garbage are neatly lined up along every roadway in a sign of how much cleaning was being done after Laura.

Mattresses and box springs, air-conditioning duct work, vinyl siding, and cut-up logs and branches are all piled up at curbs.

But officials have worried that all of it could turn into projectiles once Hurricane Delta’s winds kick up. Delta is expected to make landfall late Friday and could strike in the same general area as Laura did on Aug. 27.

Already Friday morning, rain is continuing and water is pooling along many debris-lined streets in Lake Charles — hours ahead of Delta’s arrival.

A hurricane researcher says that when Delta makes landfall, it will be a record 10th named storm to hit the continental United States this year.

Delta also will be the fifth hurricane to hit the continental United States this year. The last time that happened was 2005.

Delta is the latest and nastiest in a recent flurry of rapidly intensifying Atlantic hurricanes that scientists largely blame on global warming.

Klotzbach says Delta also will be the first hurricane named from the Greek alphabet to hit the continental United States. Beta was a tropical storm when it made landfall earlier this year.

Forecasters say tropical storm-force winds are now near the Louisiana coastline as Hurricane Delta bears down on the region.

The National Hurricane Center said the center of the storm was about 160 miles (257 kilometers) south of Cameron, Louisiana, early Friday — and its tropical storm-force winds extend the same distance outward.

Delta is expected to bring fierce winds and a life-threatening storm surge to large parts of the Louisiana Gulf Coast when it reaches the coast later Friday.

In its 7 a.m. advisory, the Hurricane Center says Delta has maintained its maximum sustained winds of around 120 mph (193 kph). That’s an extremely dangerous Category 3 hurricane. Forecasters expect it to weaken before landfall, but they say it’s such a big storm that the surge of water could be very damaging.

The National Hurricane Center says in its 4 a.m. advisory that the system is located about 200 miles (325 kilometers) south of Cameron, Louisiana, with maximum sustained winds around 120 mph (193 kph).

A hurricane warning, storm surge warning and tropical storm warnings are in effect for Hurricane Delta, a major hurricane spinning toward the U.S. Gulf Coast.

The National Hurricane Center says in a 1 a.m. advisory that Delta is centered 250 miles (400 kilometers) south of Cameron, Louisiana, with maximum sustained winds at 120 mph (195 kph).

The hurricane warning stretches from High Island, Texas, to Morgan City, Louisiana. The Category 3 system could strengthen slightly overnight before weakening as it approaches the coast, forecaster say.

Storm surge up to 11 feet (3.4 meters) is forecast for some areas. Delta is forecast to make landfall later Friday.

Sat Oct 10 , 2020
© PTI Higher purchases, lower spending, how COVID-19 has changed online shopping: Report A recent joint study conducted by The United Nations Conference on Trade and Development (UNCTAD) and Netcomm Suisse indicated that there has been a sharp increase in the frequency and volume of online shopping, but the average spending […] 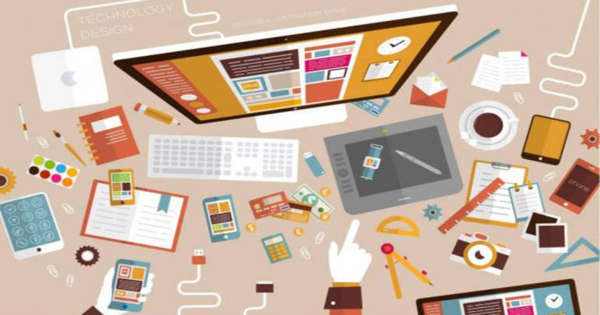