Returning holidaymakers currently under quarantine for being careless enough to go to Portugal or French Polynesia (and live in Wales or Scotland rather than England, or is it the other way round?) should spare a thought for the Giraffe of Venice. In 1828 this creature captured in the Nubian Desert was forced to spend a period of isolation on an island off La Serenissima with just two cows and a human minder for company.

The story of the hapless giraffe is one of many associated with certain islands of the Venetian lagoon, where the concept of quarantine (and indeed the word itself, derived from the Italian for “40 days”) was established during the plagues that swept across Europe in the Middle Ages. These isole del dolore (“islands of pain”), as the Venetians call them, are a far cry from the tourist hotspots of Torcello, Murano and Burano.

Scattered across the lagoon, which buffers Venice from the Adriatic Sea, they make natural places of isolation and desolation. As well as being quarantine stations they have served as religious retreats, prisons, lunatic asylums and sanatoriums. Many are now abandoned and unused, off-limits to visitors. Ironically some (such as San Clemente, a former asylum, and Sacca Sessola, once a sanatorium) have been overlaid with hotel resorts for the super-wealthy who prize their seclusion.

Two of the most accessible islands are just a 10-minute hop on the water bus from Venice. San Servolo is a former convent and military hospital which in 1725 became a lunatic asylum, albeit a typically Venetian one – it accepted only “maniacs of noble family or comfortable circumstances”.

In the early 1800s one of them, Mattio Lovat, achieved the unlikely feat of autocrocifissione – self-crucifixion. His story, illustrated with a diagram of the kind of rope-and-pulley contraption he may have used, is one among many that features in the Museo del Manicomio, the Museum of the Insane Asylum, housed in part of the old hospital.

Two hundred yards south across the lagoon, the island of San Lazzaro is the site of an Armenian monastery which offers guided tours. In 1816 Lord Byron was a regular visitor – in order, he said, to learn the almost-impossible-to-master Armenian language (though no doubt, too, for a bit of R&R from his many Venetian liaisons). The room where he studied contains an Egyptian mummy with its brain extracted and displayed (from memory, it looks like a burnt Eccles cake).

The poor old giraffe was allegedly banged up on an island called Poveglia, arguably the most enigmatic of these mysterious islands. It is located in the south of the lagoon and if it is known at all beyond Venice it is for being “the most haunted island on earth” – its ruined buildings and orchards strewn with human bones and peopled with the ghosts of plague victims, lunatics and a lobotomising doctor if you are to believe the lurid supernatural tales repeated and amplified in online blogs and videos over the past couple of decades.

These stories bear almost no relation to the true history of Poveglia. It was a thriving community in the 14th century and after its inhabitants retreated to Giudecca its buildings served as a quarantine station, then a sanatorium and, latterly, a nursing home, which closed in 1968.

On a visit in 2015 (I cadged a lift from a Venetian with a boat) I spotted in the undergrowth a headstone dated 1793 that reads: “Do not dig. Those who suffered contagion in life lie here.” But it is thought that just a handful of plague victims are buried on Poveglia, not the many thousands of popular myth. As for the mad sanatorium doctor who is supposed to have carried out sadistic experiments – he is a fabrication.

For middle-aged Venetians Poveglia has much sunnier associations as the place they escaped to in their youth for “sex and soft drugs” (as one man told me). This connection partly explains the grassroots movement, known as Poveglia per Tutti (“Poveglia for everybody”) that sprung up in Venice after the Italian government put the uninhabited island up for sale in 2014.

It was through its logo, which incorporates a giraffe in honour of the island’s most famous inhabitant, that I came across the unlikely story of the long-necked gift given by the Viceroy of Egypt to the Austrian Emperor in 1828. The story goes that the creature was transported by boat as far as the Venetian lagoon where it was quarantined on Poveglia for a period – drinking the milk of its bovine companions – before continuing its journey on foot over the Alps and up to Vienna.

The giraffe became an instant sensation in the Austrian capital, sparking a marketing craze for all things giraffe-related. But it soon sickened and died, a victim not of a virus but of something equally virulent – human stupidity.

For San Servolo and San Lazzaro take line 20 of the water bus service that leaves from the San Zaccaria stop on the Riva degli Schiavoni. The Museo del Manicomio (museomanicomio.servizimetropolitani.ve.it) on San Servolo has two tours a day, at 10am and 2pm: €6. Book in advance for guided tours of the Armenian Monastery (mechitar.org/en) on San Lazzaro (at 9.30am, 1.30pm and 3.30pm; €8): email [email protected] or call 0039 41 526 0104. Poveglia is not accessible unless you butter up a boat-owning local.

We ‘manage on the edge of chaos’

Wed Sep 9 , 2020
Netflix (NFLX) has thrived amid the novel coronavirus, which forced billions of people across the globe into their homes and helped the streaming service add almost as many subscribers in the first six months of 2020 as it did all of last year. But the company rose from DVD-by-mail startup […] 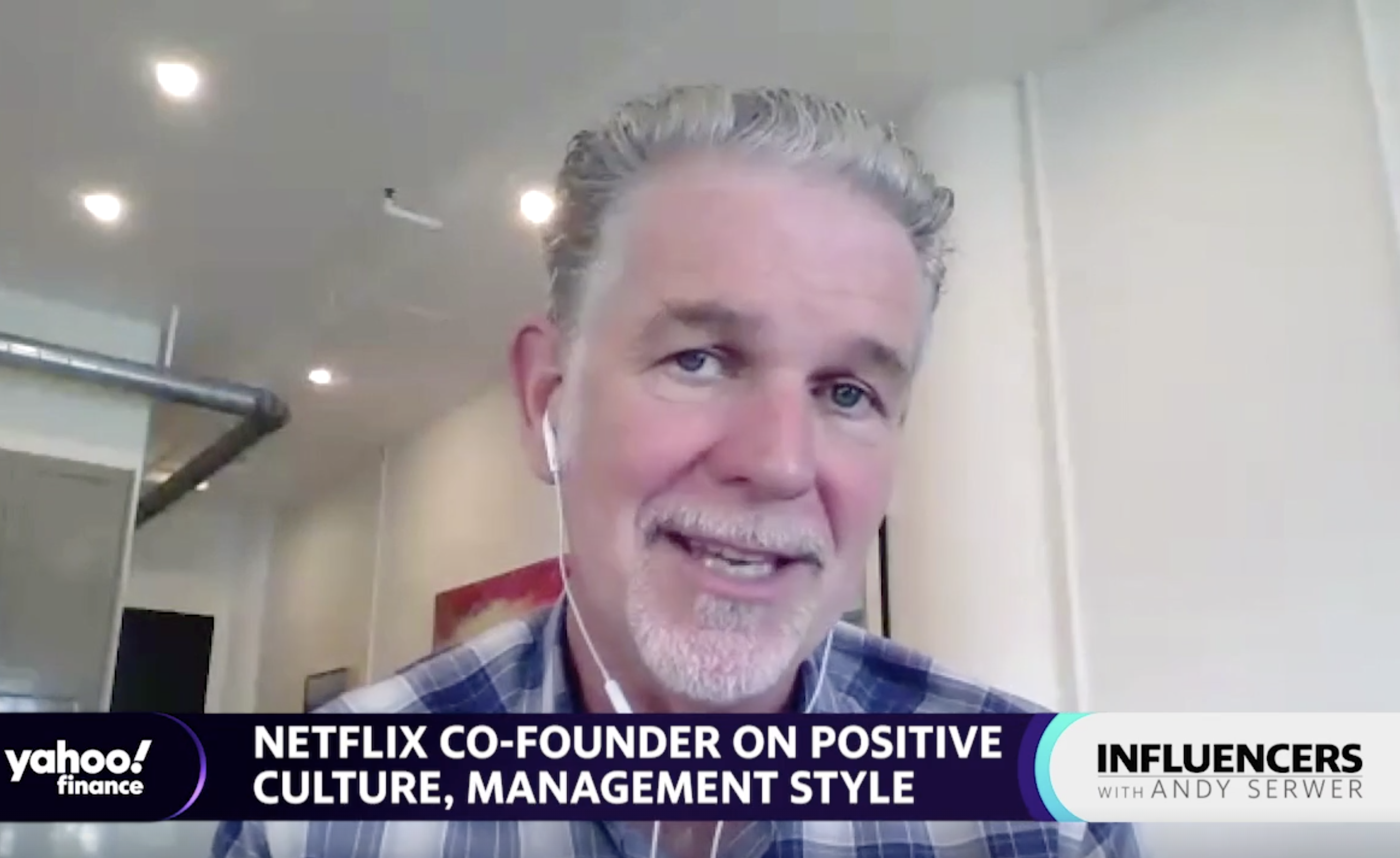