The kids trained to become the superior wizard throughout the sitcom’s four seasons, while learning lessons from their parents (who owned the Waverly Sub Station).

Here’s what the cast has been up to since the series debuted on Disney Channel 13 years ago.

She was sassy and often responded to people with sarcastic remarks. Alex’s careless use of magic landed her in messy situations, but yet, she ended up earning the title of the Family Wizard.

Gomez’s role propelled her to fame, and she’s now a singer, actress, and collaborator with fashion brands.

Since “WOWP,” Gomez has become one of the most popular people on social media and had highly-publicized relationships with Nick Jonas, Justin Bieber, and The Weeknd.

Gomez has also been honored for her musical achievements and humanitarian work. She voiced the animated character Mavis in the “Hotel Transylvania” films and previously released two albums that peaked at No. 1.

The “Bad Liar” singer has released her own perfume, collaborated with companies like Puma and Coach, and is a UNICEF ambassador.

Her fashion and hairstyles have evolved over the years, and she has been open about her struggles with depression and anxiety. In September 2017, Gomez revealed that she underwent a kidney transplant, which she needed as a result of her lupus.

In 2018, the actress said that she would be taking a break from social media. In October, People reported that Gomez was seeking treatment after an “emotional breakdown.”

The 28-year-old star has since returned to the spotlight with a role in a zombie comedy movie called “The Dead Don’t Die,” which premiered at the Cannes Film Festival in May 2019.

In January 2020, she released her new studio album, titled “Rare.”

The oldest Russo child, Justin, was played by David Henrie.

He was quite book smart and eventually became the headmaster of Wiz Tech.

The 31-year-old is directing a coming-of-age film titled “This Is the Year,” which stars his “WOWP” costar Gregg Sulkin.

In April 2017, Henrie reunited with his Disney Channel family when he married former Miss Delaware Maria Cahill. They welcomed their first child together, a daughter named Pia Henrie, in March 2019.

On September 2018, Henrie was arrested for possession of a loaded handgun at Los Angeles International Airport. He later shared an apology online and the LA City Attorney’s Office has reportedly filed charges against Henrie for carrying a loaded firearm, carrying a concealed firearm, and possessing a weapon in a sterile area of the airport.

Max loved eating sandwiches, so it wasn’t surprising that his father passed down the family’s Sub Station business to him at the end of the series.

Austin went on to star on Freeform’s “The Fosters” and voice characters in animated movies.

He left the show after season two and was replaced by Noah Centineo. In a series of tweets in January 2017, the 25-year-old said that he parted ways with the drama series because he “just wanted to do roles with more substantive content.”

In February 2019, he told Flaunt magazine that he’s filming a drama with material that’s “a little bit heavier, a little bit darker, it’s about addiction, it’s about the choices that we all make and what happens when we make the wrong ones.”

Harper and Alex met in kindergarten and created the “crazy funky hat” song.

After the show ended, Stone stepped away from acting to study psychology and nursing.

“I’d been acting since I was six, so I took a break to go to school to just make sure that this is what I wanted to do and to just explore other options,” the 27-year-old told International Business Times.

Now, Stone is back to acting and starred in a 2019 holiday movie called “Santa Girl.”

In April 2020, the actress said that she became a registered nurse and was preparing to join healthcare workers on the frontlines during the coronavirus pandemic.

She wasn’t fond of her children using magic around the house.

Canals-Barrera has guest-starred on shows like “Fuller House,” “The Last Man Standing,” and “The Big Bang Theory.”

She also starred as Daniela on the short-lived show “Cristela.” When the 53-year old isn’t acting, she’s attending concerts with her daughters or showing support for her “WOWP” co-stars on social media.

He was once a wizard, but gave up his powers so he could marry Theresa (a mortal).

DeLuise has directed Nickelodeon series and continues appearing on shows and movies.

DeLuise guest-starred on “Grey’s Anatomy, “Hawaii Five-0,” and “Baby Daddy.” Most recently, he appeared in the drama film “Unbroken: Path to Redemption.”

The 48-year-old also never passes up an opportunity to post a Disney Channel throwback.

He was mentioned on season two, but physically appeared and met Alex on season three. They had an on-again, off-again relationship.

The third and final season of “Runaways” hit Hulu in December 2019.

He also had a recurring role as Ezra Fitzgerald’s brother, Wesley Fitzgerald, on “Pretty Little Liars” and starred on MTV’s “Faking It.”

What is it like to fly now? Woman shares recent travel experience

Wed Jul 22 , 2020
I’m the weird breed of person who actually loves to travel. Not just jetting off to new cities and sunny beaches, but I actually like the act of traveling itself. Simply going to the airport, walking through the terminal and people watching. I even like flying on planes. When I […] 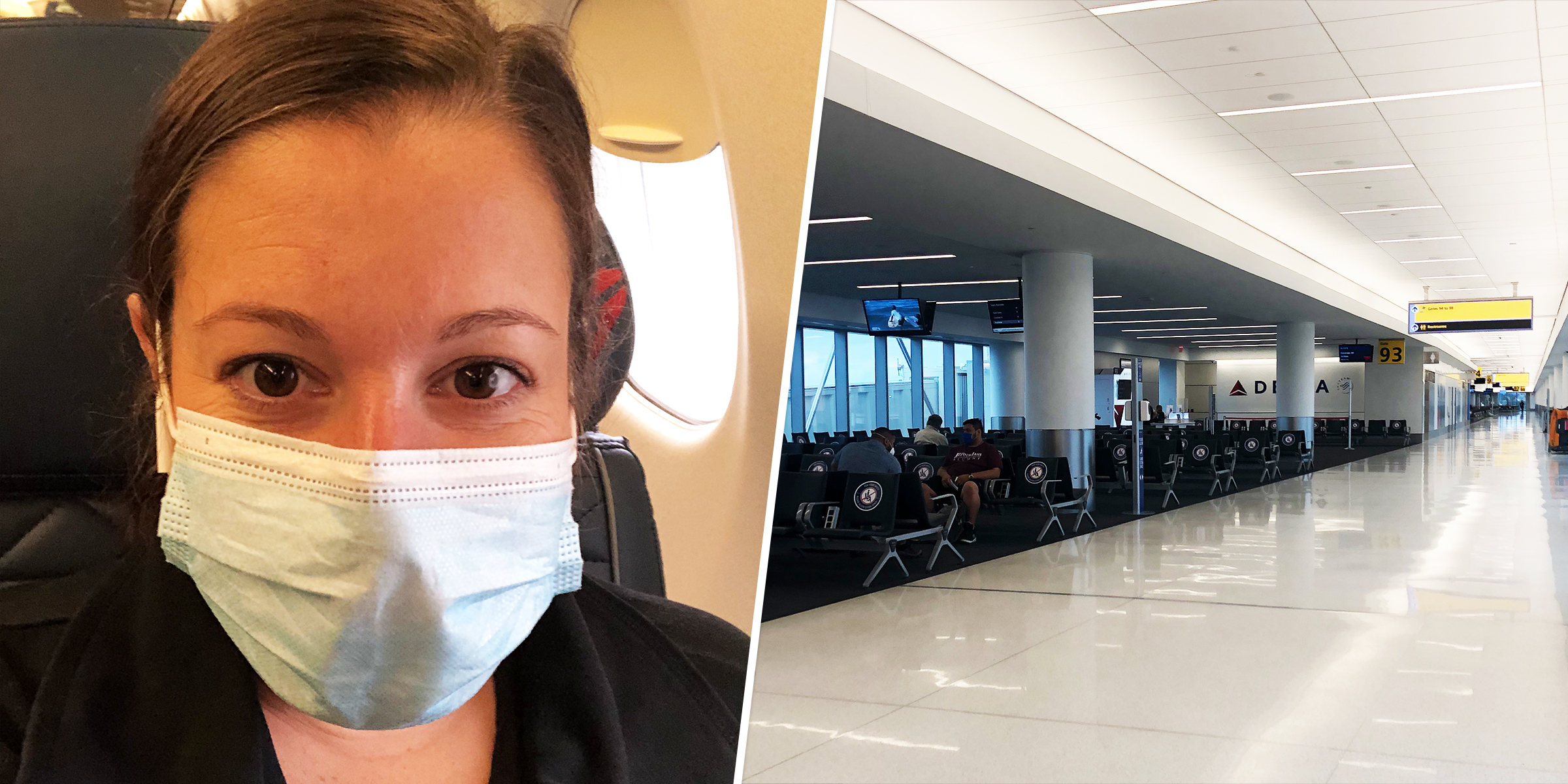