While the PS5 and Xbox Series X (and S) have taken up all of the oxygen in the room, the three-year old Nintendo Switch is still getting a lot of love. It’s a solid fan favorite, and it’s been selling fast all year long. Unfortunately the consistent popularity means the console and its games aren’t known for their discounts. In fact Cyber Monday and the preceding days of sales are just about the only times you can actually expect to save some money.

The best offers so far have been on Nintendo Switch bundles, which include the Switch itself (or the handheld Switch Lite) with a selection of games and/or accessories. The prices are cheaper than buying everything separately, which is great, though the downside is they are selling out very quickly. So if any of the following bundles catches your eye, you should get on it right away.

Nintendo Switch Animal Crossing Edition: $299 @ Amazon
The Limited Edition Animal Crossing Nintendo Switch console is now on back order at Amazon, and for it’s typical list price. It’s not a discount, and you’ll have to wait until late January for it to arrive, but considering how scarce these have been, this is a rare chance to pick one up.View Deal

Nintendo Switch Lite w/ two games: was £259 now £239 @ Currys
Get the Switch Lite bundled with two of its most popular games: Minecraft and Animal Crossing New Horizons. So save money on your new handheld, and get two amazing games to go with it.View Deal

Pokémon Sword and Shield – was $60, now $40 @ Best Buy
The newest pair of Pokémon games will take you to the Galar region, and introduces new enormous Dynamax Pokémon battles to the familiar monster-catching and battling gameplay. Add either game to your basket to see the discounted price.View Deal

Yoshi’s Crafted World: was $59 now $39 @ Amazon
Yoshi, papercraft, and cuteness all blend together to make yet another fantastic, family-friendly outing from Nintendo. And you can get it for $20 off during Cyber Monday.View Deal

Luigi’s Mansion 3: was $59 now $39 @ Amazon
Everyone’s favorite (yes, favorite) plumber stars in his third game about catching ghosts in a spooky mansion. Luigi’s Mansion 3 is yours to own for $20 off its usual price, and given the game’s incredible critical reception, that seems like a pretty great deal.View Deal

The Legend of Zelda: Breath of the Wild: was $59 now $44 @ Target
Regarded as one of the best games of all time, this expansive open-world adventure is available for one of its lowest prices yet. If you own a Switch, this is the game everyone wants.View Deal

Legend of Zelda: Link’s Awakening: was $59 now $39 @ Amazon
This charming re-imagining of Nintendo’s Game Boy classic is one of the best Switch games yet, offering classic 2D Zelda action with gorgeous new graphics. Amazon is taking $20 off the game, but you have to act quickly — it will sell out.View Deal

The Witcher 3 Complete Edition: was £46 now £36 at Amazon UK
Play this enormous RPG and all its bundled DLC in its most portable form ever. With hundreds of hours of content and a complex story, you’ll be hooked for a long time.View Deal

Super Mario 3D All-Stars: £39 at Argos
With Super Mario 64, Super Mario Sunshine and Super Mario Galaxy all stuffed onto this single cartridge, you can sample these classic games at their best thanks to the Switch’s portability and widescreen aspect ratio.View Deal

Nintendo Switch Online Family Membership 12 Month (Digital): was $35 now $20 at Target
This discounted membership to Nintendo’s online services lets you play online multiplayer on select titles, gives access to retro NES and SNES games to download and offers cloud saves to make sure a lost or new Switch still has access to all your progress.View Deal

SanDisk 64GB Memory Card for Switch: was $19 now $14 @ Amazon
Add an extra 64GB of storage to your Switch with this SanDisk microSDXC memory card. It has a high transfer rate of up to 100 MB/s, which means you’ll enjoy faster game loads.View Deal

Ring Fit Adventure for Nintendo Switch: £64.99 at Currys PC World
Get Nintendo’s latest fitness/RPG game along with the unique Ring-Con controller which allows you to take charge of your character through motion and resistance controls.View Deal

The below deals have currently gone out of stock, but they may still come back, as deals have done throughout the last few days.

Nintendo Switch Animal Crossing New Horizon Limited Edition console + game + 128GB microSD: $499 at Amazon
Out of stock right: You’re not saving money on this bundle, but at $499 – for this ultra-desirable limited edition – it’s a good deal. Of course, though, it’s currently out of stock. We bet it will come back, though. Includes Animal Crossing-branded Switch console, the game, and a 128GB memory card. A perfect Holiday gift. View Deal

Nintendo Switch + Animal Crossing NH: $399 at Focus
There’s no deal on this at all but… it’s actually in stock. Amazon is selling the console for $600 right now, and Walmart, Target, B&H, and many others have sold out. This bundle includes 2020’s hottest game, Animal Crossing New Horizons, and they have stock. $399 is the normal list price, but it’s worth it just to have a Switch today.View Deal

Nintendo Switch with Ring Fit Adventure: £335 at Very
With the Ring-Con controller and game thrown into this Switch console bundle, you have a fun and surprisingly effective way to exercise without needing to strap on your running shoes.View Deal

Nintendo Switch and One Select Game: £295 at Smyths Toystore
Build your own bundle with a choice of five kid-friendly games with this offer, which can save you up to £30 depending on which title you choose. You’ll have to click and collect, as the online delivery has sold out, so make sure your local store has one.View Deal

Nintendo Switch Lite (Turquoise) with Super Mario 3D All-Stars: £243 now £224 at Amazon
You get three top quality Mario games in one with this bundle, that also contains the light blue Switch Lite for a portable gaming experience,View Deal

Nintendo Switch Lite (Coral) Animal Crossing New Horizons + 3 months of Nintendo Switch Online + Super Mario 3D All-Stars – £249 at Amazon
This might be the perfect Switch Lite starter pack, containing the console, three months of the Switch’s online service, plus a physical copy of the 3-in-1 Super Mario remaster and a download code for the latest Animal Crossing.View Deal

BioShock: The Collection: was $49 now $19 @ Amazon
For narrative-obsessed gamers who want one of the deepest, darkest, most provocative games on the Nintendo Switch, BioShock: The Collection will fill your appetite three times over. It includes three stellar BioShock titles for the teeny-tiny price of $19.View Deal

Advice for "Emily in Paris" season 2: Drop the Americanized fantasy and get to know the real city

Sat Nov 28 , 2020
As we all settle in for a challenging winter, the Netflix series “Emily in Paris” promises a deliciously indulgent escape from our troubles: a shimmering fantasy of Paris, filled with sophisticated haute couture, gourmet food and, of course, romance. Yet within this delightful vision, executed by “Sex and the City” creator […] 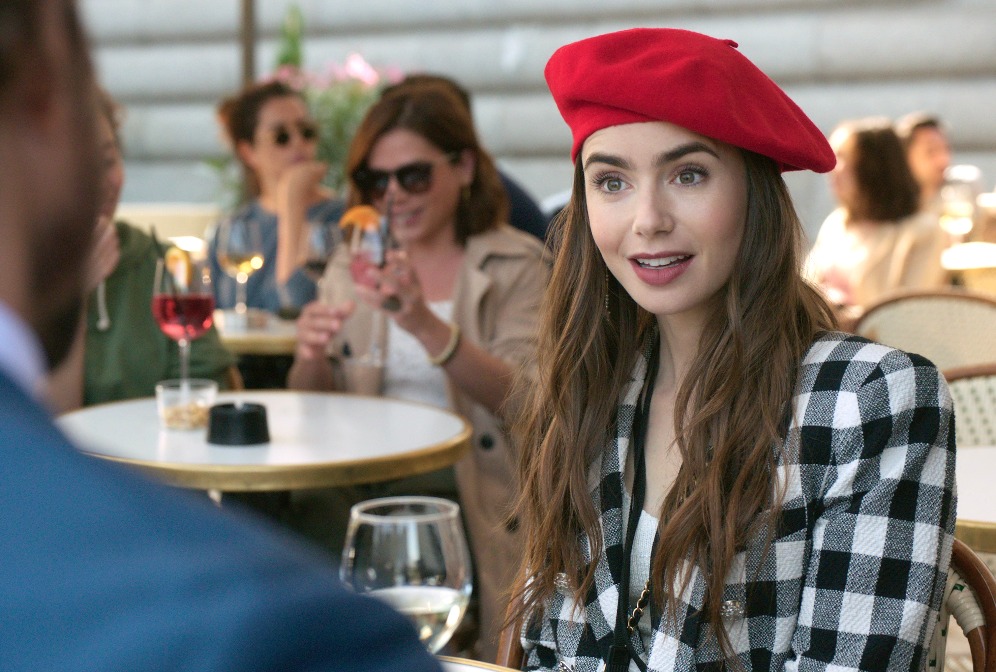