If you throw chum into a body of water, fish will usually quickly circle, drawn by the bait.

That was the effect the president of the United States’ words had Tuesday night, when he spoke directly to members of a far-right hate group, telling the Proud Boys to “stand back and stand by.” The reference came after the president had been asked if he would categorically condemn white supremacy. (He would not.)

According to Squire, President Trump is a hero to members of the group. And not only were they not disavowed by him Tuesday night, they were encouraged. “That’s how they took it.”

[See also: “Q&A: What is President Trump’s relationship with far-right and white supremacist groups?” in the Los Angeles Times]

As my colleague Matt Pearce reports, Trump attempted Wednesday to walk back his remark after facing widespread criticism, saying, “I don’t know who Proud Boys are, but whoever they are, they have to stand down, let law enforcement do their work.” But he reiterated, “now, antifa is a real problem, because the problem is on the left.”

Pressed again by a reporter to denounce white supremacists, Trump responded, “I’ve always denounced any form of any of that.”

Who are the Proud Boys?

They are categorized as a hate group by the Southern Poverty Law Center but prefer to think of themselves as a drinking club “for men who refuse to apologize for creating the modern world, aka Western Chauvinists.” They are also notorious for brawls with protest groups and advocate violence against the far left.

Brian Levin, director of the nonpartisan Center for the Study of Hate and Extremism at Cal State San Bernardino, described the Proud Boys as “a bit of a neo-fascist, bigoted platypus.” (For those who need a quick elementary school zoology refresher, a platypus is a hodgepodge of a mammal known for its duck-like bill, otter-like body and beaver-like tail.)

“What I mean is that they’re bigots to be sure,” Levin continued. “But they pick and choose which bigotries to highlight that will have the greatest mainstream acceptability, particularly to their target audience.”

They openly espouse misogynistic, anti-Muslim, anti-immigrant and anti-trans values, but are a “bit more stealth” in regard to race, with their frequent defense of Western civilization functioning as a “wink and a nod,” according to Levin.

The absurdity is the point

The group was founded by Gavin McInnes, a hate-spouting godfather of disaffected hipsterdom who also co-launched Vice Media. They take their name from an obscure song that was originally penned for Disney’s animated 1992 film “Aladdin” but didn’t actually make it in, and members take part in absurd initiation rituals. (One quite literally involves being punched while shouting the names of cereal brands.)

If you’re now wondering if this is really something you need to take seriously, well, that’s exactly their point. Irony and the meme-ification of hate are not just central tenets of the group — they’re also part of what helps them grow.

The absurdity of the Proud Boys “makes it easy to write them off,” Squire explained. But that ridiculousness “serves as a foil to cover over what’s really going on in a group, which is that they are a hate group.”

Though this might sound like a tactic particularly well-suited to our era of Extremely Online absurdity, it’s not actually anything new.

“We’ve seen this historically. Extremist movements get a pass because they’re regarded as a bit of a lark or quirky,” Levin said. “And we do that at our own risk.” Both Squire and Levin cited the costuming and pageantry of the Ku Klux Klan as an example of this.

It goes far beyond the Proud Boys

Levin said the president’s debate-night remark to the Proud Boys was “emblematic of how the mainstream has now become fringe.”

According to Levin, as “fringe movements that previously had no access to the mainstream now see their messaging being repeated from this administration, from folks like Stephen Miller and Chad Wolf,” those groups have been energized and moved further into the mainstream.

Hate crimes rose in the U.S. by more than 17% in 2017, fueled by increases in attacks against religious and racial minorities. In 2018, hate crimes targeting people surged to their highest levels in 16 years despite a slight overall dip in the number of hate crimes.

[See also: “Q&A: ‘There’s a virus in our country’: The ‘Trump effect’ and rise of hate groups, explained” in the Los Angeles Times]

Levin said that according to what he has seen, the “three worst months for hate crime over the past decade” were November 2016, October 2018 and August 2017. Those dates coincide with the presidential election, the lead-up to the midterms and the deadly 2017 “Unite the Right” rally in Charlottesville, Va., where the president famously said there were “very fine people” on both sides. The rally’s organizer was, at least at one point, a documented Proud Boys member.

A fourth death from the Zogg fire in Shasta County was confirmed Wednesday. Thirty people have now died in the unprecedented firestorms that have pummeled California this year. Los Angeles Times

Police in L.A. and across California disproportionately cite Black people for minor infractions, a study finds: The study examined court filings, police data and other records from jurisdictions and agencies across California, including the 15 largest police departments, and found more than 250,000 non-traffic infraction citations in 2019 alone. Los Angeles Times

Note: Some of the sites we link to may limit the number of stories you can access without subscribing.

L.A. County allows shopping malls and nail salons to reopen. They will be allowed to resume indoor operations with limited capacity over the next 10 days. Los Angeles Times

L.A. will resume ticketing on street-sweeping days again starting Oct. 15. The decision follows a department report that cited complaints about trash piling up on roadways and a drop in city revenue. Los Angeles Times

The Lakers defeated the Miami Heat in Game 1 of the NBA Finals. LeBron James and Anthony Davis combined for 59 points in a 116-98 victory over Miami to open the best-of-seven series. Los Angeles Times

The Dodgers beat the Milwaukee Brewers 4-2 to take Game 1 of their wild-game series Wednesday at a vacant Dodger Stadium. Los Angeles Times

After more than six months of struggles amid the COVID-19 pandemic, Hollywood issued a dire message about the state of the movie theater industry — the nation’s cinemas “may not survive” without help. Los Angeles Times

The presidential debate commission says it will soon adopt changes to its format to avoid a repeat of the unique torture inflicted on the American public Tuesday night. One possibility reportedly being discussed is giving the moderator the ability to cut off the microphone of one of the debate participants while his opponent is talking. Associated Press

Wednesday was the last day of September, marking the deadline for Gov. Gavin Newsom to sign bills passed by the Legislature into law. Here’s some what he did and didn’t sign:

A man has been charged in the Compton shooting attack on two L.A. County sheriff’s deputies. The deputies — a 31-year-old woman and a 24-year-old man who were identified in the new criminal complaint as Claudia Apolinar and Emmanuel Perez-Perez — were shot in the face and head while sitting in their patrol car last month. Los Angeles Times

Think California is bouncing back? Recovery will take more than two years, economists say. The UCLA Anderson quarterly forecast released Wednesday suggested California payrolls will drop 7.2% this year to 16 million jobs, a loss of some 1.5 million since the COVID-19 pandemic hit. They are expected to climb back slowly, by just 1.3% next year and 3.5% in 2022. Los Angeles Times

“Leave the mask, take the cannoli.” A Huntington Beach Italian restaurant has installed a “Godfather”-referencing billboard, as quoted in bold, in the hopes of luring L.A. anti-maskers to its Orange County establishment. The restaurant has a policy forbidding anyone wearing a mask from entering. More than 200,000 Americans have now died of the coronavirus. Orange County Register

My Hayward High drafting instructor saw my potential, and knew that I came from a poor family and wanted to work after school to earn money for my college education. He referred me to the manager of the Castro Valley Sanitary District, who provided me full-time work during the summers in addition to work after school. That launched me into an engineering career. In addition, an unknown teacher applied on my behalf to the University of California for a scholarship. She was successful, and in 1957 I graduated in civil engineering and spent my professional life in that field.

If you have a memory or story about the Golden State, share it with us. (Please keep your story to 100 words.)

Please let us know what we can do to make this newsletter more useful to you. Send comments, complaints, ideas and unrelated book recommendations to Julia Wick. Follow her on Twitter @Sherlyholmes.

Thu Oct 1 , 2020
getty Perhaps more than any other industry, healthcare has been rocked by COVID-19. From facing influxes of patients and not having proper equipment to pausing elective procedures for months, the pandemic has caused healthcare to change nearly everything about how it operates and designs patient experiences.  But even amongst the […] 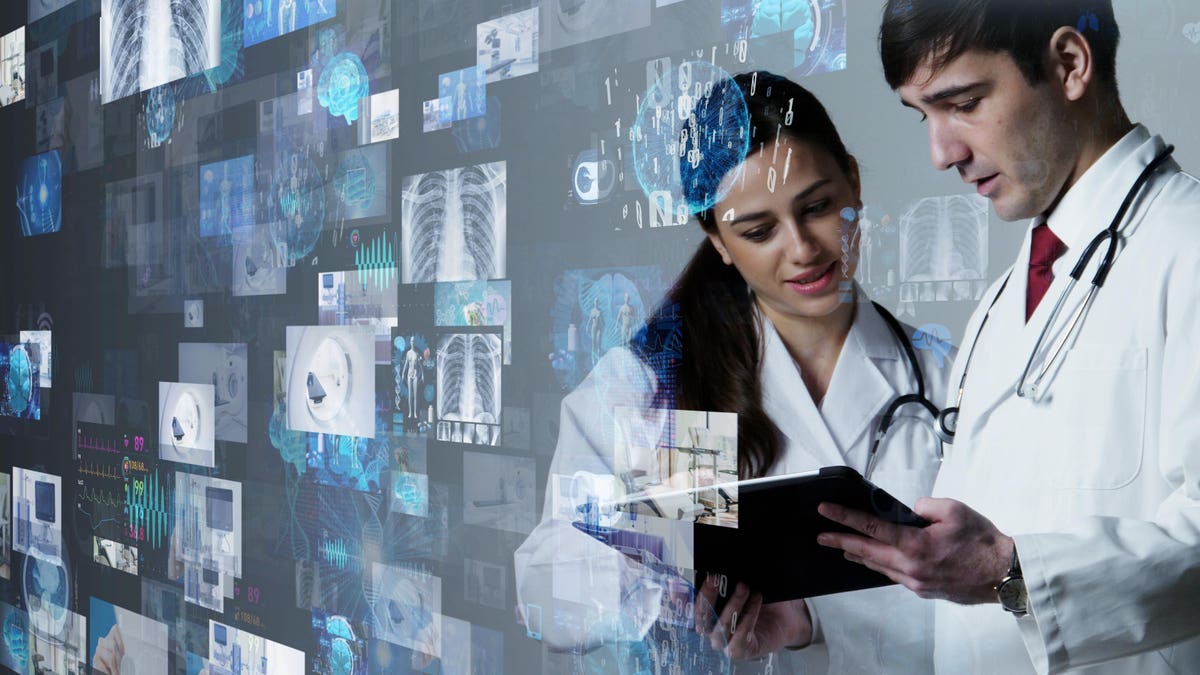