Tim Taylor’s plans for the Texas-Oklahoma game have changed. Instead of enjoying a long weekend with old friends as he has for decades, he’ll make the trip from Austin in one day, bringing a mask and plenty of hand sanitizer.

The border rivalry that brings droves of Sooner and Longhorn fans to Dallas for a weekend of football and partying at the State Fair will look and feel much different this year. It will be much quieter, far less crowded and there will be little to do outside the stadium.

The fair has been canceled for the first time since World War II. Cotton Bowl capacity will be under 25,000. Fans will be required to wear masks. Stadium security will enforce social distancing and remove anyone who doesn’t follow the rules.

In short, the coronavirus pandemic has drained the spectacle from one of college football’s special games.

Still, Taylor and a few thousand others are still willing to make the effort for a traditional rivalry.

Taylor’s plan is to get up before dawn to make the 195-mile drive in time for the 11 a.m. kickoff. Once there, he’ll maybe take a photo of the masked Big Tex statue before searching out some of the comforts of years past at the handful of food vendors allowed to open, such as a beer in a wax paper cup and a corny dog before kickoff. When it’s over, he’ll quickly head home

“This is normally the greatest day in college football. There’s nothing like it. Down to every detail,” said Taylor, a Texas graduate who started going to the game in the early 1970s.

“Now we’re going to have 12,000 people sprinkled to the north side, 12,000 in the South side and you’re not going to have the feel of the pageantry that goes with it all.”

In a typical year, the Texas-Oklahoma game is unlike any other.

Held on a neutral site, fans from both schools jam the fair’s midway starting Friday night right up until kickoff, soaking up beer and scarfing down the fair’s legendary menu of fried foods. The arrival of the team buses is an event as they snake their way through the cheering and jeering crowds.

Inside the stadium, more than 90,000 seats are evenly split down the middle: Burnt-orange Texas fans on the south side, and crimson-clad Sooners to the north. The divide is one of the most visually striking images of the season.

Their mission is to stand up and scream for hours, then spill back into the fairgrounds for more revelry. Last year, game day drew more than 225,000 people to the stadium and fairgrounds, fair officials estimate.

State Fair officials are trying to provide some slices of fun. There will be about 25 food vendors in and around the stadium. The massive Texas Star ferris wheel will be running.

“We’ve got bits and pieces of the fair, it will just be quieter,” said State Fair General Manager Bob Hilbun, who has worked on the grounds in some capacity since his first part-time job at the ice rink in 1968.

Hilbun said he’ll be nervous right up until Saturday morning. He’s seen too many games get canceled or postponed to not worry just a little bit and stayed tuned for any reports on pregame testing for both teams.

“All it takes is one person on the football team to get (COVID),” Hilbun said. “We’ve seen it happen.”

It’s not just attendance limits that will keep away some fans who might normally go to the game, or just to Dallas for the parties in the city all weekend. The lingering threat of COVID has many skipping any kind of travel. Texas has reported nearly 800,000 confirmed COVID cases since March and more than 16,030 deaths.

Former Texas All-American linebacker Derrick Johnson was leaning toward staying home instead of heading to Dallas for the usual parties around game weekend. When Johnson first played against Oklahoma in 2001, he said the it felt like crowd noise would “make the world shake and lift my feet off the ground.”

But COVID is a “serious deal,” Johnson said. “Even though there’s less people in the stands, it’s still possible you could get exposed.”

Taylor has calculated that risk.

“I’m not kidding myself. I’m going to be shoulder-to-should with people sometimes. I’m assuming it will be that way going into the gates,” Taylor said. “But I’ll have my mask on. I’ll have hand sanitizer on me and we’ll spread out.”

Sooners fan Eric Winegardner and his wife have been going to the game since they were Oklahoma students in the late 1980s, and they’ll be there Saturday.

“Football gives us that little bit of a sense of normalcy,” Winegardner said, “even though it’s going to be a really strange experience.”

Fri Oct 9 , 2020
Columbus Day, known in some communities as Indigenous Peoples Day, is a legal holiday in Massachusetts. That means offices and some government services are closed and other businesses have special hours. Canceled events Traditional Columbus Day weekend events are canceled for 2020 because of the coronavirus pandemic: The Ashfield Fall […] 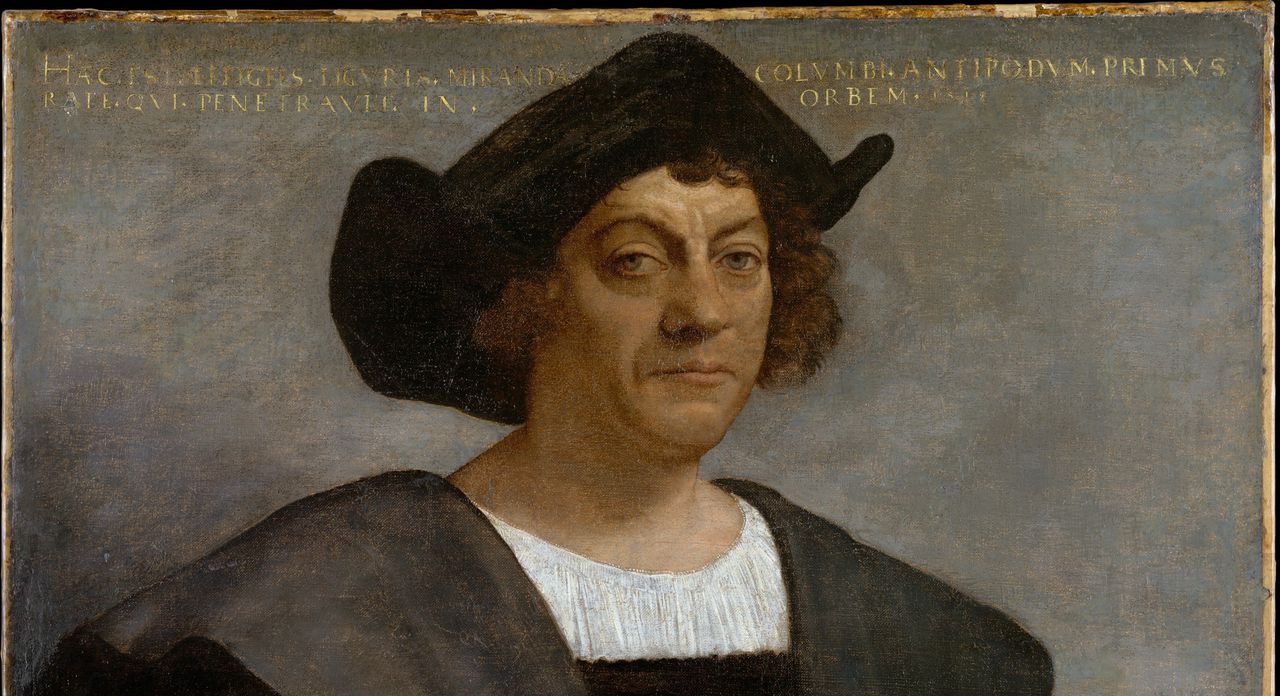