Every day, Sam Smith wakes up wondering if today will be the day he becomes homeless. Smith and his girlfriend received a notice telling them to leave a River District hotel by Dec. 15. But they have nowhere to go – not even a vehicle they could sleep in or a couch they could crash on.

Smith and the other 50 or so tenants of the Hawthorn Suites hotel being evicted by The Ezralow Co. are urging the company to allow them to stay a bit longer, or to provide relocation assistance.

The Calabasas-based Ezralow Co. sent notices to at least 38 tenants of the hotel Nov. 16, saying they needed to leave so the property could be renovated or sold. But activists are turning up the pressure on Ezralow to rescind the eviction notices, which tenants received as coronavirus cases were beginning to surge and temperatures were dropping. Four days before Christmas, activists and tenants stood outside City Hall on Monday for a press conference, holding signs that said “Ezralow Co. don’t be a grinch!” and “BAN COVID EVICTIONS.”

The Sacramento city attorney’s office has sent two letters to The Ezralow Co. saying the company is violating the city’s tenant protection ordinance and demanding the company give a 120-day eviction notice for tenants of the seven units who have been staying at the hotel at least a year. The company responded saying it interprets the language of the ordinance to mean the hotel is exempt.

“Contrary to the assertions of the deputy city attorney, we remain adamant that the property owner has fully complied with all legal obligations owing to each of the occupants of the subject properties,” Ezralow attorney Sid Rosenberg said in an email to The Sacramento Bee.

Mayor Darrell Steinberg said the city will continue to do all it can to prevent the evictions, but added: “Beyond the legal particulars, I would call on the property’s owner to display a conscience in this difficult time.”

California has a coronavirus eviction moratorium in place, but it only applies to evictions for nonpayment of rent, said Jennifer Kwart, spokeswoman for Assemblyman David Chiu, D-San Francisco. “Localities were able to pass local ordinances to regulate or put moratoriums on other types of evictions,” Kwart added.

Will city ordinance be strengthened?

The situation highlights the need for the city to strengthen its tenant protection ordinance, City Councilwoman Katie Valenzuela said.

“The unfortunate reality, that a lot of you know, is that even when these eviction notices are rescinded and reissued following the law, it’s really just a ‘stay,’” said Valenzuela, who was sworn in last week to represent the central city and Land Park. “Being able to stay in a unit longer and giving folks a little bit more time to figure out how to find new housing. The state and local laws are not enough.”

The city ordinance should be amended to cover renters who have been in their units less than a year and also require landlords to provide additional financial assistance for relocation so renters can afford security deposits, first and last month’s rent, Valenzuela said. She’s requested an item on the agenda for the City Council’s Jan. 5 meeting to discuss potential ways to strengthen the ordinance.

A ballot measure that voters rejected last month, supported by Valenzuela, would have required landlords to provide at least $5,500 in relocation assistance in situations like the one the Hawthorn tenants are in. Ezralow is giving one month of waived rent or the equivalent amount in cash to the tenants who have been there a year, but not giving financial assistance to the rest of the tenants – the majority.

Both Smith and fellow tenant Sofia Garcia moved into the hotel in January – not quite a year ago, so they are not protected by the city ordinance. Neither has one woman who has five children staying with her in the hotel, Garcia said.

The mayor said he is open to strengthening the ordinance.

“This is exactly the kind of situation we need to avoid,” Steinberg said. “No one who has followed all the rules should be at risk of losing their safe housing with little notice or assistance, especially during a pandemic.”

Just a few months ago, the tenants were facing a different fate.

In the fall, officials announced plans to convert the hotel into homeless housing through the state’s Project Homekey program. A relocation consultant came to the hotel and told the residents they would help them find apartments and provide them with a significant amount of financial assistance, Smith said.

But in November, the deal fell through, over an appraisal price issue. Smith first heard the news from an article in The Sacramento Bee, he said. Three days later, the tenants got the notices telling them they had to leave.

“I think it’s unfair that a place that was supposed to be helping the homeless is now making people homeless,” said Garcia, 47. “Now with an eviction notice, people are going to have an even harder time finding a place to rent.”

Smith’s girlfriend already has an eviction on her record, which is how they ended up at the Hawthorn in the first place, he said. Adding another one will make it even harder to find a place in Sacramento’s increasingly competitive rental market. Becoming homeless would be especially difficult for his girlfriend, who has suffered from mental health issues and colon cancer. But with all homeless shelters full on any given night, they’re worried it’s likely.

Ezralow Co. submitted an application with the city over the summer to redevelop the hotel into a 281-unit apartment complex. That project has not yet been approved by city staff, said Kelli Trapani, a city spokeswoman.

The city spent more than $5 million on rental assistance – cash to pay rent for the tenants most impacted by the coronavirus. That money was partly from the federal coronavirus stimulus check the city received in the spring, but it must be spent by the end of the year. It does not appear likely that more federal assistance is coming to the city. A coronavirus aid package Congressional leaders agreed to Sunday includes no additional funding for cities.

Theresa Clift covers Sacramento City Hall. Before joining The Bee in 2018, she covered local government at newspapers in Pennsylvania, Virginia and Wisconsin. She grew up in Michigan and graduated from Central Michigan University.

How Wilmer Valderrama Ended Up Settled Down and Happier Than Ever

Tue Dec 22 , 2020
There was a time when Wilmer Valderrama may not have been the guy to trust with your secrets—or even to trust with his own secrets. But times have definitely changed. The NCIS star, whose young-Hollywood days were punctuated by explosive headlines about a line of girlfriends and sexual conquests, rang […] 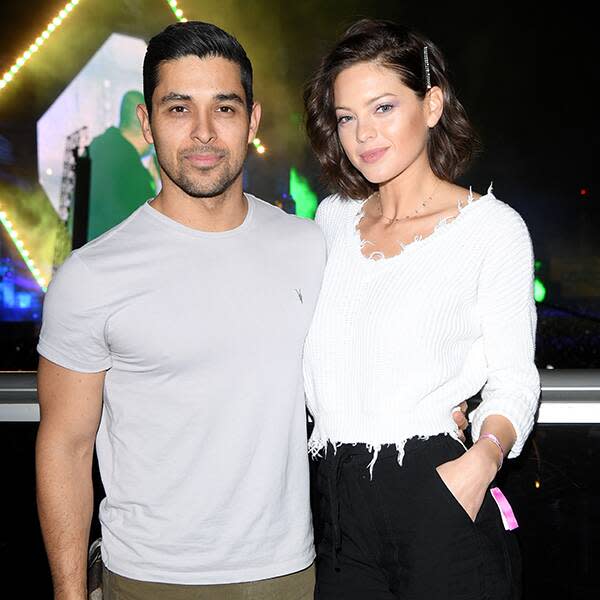