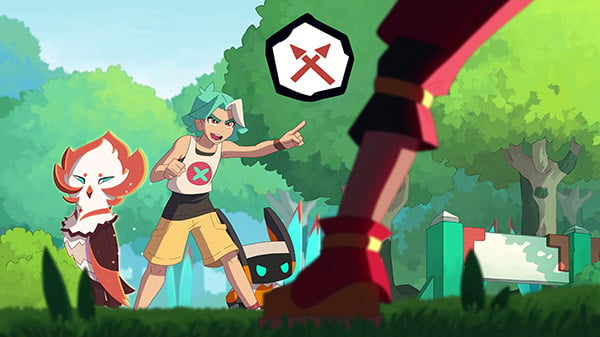 Publisher Humble Games and developer Crema have released the launch trailer for Temtem Early Access on PlayStation 5, which is available today for $39.99.

Here is an overview of the game, via Humble Games:

Temtem is a massively multiplayer creature-collection adventure. Seek adventure in the lovely Airborne Archipelago alongside your Temtem squad. Catch every Temtem, battle other tamers, customize your house, join a friend’s adventure or explore the dynamic online world.

Every kid dreams about becoming a Temtem tamer; exploring the six islands of the Airborne Archipelago, discovering new species, and making good friends along the way. Now it’s your turn to embark on an epic adventure and make those dreams come true.

Catch new Temtem on Omninesia’s floating islands, battle other tamers on the sandy beaches of Deniz or trade with your friends in Tucma’s ash-covered fields. Defeat the ever-annoying Clan Belsoto and end its plot to rule over the Archipelago, beat all eight Dojo Leaders, and become the ultimate Temtem tamer!

Watch the trailer below.

Tue Dec 8 , 2020
Christmas celebrations may look different this year, but efforts to safely offer good tidings and cheer are ongoing in O’Fallon. Because of the coronavirus pandemic and the state’s Tier 3 mitigation restrictions, some of the O’Fallon-Shiloh Chamber of Commerce Tinsel Around Town activities have been canceled, but the Downtown District […]