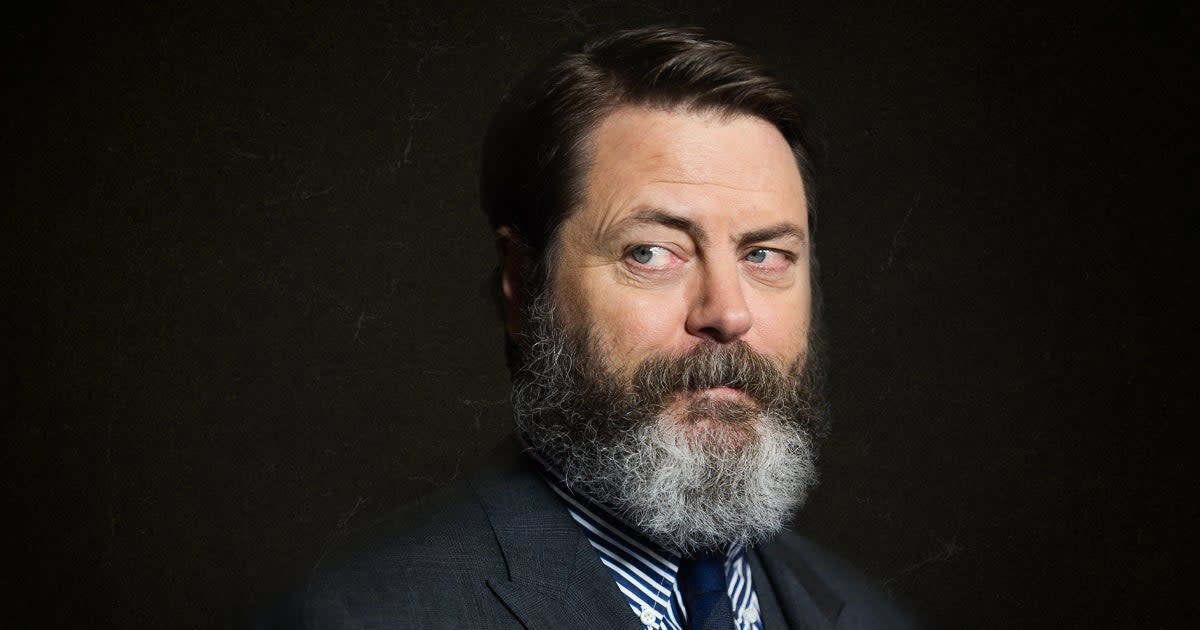 Nick Offerman’s 5-Step Plan to Get Into Woodworking

There is perhaps no more telling anecdote about the murky distinction between Nick Offerman, the actor, and Ron Swanson, the fictional Director of the Pawnee City Department of Parks and Recreation he played on Parks and Recreation, than the parting gifts bestowed on the cast and crew shortly after the series ended in 2015.

A little less than a year after the final curtain, series co-creator Mike Schur took to Twitter to reveal that Offerman had carved elegant canoe paddles with the Pawnee City crest emblazoned on them for the entire cast and crew — paddles that were made from wood Offerman had salvaged from the rubble that once was the Parks & Rec set.

It was both a heartfelt tribute to a beloved character, and a testament to how deeply Offerman loves the craft of woodworking. Offerman’s father and uncles had instilled in him a love of woodwork