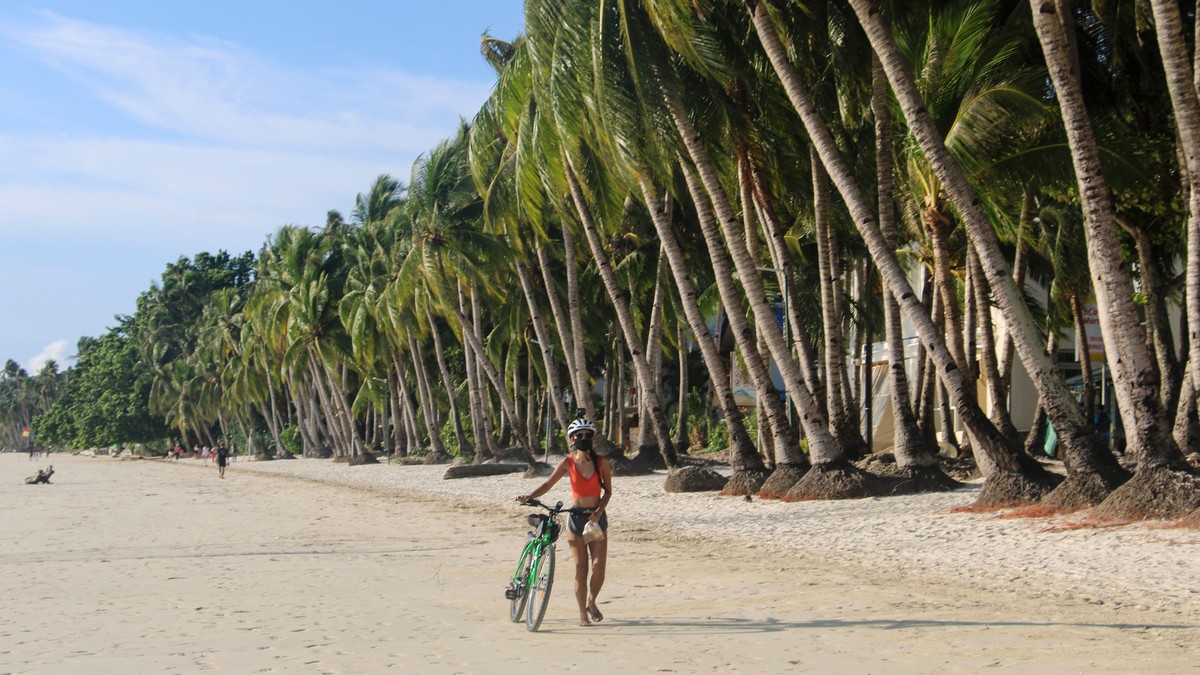 World-Renowned Island in Philippines Reopens to Tourists Despite Case Surge

In this photo taken on October 1, 2020, a resident wearing a face mask walk along a beach in Boracay, central Philippines. Authorities eased restrictions in the world-famous Boracay on October 1, allowing local tourists to visit the island after more than six months of quarantine as coronavirus infections leveled off.
PHOTO: STR / AFP

The white sandy beaches of one of the world’s most famous vacation islands in the Philippines have reopened to tourists as the country with the worst COVID-19 outbreak in Southeast Asia tries to salvage its battered economy.

Like neighbors Thailand, Cambodia and Vietnam, the Philippines has been hit hard by the loss of tourism revenue and is turning to domestic travelers with deals and enticements to try and salvage what’s left of the industry until international travel safely resumes. 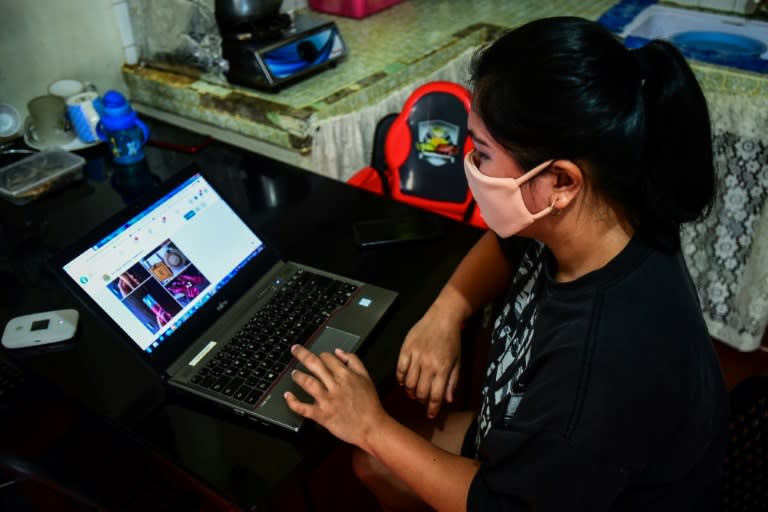 Struggling to make ends meet, Lorraine Imperio swapped a pair of Nike slip-on shoes for a whole dressed chicken on an online bartering site, one of dozens that have sprouted up during the Philippines’ virus lockdowns.

With millions stripped of their jobs and many forced to stay home to slow the coronavirus spread, Filipinos have flocked to Facebook groups to exchange their possessions, including kitchen appliances, children’s toys and designer handbags — mostly for food.

“It’s so difficult nowadays. You don’t know where you’ll get the money to settle the bills for groceries,” said Imperio, a mother of two whose husband works part-time at a doughnut shop in Manila.

His hours have been slashed because of the pandemic and he now only earns about 9,000 pesos ($185) a month, half of which is used to pay the rent for the family’s apartment.

Online bartering groups have provided a lifeline to 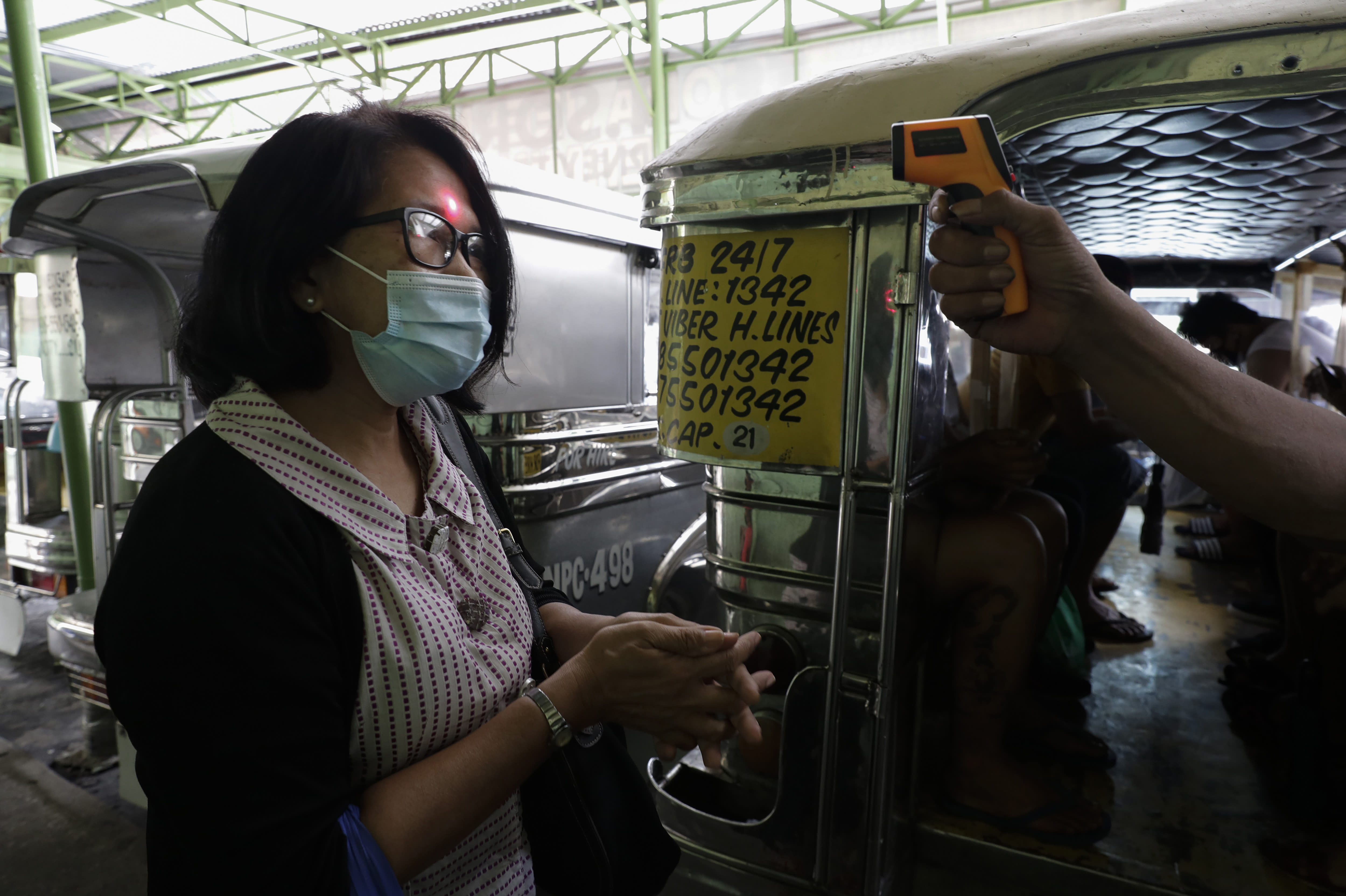 MANILA, Philippines — Coronavirus infections in the Philippines surged past 100,000 Sunday after medical groups declared that the country was waging “a losing battle” against the virus and asked the president to reimpose a lockdown in the capital.

The Department of Health reported a record-high daily tally of 5,032, bringing the total confirmed cases in the country to 103,185, including more than 2,000 deaths. The Philippines has the second-most cases in Southeast Asia after Indonesia.

More than 50,000 infections were reported in less than four weeks and leading hospitals began warning that their coronavirus wards were fast being overwhelmed to capacity again, as they were when cases soared alarmingly in April.