Africa is a vast and diverse continent that receives millions of visitors from all over the world every year, but more could be done to welcome its very own. When people from outside the continent talk to us, they assume we’ve seen the fabled pyramids of Egypt or watched the magnificent Victoria Falls between Zambia and Zimbabwe. Nothing could be further from the truth. We barely know our own backyard, and we might not be changing that soon if we don’t address these five obstacles that stand between us and the wonder of discovery.

It’s cheaper by road, but that’s a grueling journey only someone with time on their hands and some level of agency will undertake.

I wince every time I check the cost of flight tickets online from Cameroon, where I live. For the average person who just wants to explore, there’s simply no incentive to fly to neighboring Gabon or move the length of the continent to play on the beautiful beaches in the Seychelles. It’s cheaper to fly to Paris from Douala in Cameroon (which is 3,127 miles away) than to Libreville in Gabon—a mere 253 miles from Douala.

We don’t have enough traffic to bring down prices, and often you’d have to fly in the opposite direction to Togo before flying back over Cameroon to land in Libreville. It’s cheaper by road, but that’s a grueling journey only someone with time on their hands and some level of agency will undertake. To solve this problem, African governments need to work on bilateral and regional agreements with each other, as well as invest in Pan-African carriers that can fly multiple destinations. Helping airlines deal with infrastructure and maintenance problems will also help bring down costs.

“Visas are a nightmare. They are ridiculously expensive and mostly unnecessary. They require a lot of paperwork and you waste a lot of time trying to put everything together,” says Katchie Nzama, a passionate South African journeywoman and beer blogger who’s visited 34 African countries.

According to Africa Visa Openness, Morocco (Africa’s top destination for international visitors with close to 13 million tourists in 2019) is only visa-free to six African countries. Three of those are its closest neighbors. Egypt offers visas on arrival to citizens from four African countries, the rest have to apply for a visa. Visas are not needed to fly to South Africa from 17 countries, but most of these are its southern neighbors. For Africans, the best option among the top five international destinations is Tunisia which is open to 21 African countries. Mozambique is another good option, offering free access to nine countries and issuing visas 44 on arrival.

More countries are opening up especially as Africa heads towards closer economic integration. It’s also now possible as an African to get e-visas to 24 African countries. The Africa Continental Free Trade Area that started in January 2021 hopes to open up borders, but if you don’t want to worry about visas, the Seychelles, Benin, and the Gambia have an open door policy towards all Africans. Visit Africa Visa Openness Index for more information. The site will help you organize your trips and follow the progress as more countries open up.

There’s simply not enough information about African destinations. A lot of what is available on reputable travel sites is written by foreign visitors who might have different passions when they come. There are few up-to-date African travel guides in print, and when they’re available they’re not properly marketed. I own 10 travel books, the closest to home is a book about Libya that was published in 1967. Many of the best images I have sourced for articles about Cameroon are credited to Americans and Western Europeans. That is changing with local bloggers doing more to promote African destinations, but it’ll need government action to accelerate growth. These bloggers need open access to museums, art, parks, safaris, palaces, events, and venues to be able to document an authentic experience of the African explorer. Often left out of the conversation are the tour guides and travel agencies that have the most knowledge about the continent. They need support, education, and resources to take African travel to the next level.

“My curiosity was the unknown. I don’t plan my travels. I learn the basics such as religion just to know how to be presentable. Everything else I go with the flow.”

Mapping Africa will change current stereotypes among its people and uncover new destinations and experiences. We need more African voices telling us what they find exciting about our culture and environment. More locals need to explain to us how to get to a place and what to see when we get there. Also crucial is information about cost, hotels, food, security, transport, welfare, and attitudes. We need more research into what the African traveler is looking for when they hit the road, and how the expectations vary from Algeria to Zimbabwe. A quick search online for the top things to see in Africa will give you a list of parks, reserves, and safaris. Nature is the theme, but we still want to find out what excites the people who live in it.

My solution to the knowledge deficit is to try out as many experiences as possible. When I’m staying in a town for a few days I try out as many hotels as possible to know which ones provide the best service. That way I know exactly where I’m going on my next visit. This has not only been useful to me but to my friends, as well, should they need to find a room in the same town. To move like this I strive to travel as light as possible. Many times I have discovered local travel is not as expensive as I imagined. I’m always asking around and comparing. You’re more likely to travel to a place if you know about it, and there’s no better inspiration to travel than travel itself. For Katchie’s adventure across 34 African countries, lack of information was the least of her worries.

“My curiosity was the unknown. I don’t plan my travels. I learn the basics such as religion just to know how to be presentable. Everything else I go with the flow.”

The vast majority of Africans cross borders on land, rather than air or sea. Whatever route they choose, we need to set up more entry points for processing people and baggage so that they’re crossing at the shortest possible distance from their homes. This will make cross-border travel less expensive, less cumbersome, and less corrupt.  An improvement in local and regional roads, railway, sea, and air transport will bring down the cost of transport and increase the chances of people traveling for leisure. More countries need to come together to grow their transport networks to connect tourist hotspots between states.

At the moment, we’re mostly traveling for work and business or events. We’re less likely to endure discomfort for the sake of travel, so improving the travel experience will boost travel. This includes better training for customs who are not always the nicest people to deal with. To avoid the delays and uncertainty around public transport in Cameroon, I keep tabs on friends who are driving out of town so that we can share the cost. In addition to a comfy ride with many stops, I also benefit from good company. Katchie has tried every available ride on her trips: buses, trains, tuk-tuks, motorbikes, trucks, bush taxis, ferries, and many others. She says she has found public transport affordable, especially in places where the tourism industry is well developed.

“Countries like Morocco and South Africa have an established backpacking industry so you can always stretch a buck.”

I’ve mentioned promotion, but we need a deliberate effort to manage how we sell Africa to Africans. This should start from design to delivery. Countries like Rwanda, Morocco, and South Africa take tourism marketing very seriously, but the next step will be how to create campaigns and design packages that target the average African. Travel and marketing agencies working together with local and central governments will play a crucial role. Banks need to start looking at the returns that can come out of the travel industry at home if they’re coordinated and targeted.

For Katchie, it’s a journey of endless discovery. She relishes the differences across different African cultures but also marvels at the similarities. Among the 34 African countries she’s toured, she‘s been to some more than once and still can’t pin a favorite.

“I don’t have one. No country ever presents the same thing even if I visit multiple times. All the countries have been very accommodating. The fact that I travel alone as a woman, I found a lot of people wanted to protect me and help me get to my destination.”

Katchie has seen a lot on the continent, but her biggest discovery yet is how similar we are as Africans. She thinks we don’t celebrate our similarities, and I think maybe we haven’t spent time going out to meet each other. We haven’t been on the road long enough. We, as Africans, need to start exploring Africa.

Wed Jan 27 , 2021
With February quickly approaching, you may be eager to prepare for the most fun and love-filled day of the year: Galentine’s Day. The made-up holiday was popularized back in 2010 by Parks and Recreation’s Leslie Knope. “February 13th, Galentine’s Day, is about celebrating lady friends,” said Leslie. And while the […] 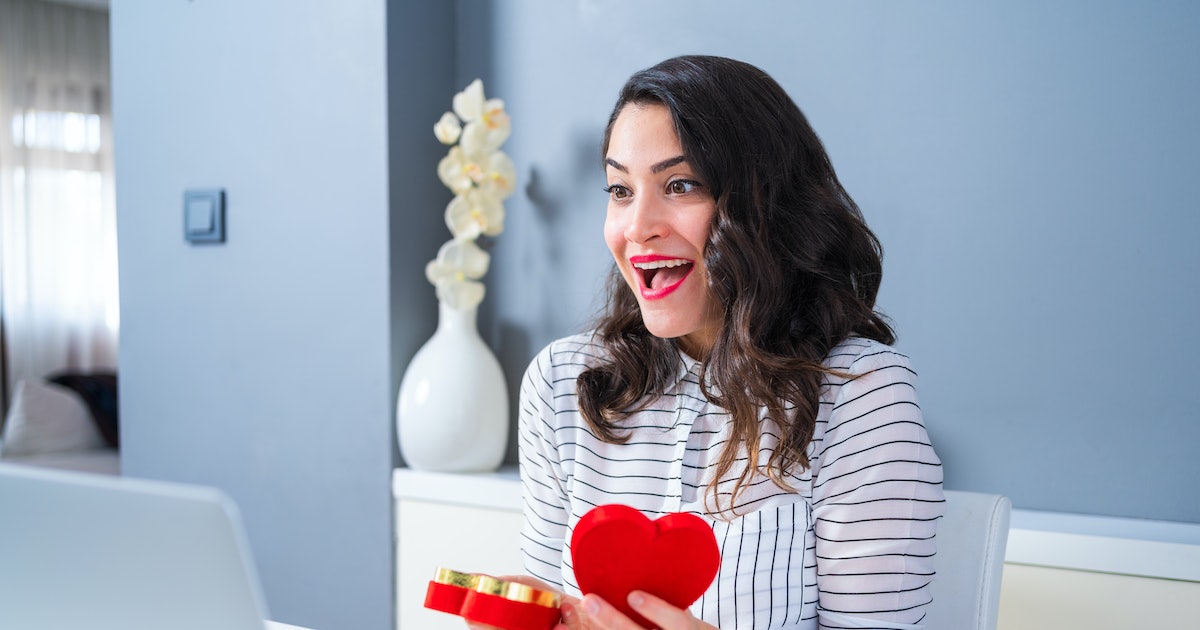