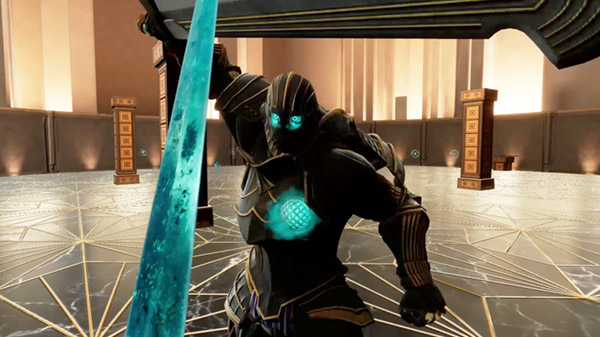 Virtual reality sword action game Swords of Gargantua will launch for PlayStation VR on December 8 for $29.99, publisher Gumi and developer Yomuneco announced. It will support English and Japanese language options.

Here is an overview of the game, via Gumi:

Swords of Gargantua is a fast-paced rogue-lite action game featuring realistic swordplay in an immersive virtual reality-enabled online environment. Your challenge is to level up your sword-wielding skills against a horde of enemies, and ultimately face their master, the towering titan named Gargantua. Fight solo or join with up to three others in online co-op, mastering your swordsmanship in blocking, parrying, and attacking, as well as your fighting strategy to defeat the mighty Gargantua!

Tesseract Abyss puts players into the deepest layers of the 4D space known as the “Tesseract.” While in the abyss, players can evolve their abilities and equipment through both single and multiplayer battles, gradually becoming stronger through equipment and abilities. Specifically, players can increase weapon strength through crafting and give themselves a temporary boost by using consumable artifacts.

Watch a new trailer below.