“Supernatural” was never supposed to last this long.

After 15 years, the 15th longest-running scripted primetime series in US TV history is finally coming to an end. On November 19, the last episode of “Supernatural” airs on the CW, closing the book on a historic piece of horror television and internet fandom.

Initially, “Supernatural,” a show about two brothers who roadtrip around the US and hunt monsters, was supposed to last for five seasons. Series creator Eric Kripke’s vision for the show concluded in 2010.

But at the same time that Sam and Dean Winchester were concluding their season 5 narrative arcs, a massive online fandom for “Supernatural” was exploding in popularity on Tumblr, where a young, LGBTQ-heavy demographic was watching the “Superwholock” TV trio of “Supernatural” and the BBC shows “Sherlock” and “Doctor Who.”

“If you go back to the early 2010s when ‘Superwholock’ was a thing, you could not go anywhere on Tumblr without touching a ‘Supernatural,’ ‘Doctor Who,’ or ‘Sherlock’ fan,” Amanda Brennan, Tumblr’s resident “Meme Librarian” said. “Supernatural” went on to be renewed for 10 more seasons.

At the heart of “Superwholock” fandom was “shipping,” when fans pair two characters who may or may not actually be dating on the show (when they are, the ship is “canon”).

The “Supernatural” fandom’s love of Destiel was no secret, and the showrunners embraced the fantasy. Misha Collins, the actor who plays Castiel, was originally intended to be in the show for three episodes. The overwhelming fan reaction to the character’s friendship with Dean led to Collins becoming a main character, appearing as part of a trio with the Winchester brothers. But up until very recently, it seemed like the pairing would never happen onscreen.

With two episodes in the show left, “Supernatural” appeared to make Destiel canon on November 5. In the third-to-last episode, Castiel proclaims his love for Dean and promptly dies.

While Destiel shocked the internet (Brennan said the reaction on Tumblr was similarly explosive to the day “the dress” optical illusion was posted in 2015), it was too little, too late for many former queer “Supernatural” fans.

As the cult favorite show draws to a close, Insider spoke to current and former “Supernatural” fans about the series’ complicated legacy with LGBTQ representation, and how it ultimately failed to give the young, queer audience that kept the show alive what it really wanted.

‘Supernatural’ has been accused of ‘queerbaiting’ for over a decade

For some queer “Supernatural” fans, the show eventually became unwatchable because of its willingness to tease a relationship between two men without ever following through.

“The queerbaiting just got ridiculous. You couldn’t pretend they weren’t doing it on purpose anymore. It wasn’t ‘Well, there’s some subtext.’ It was like ‘Oh my god, this is never going to pay off and you’re doing it to keep me here,'” former “Supernatural” fan Evan Tess Murray said.

“Queerbaiting” refers to media that hints at or makes it appear as though two characters are queer or in love without actually intending to follow through on their relationship or LGBTQ representation. Within the “Superwholock” fandom, both Destiel and “Johnlock,” the ship for John Watson and Sherlock Holmes on BBC’s “Sherlock,” were widely considered queerbaiting.

“There’s already a lack of queer representation in media. We rarely see our stories told, and very rarely told well,” Murray, 42, said. “We’re all really hungry for it. We’ve been willing to read into teeny tiny amounts of subtext for decades, because that’s all we got.”

“Supernatural” fans shipped its main male characters in large part because the show was all about the deep emotional connection that the men shared. In order to keep the show’s neverending road trip narrative moving for 15 years, none of the main characters were ever able to form long-lasting heterosexual relationships, and instead themes of love and sacrifice developed between Dean, Sam, and Castiel.

Before Castiel became a character in season 4, some “Supernatural” fans even shipped “Wincest,” and the show fully acknowledged and had in-jokes about the sexual tension between the two brothers. Numerous “meta” episodes addressed both Wincest and Destiel, culminating in the show’s 200th episode “Fan Fiction,” which centers around a group of “Supernatural” fans creating a “Supernatural” musical. The actors who play Dean and Castiel are a couple, and the Winchesters react to the concept of Destiel on-screen.

“It almost read like they were making fun of the fans, saying ‘You want this? Well you can’t have it,'” 20-year-old “Supernatural” fan Sawyer Greene, who is Murray’s son, said.

While it was understood there was a zero percent chance the show would ever seriously broach the topic of incest, Destiel snowballed in popularity largely because fans thought there was a chance it would become canon. But by the time it did, at least from Castiel’s point of view, the show was basically over.

“Having a main character like Dean being bisexual, if they were going to do it and if they had done it earlier, they would have gotten huge props from the online community,” Kodee Dahl, a decade-long Destiel shipper, told Insider. “It’s really satisfying to see happen, but if it had happened earlier it would have been more meaningful for the community.”

Besides happening so late in the show, queer “Supernatural” fans also found fault in the realization of Destiel because of what happened next — Castiel died and literally went to hell.

“It was the fastest ‘Bury your gays’ we’ve ever seen,” Murray said. “Bury your gays” is a literary trope where LGBTQ characters come out or find love only to die shortly afterward, and “Supernatural” has never successfully avoided it, to the disappointment of queer fans.

Long before Castiel died, “Supernatural” had a fan favorite named Charlie, a canon lesbian character. Shortly after Charlie’s character arc led her into what seemed like a promising lesbian relationship, she died, and was later brought back to life in the show only for her and her partner to die again.

“I’ll never fault someone for being hopeful and optimistic, but for me, when I look at what they did to Charlie in season 10, I’ll never look to this show as an example of queer representation. There’s no coming back from it,” Bry Conte, a 22-year-old lesbian “Supernatural” fan said.

Brennan, Tumblr’s “Meme Historian,” pointed out that as Destiel and “Supernatural” have grown less popular on the platform in recent years, shows in the same genre but with actual queer characters have grown more popular, like “Wynonna Earp.”

“I don’t feel betrayed [by “Supernatural”] because I never had that expectation in the first place,” Conte told Insider. “The queer characters we were given were treated terribly. Dean has some really homophobic lines in the earlier seasons. Even if Cas were to survive, even if he got a happy gay ending, it’s still three episodes out of 320. That’s not representation.”

“There was something so nice about coming back to all these characters, but especially Sam after all these years,” Conte said. “There was that familiarity of ‘I know you. I know who you are.’ I’m grateful to the show for that. For all its flaws, it’s gotten me through this year.”

Here’s what to know in South Florida on November 19

Fri Nov 20 , 2020
We’re keeping track of the latest news regarding the coronavirus in South Florida and around the state. Check back for updates throughout the day. Florida adds 9,085 new COVID-19 cases, nearly 2,000 in Miami-Dade 4:30 p.m.: Florida’s Department of Health on Thursday confirmed 9,085 additional cases of COVID-19, bringing the […] 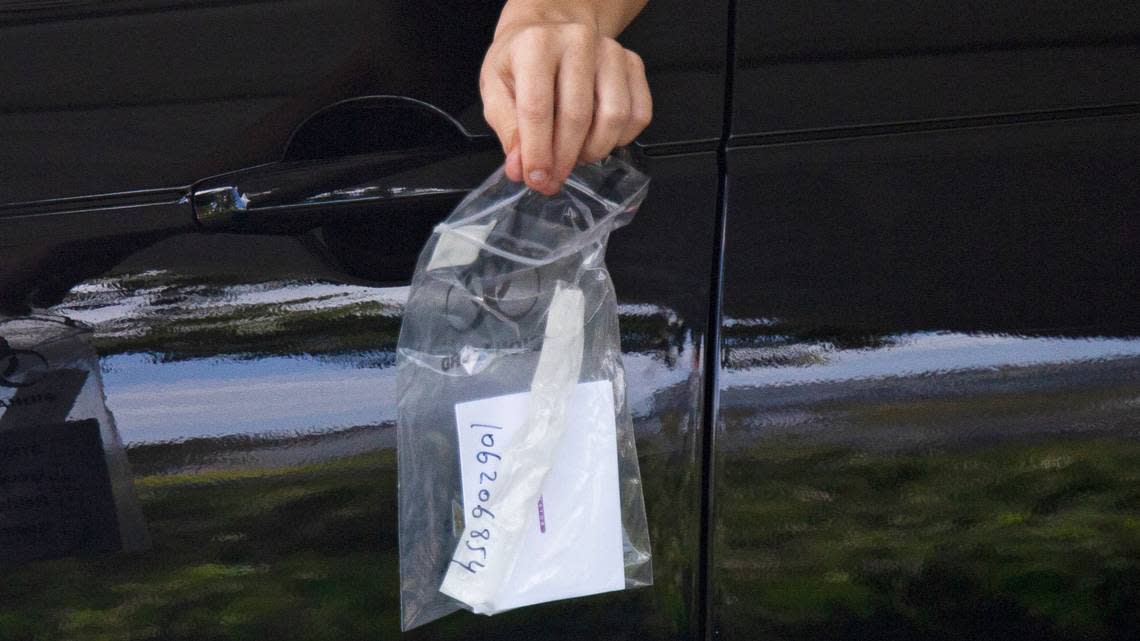