As more Ohioans become vaccinated and the weather improves, many people will be looking forward to spending their summer relaxing at local pools, lakes and aquatic centers with friends and family.

But their time in the water may be limited, not because of pandemic-related safety measures, but rather by the lack of available lifeguards.

Last week, Summit Metro Parks announced that there would be no swimming at the Munroe Falls Metro Park or the Silver Creek Metro Park because they were unable to hire enough guards. And at Lake Anna YMCA in Barberton, pools are closed in the middle of the day and on Sundays due to lack of staff.

Other pools continue to search for lifeguards through online job boards, social media, email blasts and swim team contacts and are holding out hope that they’ll fill their workforce to maintain their regular hours and programming.

“We’re seeing this all over the state, and it’s not a new thing,” said Woody Woodward, executive director of the Ohio Parks and Recreation Association. “It may be a bit worse [this season] than it has in the past because of the unpredictability of what the swim season looks like, and having the unpredictability of a school schedule has made an impact because a lot of departments go into high schools to recruit. Obviously that’s not happening right now given the pandemic.”

While this season has been particularly challenging, Woodward said parks and recreation departments across the state have been struggling to find lifeguards for the last decade, as it has become increasingly difficult to find people who will work for two to three months for a relatively low wage.

In Summit County, lifeguards are typically paid around $9 to $13 an hour.

Some parks and recreation departments have gone so far as to hire pool management companies that run pools for them, including hiring lifeguards, and even those specialized companies struggle to find qualified people, Woodward said.

Locally, several pools, including Lake Anna YMCA, will reimburse or pay for training and certification — something that Summit Metro Parks and Akron Recreation and Parks also offered in previous years.

LifeCenter Plus in Hudson also is running three certifications between now and when the outdoor pool opens at the end of May in hopes that they’ll be able to hire from that group of new lifeguards.

Although new lifeguards are always sought, pools heavily rely on returning guards, and those numbers have dwindled as well.

The American Red Cross, one of the largest lifeguard certifiers in the country, anticipated this problem early in the pandemic, and offered a free, online-only 90-day extension course for their lifeguarding and CPR/AED for the professional rescuer courses, so that current lifeguards would not lose their certifications and have to restart the entire process.

“In previous years, we’ve always had guards returning from the year prior, but because we weren’t open last year, all our guards were forced to find other jobs,” said Stephanie Schoenberg, personnel board chair of Maplewood Pool in Stow. “Those ended up being jobs they’re continuing, so we lost a lot of our regular guys and gals.”

This is a particular problem for Maplewood, as they rely on returning guards to help train new employees. So far, Maplewood only has eight applications, six of whom want to work part time.

“That’s simply not enough to effectively run a pool,” Schoenberg said. “It’s still early in the season, but it is on the low side.”

“We reopened in June, and I have received two lifeguard applications during that time frame. Generally, I would get maybe two or three a month,” she said.

Staffing has been so low that Ferencak-Hapanowicz herself has had to fill in for lifeguard shifts and swim instructor hours to cover their holes. Even with her help, pool hours and programming have been reduced.

“On Sundays, our branch is open, but I’m unable to open the pool because I don’t have staff who can work on Sundays. I’ve never experienced this before. We’ve always been able to be open when the branch is open,” she said. “It’s also the first time for me that we’re closed in the middle of the day.”

LifeCenter Plus owner Jerry Lynch has struggled to find lifeguards for the past two or three years, which has continued into this season. But he said he’s hopeful that pool hours at the facility in Hudson will continue as they have in previous years.

“We haven’t had to make that decision yet because we still have time. I’m hopeful we’ll be able to get enough people, or that the people we do have will be willing to take more hours than they typically do,” he said. “Normally, guards like to get 10 to 15 hours, but if I can talk them into 15 to 20 hours, that would certainly help us out a bit.”

Akron Recreation and Parks manager Brittany Schmoekel said that while they have seen lower numbers for new guards, they are seeing many returning guards because they were one of the few outdoor pools to remain open last summer.

“We opened a bit later with a lot of health and safety guidelines in place, and we were able to hire guards because others weren’t opening,” Schmoekel said. “So for this year, we do have several guards returning already, and we’ll be posting this week for new guards. Our plan is to fully staff both pools this year. That is our optimistic plan.”

Schmoekel added that prior to 2019, the two outdoor pools could only be open on alternating days due to staffing issues. After a big hiring and training push, they were able to open both pools five days a week, though it was still a challenge, she said.

Tallmadge Maca Center has seen similar issues, but supervisor Jessica Simons said that hiring has not been as big a challenge as she anticipated.

“We’ve been lucky enough to find between 25 and 30 lifeguards,” she said. “We usually like to have 35, so we’re still looking, but what we are finding is that we’re getting younger, new guards, and we don’t have as many that are certified to teach swim lessons.”

Simons noted that Maca has already sold out of its 1,500 memberships and has a waitlist to join.

The pool is members only this year, and members may only bring in one guest at a time, but Simons said “we anticipate still needing the same number of guards. That’s the thing about the pool: you still need to watch the same area, regardless of how many people are in them.”

Sara Kline, superintendent of the Cuyahoga Falls Parks and Recreation Department, said there are always some challenges in finding enough qualified lifeguards to fill shifts at both Water Works Aquatic Center and the Natatorium.

“I wouldn’t say that this year is more challenging than any other year,” Kline said. “We provide top notch training and opportunity for lifeguards and we believe that the Parks Department has a good reputation, causing many people to want to work with us and return for multiple summers.”

Water Works will close earlier on Sunday this year (6 p.m.) than it did last year (8 p.m.) because of “operational changes due to attendance patterns and staffing,” Kline said.

Kline noted the pandemic has slightly changed training protocols for lifeguards. Online training for class discussions occurs “as much as possible,” Kline said.

For water skills training that still needs to be done in-person, Kline said many precautions are taken to reduce the risk of exposure to COVID-19.

“Before class we ask that everyone is self-monitoring, ensuring no fever and no known exposure and when we are in congregate space, everyone wears their face covering, except when in the water,” Kline said.

Fred Johnson, chairman of the Silver Lake Estates Board of Trustees, said they still have some lifeguard positions to fill for the summer.

“Hiring lifeguards is always a challenge but we always rise to the challenge and make sure we have the most qualified people that are out there protecting the children,” Johnson said.

He noted Silver Lake Estates has “a pretty stable” lifeguard group and “a pretty strong bench.”

“I know we’ll have [the spots] filled when the season opens,” Johnson said.

Thu Mar 25 , 2021
But one does not have to be online to witness this upsurge in Deaf content and sign language representation, itself both a part of and distinct from the groundswell of stories about differently abled people that have arisen over the last decade. After years on the margins, the Deaf community […] 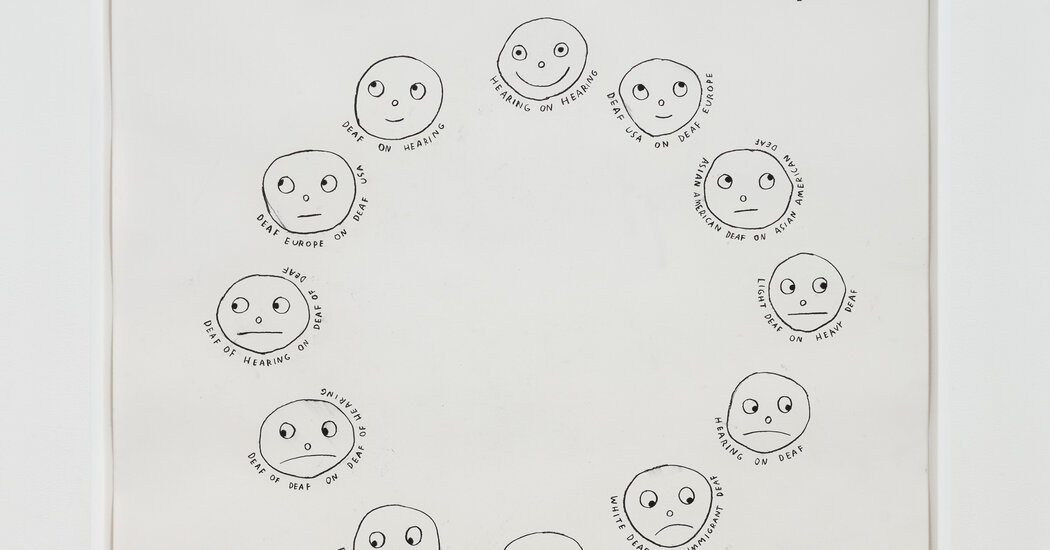