A look into Butler’s COVID-19 record throughout the fall semester. Photo by Josa Kerns.

Throughout the 11 weeks students have been on campus, new positive cases have averaged under 20 each week, according to Butler’s COVID-19 dashboard, with a total of 206 total cumulative cases as of Nov. 10.

Marion county has seen a general increase in their averages of positive tests since August. When classes began in August, the Marion county cases averaged 110 per day. Now, however, that number has risen to 440 cases per day, as of Nov. 9.

The most notable spike on Butler’s campus occurred during the week of move-in, where over 50 students tested positive for COVID-19. This spurred the university to move all classes online and enact a shelter-in-place order that temporarily closed non-essential activities, including athletic practices and the Health and Recreation Center.

Brent Rockwood, Butler’s vice president chief of staff, said this decision was done to curb the rising case count occurring at the university. Rockwood said off-campus parties were largely responsible for the positive cases, and as a result, disciplinary action was taken for non-compliant students.

“Overall, by looking at the past 10 weeks, we’re in a fairly good position,” Rockwood said. “Obviously, living in a pandemic, you’re never going to be able to eliminate risk entirely — that was never our goal, the goal was to reduce that risk as much as possible across our university through our health and and safety plans and to our campus community.”

Another spike in positive cases that occurred toward the end of September was connected to a university athletic team. Around this time, Marion county experienced its lowest average case counts of the semester, around 90 new cases per day.

Grace Roberts, a sophomore strategic communication major, said she did not have high expectations going into the semester and predicted the university would send students home within a matter of weeks after move-in. She said she values the experience of in-person classes, so she is happy that the university community has complied with restrictions. Roberts has seen her peers’ dedication to ensuring students remain on campus and the mutual respect everyone has for one another’s safety.

“I think that we judge ourselves and each other if we don’t wear a mask, which is better than not caring,” Roberts said. “I think that fear is a driving force right now, everyone’s scared of being sent home.”

Elise Mulholland, a junior elementary education major, also did not think Butler would make it through the semester without being sent home.

Now that she has seen the joint efforts by faculty, staff and students, Mulholland said this makes going into next semester less nerve-wracking than this semester.

“I feel like on the COVID front, I know we won’t get sent home and it’s probably going to play out the same as this semester, so it’s a little nice knowing what to expect,” Mulholland said. “I feel like this is the new normal and so we’ve gotten the routine down and Butler’s gotten their routine down and it’ll be kind of the same implementation next semester of everything.”

Mulholland would like to see the university increase testing and an improved system for quarantine students. While she has been pleased with Health Services being proactive with testing symptomatic students, she has known some students who were denied testing when exposed to a known positive case.

Rockwood said the university will continue to increase testing efforts, specifically with exposed and asymptomatic individuals, going into next semester.

Ultimately, no one can predict what the next couple months may hold, especially with the current rising cases across Indiana. Following COVID-19 restrictions will contribute to overall community well-being and maximize the likelihood of completing the semester in-person.

Wed Nov 11 , 2020
(Bloomberg) — Alibaba Group Holding Ltd. kicks off the world’s biggest 24-hour shopping binge Wednesday, an annual frenzy of consumption for hundreds of millions that this year will also serve as the best barometer so far of China’s post-pandemic recovery. Singles’ Day debuted in 2009 and has grown over a […] 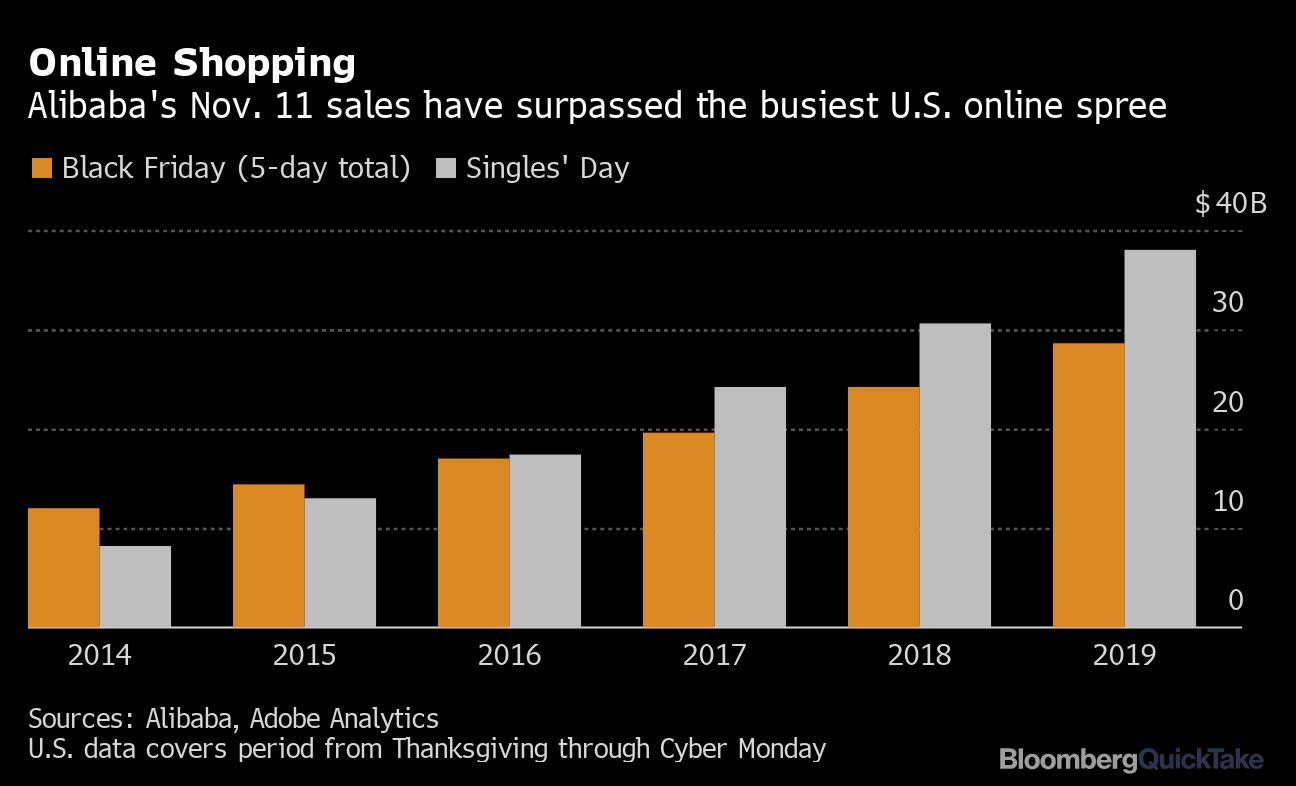