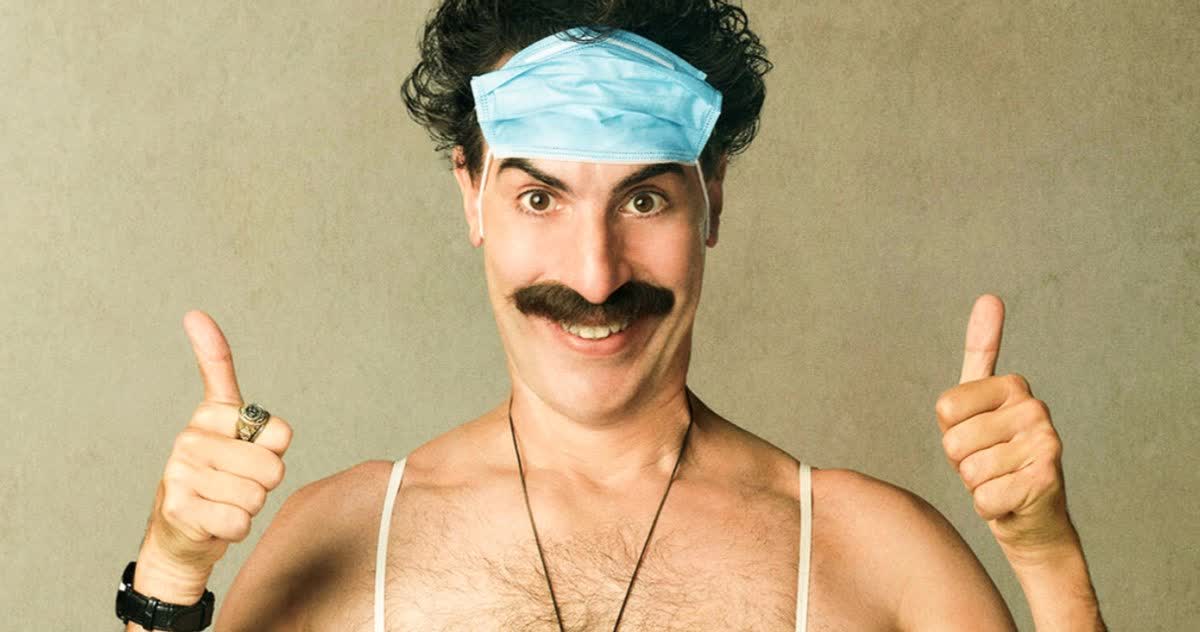 The streaming market is crowded – main-streamers, niche services, webisodes and all points in between are continuing to slowly take full control over the television landscape. A lot can happen in a week and investors can easily miss something important.

The “Streaming Spotlight” is a look at back at the week in streaming and the companies that made the biggest moves – whether shareholders realized it or not. To succeed in today’s cord-cutters market, savvy investors know to make savvy choices; it is about more than just numbers and some of the most important information sometimes isn’t on a balance sheet.

In this edition of the “Streaming Spotlight” we’ll look at Amazon (NASDAQ:AMZN), AT&T (NYSE:T) and Comcast (NASDAQ:CMCSA). 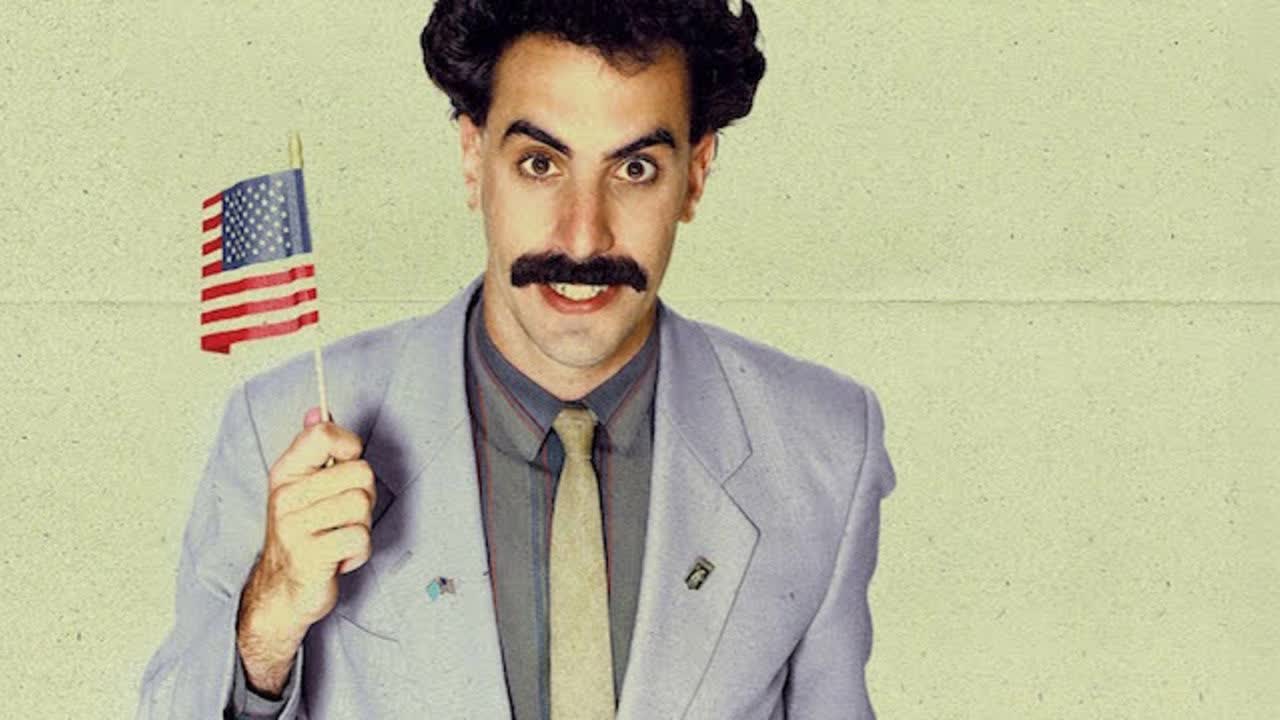 Amazon this week pulled its own version of an October surprise by revealing it has acquired the rights to the sequel to Borat. Entitled Borat Subsequent Moviefilm: Delivery of Prodigious Bribe to American Regime for Make Benefit Once Glorious Nation of Kazakhstan (which was already seemingly changed from the time of initial announcement), the project will drop right before the 2020 election.

Cohen, known for making a splash with colorful characters, has made no secret which way he leans politically. Over the past few months, we’ve seen small signs he was planning some type of long-game stunt so something of this nature was expected – but bringing back the Borat character was a fun twist. The film will sport “cameos” from Vice President Mike Pence and Rudy Giuliani among others, including one known political figure whose presence Cohen has teased could be “career ending.”

Politics aside, this is a coup for the Jeff Bezos owned e-tailer.

Shareholders have seen the company be uncharacteristically quiet lately on the streaming front – no doubt a result of the pandemic leading to a surge on its traditional online retail business.

For the company to come out swinging with Borat 2 is a sign it is ready to ramp up its game. Combined with the recent success of The Boys, Amazon’s latest breakout successful franchise, the news is coming at the right time.

It’s also important to remember that as awards season slowly begins to take shape, Amazon will be back in the fold courtesy of One Night In Miami which was helmed by the new queen of awards (regardless of the medium) Regina King. The Oscar winner makes her directorial debut with the drama that revolves around a fictional account of a real event in which Cassius Clay, Malcolm X, Jim Brown, and Sam Cooke spent the night in a Miami hotel room celebrating Clay’s win over Sonny Liston in 1964.

While Borat won’t likely be entering the Oscar picture, its presence on Amazon’s slate will serve as part of a broad and all-encompassing roster of projects that should be appealing to a variety of audiences. With the streaming space being so crowded, Amazon needed a splashy project to draw attention away from both Netflix (NASDAQ:NFLX) and the slew of rookies looking to make your holiday “must” list.

With the film as the centerpiece, that lineup should provide enough firepower for both current and potential subscribers to get excited…as well as investors. 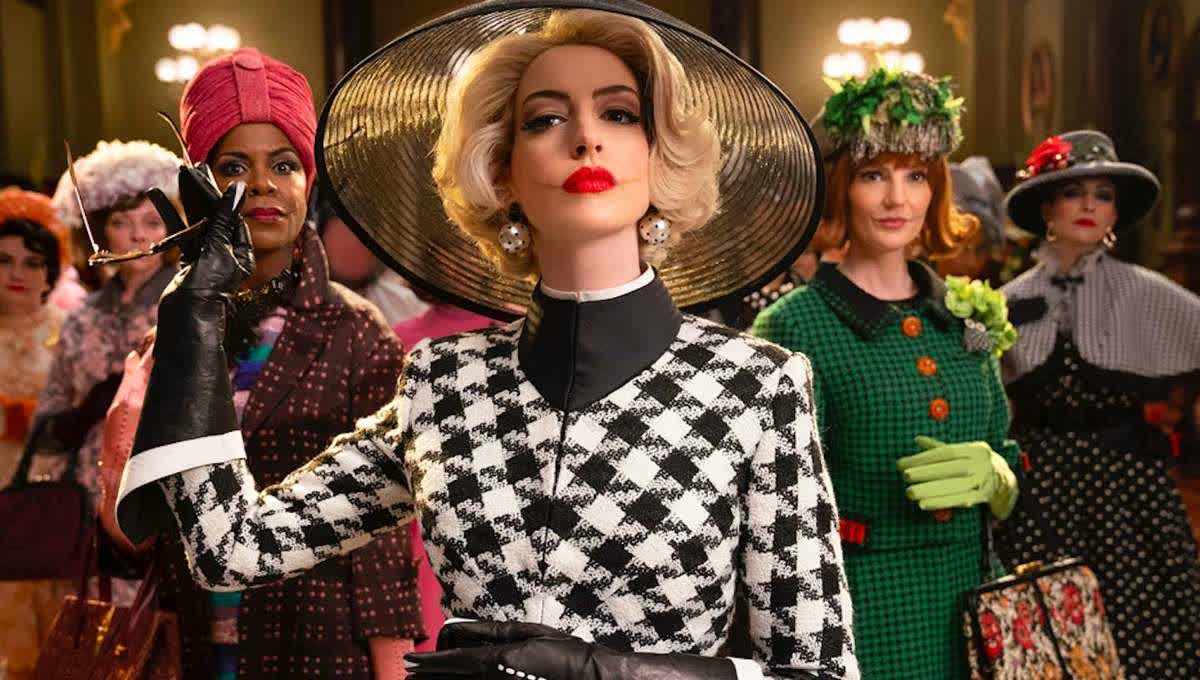 No HBO Max didn’t make a deal with Roku (NASDAQ:ROKU) or Amazon, but AT&T’s (T) signature streamer DID finally pull a film from its sister studio’s pipeline and that is a message that shareholders should appreciate.

This week it was revealed Warner Bros.’ The Witches will jump from screen to stream later this month, which is a significant switch for the studio. Based on a Roald Dahl story and featuring an ensemble led by Anne Hathaway, the film is directed by Robert Zemeckis off a screenplay he co-wrote with Kenya Barris and Guillermo del Toro.

Zemeckis alone is known for high-budget projects and throw in del Toro and Hathaway and the stakes get bigger. This was a message to shareholders that HBO Max is finally acknowledging it’s ready to play the same game as Disney (NYSE:DIS) and Apple (NASDAQ:AAPL) (among others).

You’ll remember Disney has already pulled from its distribution pipeline multiple times and Apple has bought a number of projects from studios looking to unload movies they can longer support via the traditional model. The holdout had been HBO Max which was surprising given the breadth and depth of the WB roster mixed with the hesitation of moviegoers tied to going back to theaters.

The move comes after the studio held firm to its plan of releasing Christopher Nolan’s Tenet in theaters and seeing it fall flat. While internationally the film performed better, the lower domestic grosses made the studio think twice about duplicating that tactic.

It’s also worth mentioning that while The Witches may mark the first time HBO Max has snaked a release originally earmarked for theaters… it won’t be the first time the theaters have lost a WB picture during the COVID time frame.

You’ll remember earlier in the year the studio pulled Scooby Doo reboot Scoob! from theaters to paid-video on demand. The move was questioned at the time by investors and analysts. Many didn’t so much object to the strategy shift but were confused why the movie was not going to be part of the launch day roster of new content for HBO Max, which was already razor thin.

The reason was Warner decided it wanted to test the PVOD waters after rival Universal tried it with Trolls: World Tour and had great success. The result was a bit more mixed as WB never released numbers for Scoob! but some reports suggested that was because Trolls outperformed it.

Pair that result with Tenet’s tepid bow and you can see why the studio was game to try something new – complete with the telling tagline “Bring The Big Screen Home.”

This really was the next logical step for the AT&T-owned companies because it is already something being worked on around future projects. You’ll recall comics division DC is far down the road creating strong synergy with its sister film and TV networks tied to various projects around IP like Batman and The Suicide Squad.

It is that level of strong connective tissue that has served as a strong momentum driver for the network as a whole. It also continues to help HBO Max find the identity it so desperately needs right now.

Now if it could just make peace with Roku/Amazon… 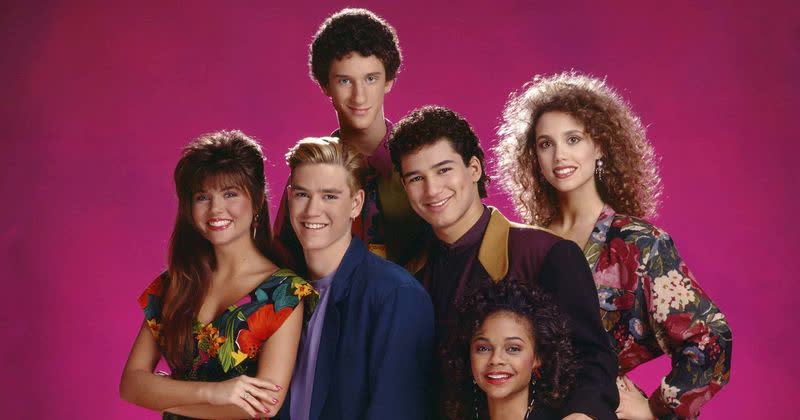 For Comcast’s Peacock, it’s been a busy few weeks – the network acquired the new dramatic take on Fresh Prince of Bel-Air, made peace with Roku and began its new late-night talk show push while adding more NBC staples to its roster such as Saturday Night Live.

That said, it’s still missing that one big hit and investors are keenly aware.

Obviously, building a streaming service takes time, not just to build an audience but to add programming. Now that people are more educated on the “freemium” approach of Peacock, it’s time to fill the tiers to drive jumps from “free” to that next level.

Remember while Peacock has a ton of free content, to really get into its originals, you have to be willing to go behind the paywall. Let’s also be honest with so much free content, there really hasn’t been a need to make the leap just yet as none of the network’s shows have become big breakouts. Though the hope is that will change when the Saved By The Bell reboot finally debuts, which this week we learned will be around Thanksgiving.

Nostalgia has fueled many networks and studios to record success in the past few years and Bell has a loyal following among 20/30-somethings who grew up watching and have genuine excitement about a return.

And it just so happens 20/30-somethings are who Peacock needs to thrive right now…not a coincidence.

To be clear, this won’t be a silver bullet for the network, but it could be a great jumping off point, and as mentioned prior, with this being such a crowded space, you just need to set yourself apart somehow.

The takeaway for investors though is combined, they are finally seeing the next level of progress here – not unlike what we’ve seen with Apple TV+ and what we were expecting to see with HBO Max. With the exception of Disney+, which has been stable from the start (minus the odd week one log-in issues), it’s taken these new services some time to find their footing, which is expected.

That said, time is not on their side, and the sooner they can get focused, the sooner investors will feel more comfortable.

Disclosure: I/we have no positions in any stocks mentioned, and no plans to initiate any positions within the next 72 hours. I wrote this article myself, and it expresses my own opinions. I am not receiving compensation for it (other than from Seeking Alpha). I have no business relationship with any company whose stock is mentioned in this article.

Here's where to buy popular face mask styles for 2020

Sat Oct 3 , 2020
For the most up-to-date news and information about the coronavirus pandemic, visit the WHO website. By now, you’ve become accustomed to wearing face masks when you go out in public, and you know which masks fit your face comfortably. We’ve selected our favorite masks from several popular fashion brands and reputable stores. […]