The Washington State Parks and Recreation Commission this week is expected to decide the fate of a Navy proposal to use up to 28 state coastal parks to help train special operations SEALs on how to be undetectable.

The SEALs training in state parks is controversial, as these exercises put the elite Special Operations forces in some of the state’s most special outdoor places. Some Washingtonians are passionately opposed to what they view as a kind of militarization of state parks and are uneasy about the surveillance that is part of the exercise.

Navy officials say their request reflects the imperatives of finding more diverse and challenging areas to conduct important training that is not intended to be visible to visitors and will not interfere with the public’s use of the parks.

The training involves submersible vessels that will navigate through offshore waters, and unarmed SEAL team trainees — in groups of six to eight — who will then make their way to shore, typically under the cover of darkness. Once on land, they will conceal themselves for 24 to 48 hours to conduct surveillance, then depart by water.

“These aren’t the guys that are your Rambo guys. … These are the guys who ghost into the environment and just disappear … ,” Chief Warrant Officer Esteban Alvarado said at a November meeting of the state Parks and Recreation Commission.

While on shore, the trainees will carry simulated weapons with no firing capability and conduct reconnaissance on other military personnel who will be “acting out a scripted scene,” according to J. Overton, a deputy public affairs officer with Navy Region Northwest.

These personnel would be dressed in civilian clothing and appear to be “benign” if viewed by a park visitor, according to Overton.

In a presentation at the November meeting, Navy officials said they would “coordinate with local law enforcement on all training to ensure their awareness.”

But it appears they have not always done that in some years past in Jefferson County, which includes state parks where Navy training has occurred.

Larry Morrell is a retired businessman in Port Townsend. He investigated the Navy outreach to law enforcement and obtained under a public-records request more than 35 Navy notifications to Jefferson County Sheriff’s Office between 2018 and 2020. None of these notifications, which he reviewed with The Seattle Times, mentioned SEAL training exercises at state parks.

Navy SEALs have been training in state parks for years, and in 2015 formalized that use with a permit that gave permission for SEALs to train at Blake Island, Fort Flagler, Illahee, Mystery Bay and Scenic Beach state parks.

In 2018, the Navy first released the current proposal to use nearly 30 parks ranging from Cape Disappointment at the state’s southwest tip to Deception Pass in northwest Washington. In 2019, the Navy completed an environmental assessment of the proposal that noted there could be up to 36 SEALs in training and support staff involved in any one exercise.

The Navy, in its environmental assessment, has divided the state’s coastal state park into three zones. In the preferred alternative, the parks that would receive the heaviest use — up to 36 SEAL exercises a year — are located in a zone that stretches from Triton Cove on the Hood Canal north to Fort Flagler on Marrowstone Island, east of Port Townsend.

In the other two zones, parks would be used for training much less frequently: no more than three times every other year. Some of these parks are located on land, such as Fort Flagler, once controlled by the military

The environmental assessment concluded that this frequency of training would not have a significant impact on the park resources.

In the November meeting, some state Parks and Recreation commissioners were skeptical that other training areas would not work for these exercises. They asked why satisfactory sites couldn’t be found within the 46-miles of state coastline already under Navy jurisdiction.

Navy officials said that the varied geography of the parks, as well as the range of currents and bottom terrain in waters around the parks, offered far better training than was available at naval sites, where some bottom areas have been cleared to allow the approach of big submarines.

“It’s absolutely necessary,” said Rear Adm. S.D. Barnett, commander of the Navy Region Northwest. “We just don’t have a diverse range of realistic training believe it or not on the bases.”

The park commissioners also asked for more information about the surveillance teams.

Navy officials said that if park visitors encountered any of the SEAL teams concealing themselves onshore, the team members would identify themselves as U.S. Navy service members conducting training, terminate the exercise and leave the area. They said this had not happened in past years and doubted it would in the future.

“The public has never interacted with them,” said Chief Warrant Officer Alvarado.

The proposal has drawn more than 500 written public comments. An initial batch of these comments received as of Dec. 18, and published without the name of the writers, were overwhelming against the training.

Some were opposed to “the creep factor” of surveillance, others cited safety concerns should armed visitors suddenly come upon SEALs in training or concerns that sensitive plants might be trampled during nighttime missions. Many felt that the training conflicted with the parks’ mission.

“Parks are for the public to use for recreation, for wildlife to use as natural open space,” wrote one commenter, ” … for children to explore nature and discover new critters and old growth … and all of us to decompress from the stresses of our lives.”

The commission has scheduled an online hearing with oral testimony for Tuesday, two days before the scheduled vote.

The commission is made up of seven citizen members appointed by the governor. Commissioners may not hold elected office while they serve and do not receive compensation other than travel expenses.

If the commission opts to approve the Navy’s use of the parks, opponents are hopeful that some state lawmakers would introduce legislation that — if passed — would void the permits and prohibit future training, according to Morrell.

Did Candidates Flee to Vacation Homes? 5 Highlights From the Mayor’s Race

Mon Jan 25 , 2021
One of the main unanswered questions in this year’s mayoral race is how the introduction of ranked-choice voting will change the nature of the election. The first taste of how things will change came on Sunday, with an endorsement of two candidates, in ranked order. Other questions were also addressed […] 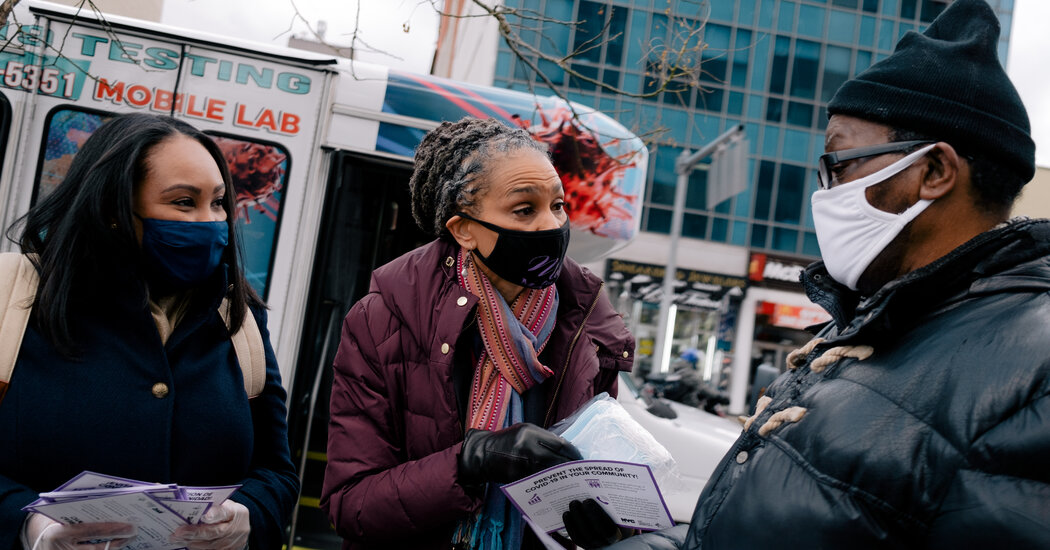