Star Wars: Squadrons is the latest entry in a long line of “Star Wars” titles, with the most recent Star Wars Jedi: Fallen Order taking a third-person action approach. Suffice it to say that this is a much different kind of adventure that won’t appeal to everyone — some players want to become Jedi, after all, but others want to feel as though they’re actively involved in the space battles that make “Star Wars” the blockbuster franchise it is today.

We went hands-on with a retail code of Star Wars: Squadrons to play several single-player campaign missions and a block of multiplayer to bring you our first impressions of the game. There’s more to come, but here’s what’s on our minds thus far. Star Wars: Squadrons launches on October 2 and is up for preorder now.

Star Wars: Squadrons includes a single-player campaign that stretches over a prologue and 14 missions in addition to two online modes. The bulk of the story occurs shortly after the Battle of Endor and centers around two fighter squadrons. Players will fly as both the New Republic’s Vanguard Squadron and the Galactic Empire’s Titan Squadron. Both groups are among the best their factions have to offer and are sent on the most challenging and dangerous assignments.

The campaign’s biggest shortcoming is that it’s set between two periods we already know a lot about. The Battle of Endor, which precedes the game, results in the death of Emperor Palpatine and the scattering of Imperial forces. The Battle of Jakku, which happens a year later, marks the final defeat of the core Imperial fleet and the surrender of most of the Imperial remnant.

Star Wars: Squadrons suffers from many issues the franchise has had since the decanonization of the Extended Universe — there’s just not a lot of room to work with. The campaign is enjoyable, and it calls to mind classics like the Rogue Squadron and X-Wing series. However, because it’s obvious what will happen in the timeline after the game, it lacks punch. No matter what takes place in Star Wars: Squadrons, we knew that the Empire would surrender, and roughly 30 years later, the sequel trilogy will occur.

Multiplayer is the central focus of Star Wars: Squadrons, and it features two modes at launch. Dogfight mode is, as the name suggests, a five-on-five team deathmatch-style fight to 30 points. Fleet Battles, which is the game’s real meat, has two teams facing off in a multiphase battle featuring capital ships.

For the most part, the two modes are well balanced but could use some tweaks. Dogfight defaults to 30 points (with one point awarded per kill), which means matches are relatively short. Given that multiplayer lobbies don’t persist between rounds, it can be frustrating to spend nearly as much time matchmaking as you do playing.

On the other hand, Fleet Battles are lengthier and pit a small Imperial and Alliance fleet against each other. The fights are a tug-of-war, as each side struggles to fill a meter at the top of the screen by scoring points. When the meter is full, the frontline will move forward, allowing players to progress farther toward the enemy fleet without being instantly blown to bits. Eventually, the foe’s two cruisers are destroyed and a squadron can take on their flagship. Destroy that flagship, and the match is won.

The arenas, versions of which are shared between the two modes, keep things interesting. Though they’re all set in space, there are varying obstacles that differ between each map. One has a giant space station at the center, which blocks the line of sight between the opposing sides, while another is in a nebula littered with debris.

We find it hard to believe we’re saying this, but regrettably, Star Wars: Squadrons won’t be a live service. At launch, EA isn’t committing to further updates for the game outside of Operations, which serve as a multiweek, battle pass-like mechanic. However, the good news is that there are no microtransactions, and the currency to buy cosmetics and ship upgrades is earned entirely in-game.

Each side in Star Wars: Squadrons features four ships: a fighter, interceptor, bomber and support ship. Fighters are all-rounders; interceptors are fast but fragile; bombers carry heavy weapons and shields at the price of speed; and support ships can heal, drop turrets and carry special weapons.

The Imperial and New Republic ships differ in some ways but are well balanced from what we’ve played so far. New Republic ships have regenerating shields, which means they can take more damage. Imperial ships, on the other hand, aren’t equipped with shields but are faster and allow for players to instantly dump more power into their engines or weapons systems.

It’s unfortunate that Star Wars: Squadrons is so limited in its ship selection, though. The New Republic has access to X-wings, A-wings, Y-wings and U-wings, while the Empire gets TIE fighters, TIE interceptors, TIE bombers and TIE Reapers. We would have liked to see some variations within each ship category as well. For example, it would have been interesting for the New Republic to have access to Y-wings or B-wings as bombers. It would have added longevity and variety to a package that may never receive significant updates, according to EA.

Star Wars: Squadrons is a breath of fresh air coming from EA. For its flaws, it’s a great callback to the “Star Wars” flight sims of yore, and anyone who loved Rogue Squadron or TIE Fighter will feel right at home here. Given that this is technically a budget title at $40, it’s an impressive game that’s well worth the money for “Star Wars” fans. Star Wars: Squadrons launches on October 2 and you can preorder it now.

‘You have 5 seconds to leave’: Arrestees at Medford homeless camp detail misconduct accusations

Thu Oct 1 , 2020
Choking wildfire smoke drifted away enough by Sept. 22 to reveal a blue sky that morning, when Sam and Jayden Becker arrived at Medford’s Hawthorne Park. It was shortly before 8 a.m. and the siblings intended to film city police officers clearing the public park of a contentious homeless camp […] 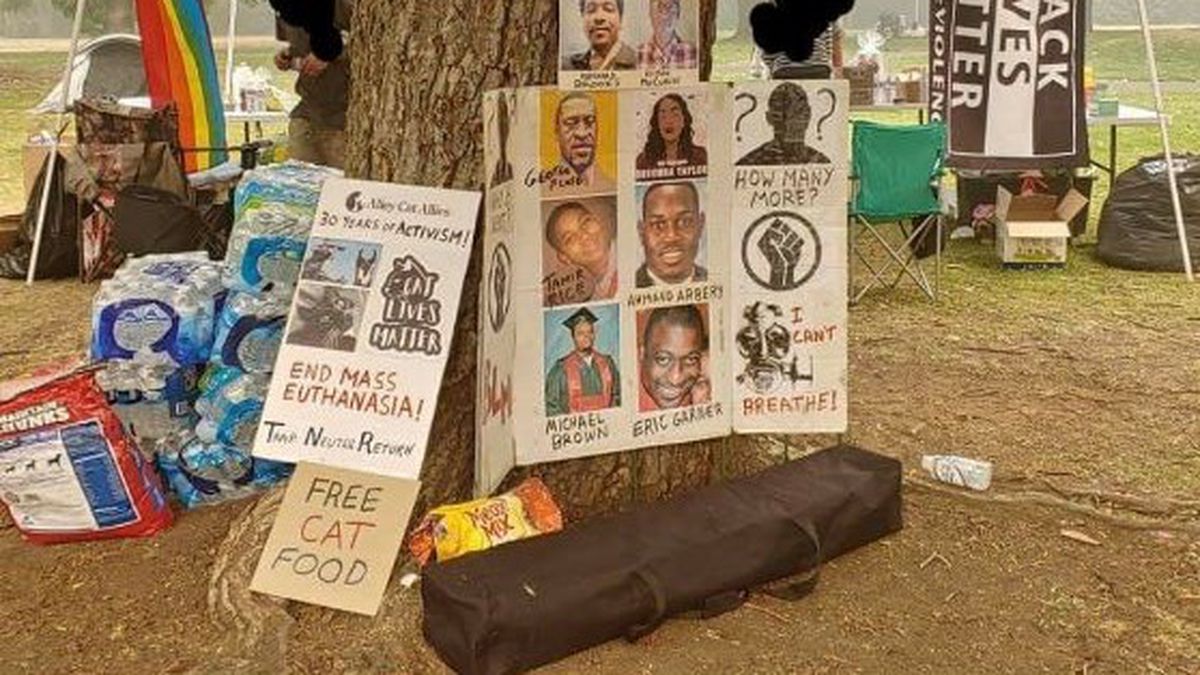