A handful of Springville residents gave the city input on Thursday about what parks and recreation amenities they want to see added to the city’s master plan, including themed parks and increased trail connectivity.

The feedback came during an online public input meeting focused on “parks, recreation, trails, and open space in Springville,” according to a description of the meeting.

Residents previously provided input on what amenities they would like to see in the city through a survey conducted by Y2 Analytics and during an advisory committee meeting in November 2020.

Lisa Benson, a senior associate landscape architect and planner with the Salt Lake City-based planning firm Landmark Design, which has assisted Springville in looking into parks and recreation planning, told residents at the online meeting that planning staff would be taking public input and “wrapping that into what we’ve heard from the survey and then moving forward with the draft plan … in close consultation with our advisory committee, and then moving from there into adoption.”

Laura Dahl, a resident who served on the advisory committee, said on Thursday that she appreciated the variety and quantity of parks in the south Utah County city.

“For me, I love that no matter where I go in the city with my kids, there’s a park nearby,” Dahl said during one of the meeting’s breakout sessions. I love the quantity.”

But, Dahl identified multiple areas where Springville could make improvements to its public parks, including having “themed parks,” such as a park centered around birdwatching. Another recommendation Dahl made was for the city to add canopies or other shade-providing structures to playgrounds.

“The playgrounds really can’t get used during the summer because they’re too hot,” she said.

The Springville residents had other suggestions as well, including connecting Hobble Creek Trail “all throughout” so bikers and joggers could ride the whole trail seamlessly.

“I love that idea,” said Dahl.

David Ashton, facilities superintendent for the city, told Dahl that “at least a couple of those (suggestions) are under consideration, especially connecting the trail.”

“That is a huge deal right now,” Ashton said.

The Springville resident asked Ashton what he believed the biggest strengths were of parks in the city. He responded: “The amount of recreation opportunities the parks are able to offer,” including soccer fields, flag football fields and baseball fields.

“That’s been a real benefit to us and our kids,” he said, noting that his children have participated in city recreation programs. “And that’s something we, of course, want to continue to offer.”

Another resident, Logan Millsap, suggested that the city incorporate “undeveloped” or “natural” parks, which he said could “offer a refuge for residents.”

Resident Genevieve Baker seconded that idea, noting that natural parks would serve as “a place to escape and get some shade.”

A representative of the Hobble Creek Bicycle Association said the group “would love to see the mountain bike skills park that has been discussed and more paved and unpaved trails.”

The city will hold a second online public input meeting to discuss improvements to parks, recreation, trails and open space at 6 p.m. on April 27.

Connor Richards covers government, the environment and south Utah County for the Daily Herald. He can be reached at [email protected] and 801-344-2599.

What to expect when visiting N.J.’s state and federal parks in the spring and summer of 2021

Sat Apr 17 , 2021
Last year, when the coronavirus pandemic drove an unprecedented number of people to parks across the state, it was exactly what state officials wanted to see — even if they weren’t prepared for it. “No one I think imagined just how intense … the increase in visitation would be,” Shawn […] 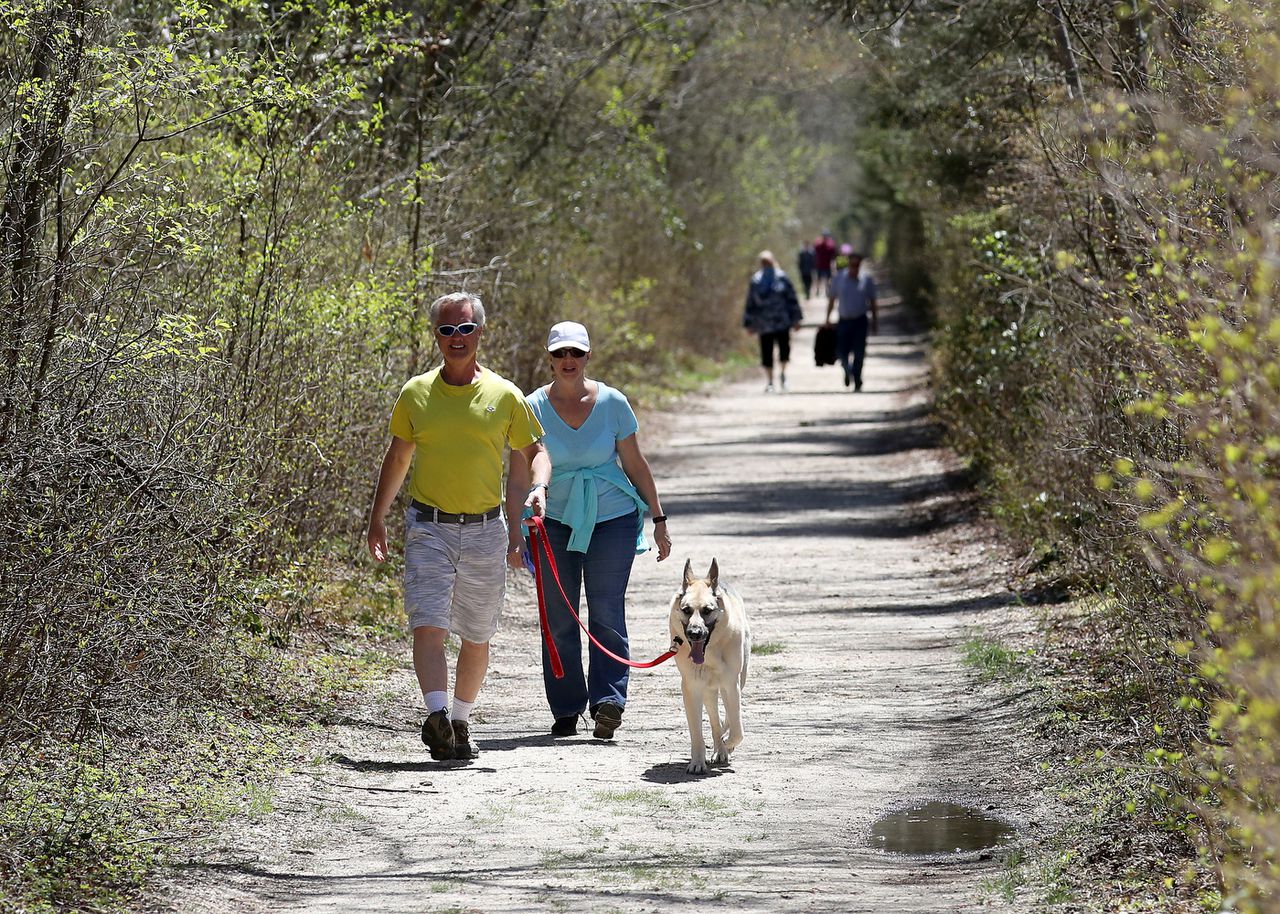