Hello and welcome to Trending, Business Insider’s weekly look at the world of tech. I’m Matt Weinberger, deputy tech editor out of our San Francisco bureau, filling in for Alexei Oreskovic while he’s on vacation. If you want to get Trending in your inbox every Wednesday, just click here.

The clock goes tick-tock for TikTok

Hello, and welcome to Trending, the Business Insider tech newsletter. As you may have already noticed, I’m not Alexei Oreskovic, your usual host — I’m Matt Weinberger, deputy tech editor out of our San Francisco bureau, filling in for Alexei while he takes some well-deserved time off.

In my day job, I oversee our enterprise tech coverage, which encompasses cloud computing, artificial intelligence, open source software, and productivity (shameless plug: you can read all about it on Hyperscale, my enterprise tech newsletter, which publishes via LinkedIn on Fridays).

So imagine my surprise when Microsoft — the single largest company in the enterprise sector — suddenly and unexpectedly found itself inserted into the saga of Chinese-owned TikTok, the hottest consumer app in who knows how many years. As you’ve probably heard by now, Microsoft is in talks to buy up TikTok, or at least its American operations, in a deal likely to be worth many billions of dollars.

Microsoft has said that it expects those talks to be completed, one way or the other, by September 15th. President Donald Trump has upped the pressure by saying that he intends to ban TikTok in the United States entirely if the app isn’t owned by an American company by that date (and that the US should get a cut of the sale, which is generally not how that works).

A brief Q&A on Microsoft/TikTok

I won’t pretend to be an expert in international trade or China relations, but I am pretty familiar with Microsoft and how it operates. While nothing is set in stone and another buyer could swoop in, Microsoft seems like the most likely buyer, not least because it has the cash to spare and because it’s so far avoided the worst of the antitrust scrutiny that rivals like Google and Facebook now find themselves under.

Therefore, I’ve taken the liberty of throwing together a quick FAQ on what Microsoft might be thinking:

Q: This is a weird deal, right?

Q: Isn’t Microsoft all about cloud computing and Microsoft Teams and all that kind of thing these days?

A: Sure is. Under CEO Satya Nadella, Microsoft has seen a tremendous bull run, thanks almost entirely to its focus on products like the Azure cloud platform and Office 365 productivity suite. In fact, Microsoft recently shuttered most of the Microsoft retail stores and the Mixer live-streaming service, a rival to Amazon’s Twitch, in a move to make sure the company stayed on target. The Xbox game console is Microsoft’s last major consumer brand.

Q: So where does TikTok fit into that master plan?

A: Honestly, it probably doesn’t.

A: The best and most educated guesses hold that Microsoft sees TikTok as a once-in-a-lifetime chance to win over an entire generation of fans. With an estimated 100 million mostly-younger daily active users, TikTok has a built-in audience, and the pressure from the White House to sell is expected to give Microsoft an edge in negotiations. Plus, it could be Microsoft’s chance to wind the clock back and get another chance to take on Facebook and Google in online advertising. Otherwise, we’ll have to wait and see.

A: Great question. Nadella has largely earned the benefit of the doubt — his signature acquisitions of LinkedIn, GitHub, and “Minecraft” maker Mojang have all been very successful, and established a trend towards allowing big-money acquisitions to retain a level of independence previously thought unthinkable in the industry. But on the other hand…I already mentioned that Microsoft just shut down Mixer, right?

Q: Last question: Doesn’t it set a bizarre precedent for Silicon Valley in particular and American capitalism as a whole for a sitting president to get so involved in the affairs of a private company like Microsoft?

A: Great question! You’re very good at asking smart questions. Keep it up. But it looks like we’ve run a bit long, so let’s put a pin in this for now. But feel free to keep asking those sharp, sharp questions!

So how did the Big Tech hearing go?

The sudden news of a potential Microsoft and TikTok tie-up was only the capstone on a week that was already incredibly busy.

On Wednesday, Apple CEO Tim Cook, Amazon CEO Jeff Bezos, Facebook CEO Mark Zuckerberg, and Google CEO Sundar Pichai all testified before Congress on allegations of anticompetitive behavior. As expected, there was plenty of grandstanding, but there was also some substance there. As Business Insider’s Linette Lopez writes, the execs were forced to testify under oath about allegations about Amazon’s use of third-party seller data, or Facebook’s history of spying on the competition.

More interesting than the hearing, however, were the internal emails released by the House Judiciary Committee as part of its investigation. With the release of documents, we got a rare insight into how these tech giants do business: Everything from an email from Jeff Bezos on the $1 billion purchase of smart doorbell company Ring, to a missive from late Apple cofounder Steve Jobs recommending the company “cut off” a developer.

Either way, the real capstone on the hearing came a day letter, when all four of those companies simultaneously announced their quarterly earnings on Thursday.

Apple, Google, Amazon, and Facebook all blew away their earnings reports late last week, with the stocks surging in after-hours trading.

It wasn’t entirely a clean victory for all of them, however: Amazon reported a slight miss on Amazon Web Services cloud revenue, booking $10.81 billion in sales for the quarter, versus the $11.01 billion Wall Street was looking for, demonstrating slower growth than expected. Google parent company Alphabet, meanwhile, showed its first quarterly decline in revenues for the first time ever since it went public.

None of this is especially surprising, given the increased reliance on services from all four companies in a stay-at-home, work-remotely kind of world. But it’s a funny sort of synchronicity that all four were able to take such a victory lap just a day after being raked over the coals by lawmakers over their size and influence. Congress may be able to shame you, but it’s Wall Street that pays you.

Well, that’s enough out of me. Before I give up this virtual podium and turn it back over to Alexei, here are a few various other recent highlights from the Business Insider tech team:

Thanks for reading, and if you like this newsletter, tell your friends and colleagues they can sign up here to receive it.

Wed Aug 5 , 2020
Yotel Clerkenwell London The CEO of slick budget hotel Yotel explains why he is so happy to be opening the brand’s first hotel in the capital’s centre this summer Yotel began life as an airport hotel, first at Heathrow and soon followed by Gatwick. The premise was simple: take the […] 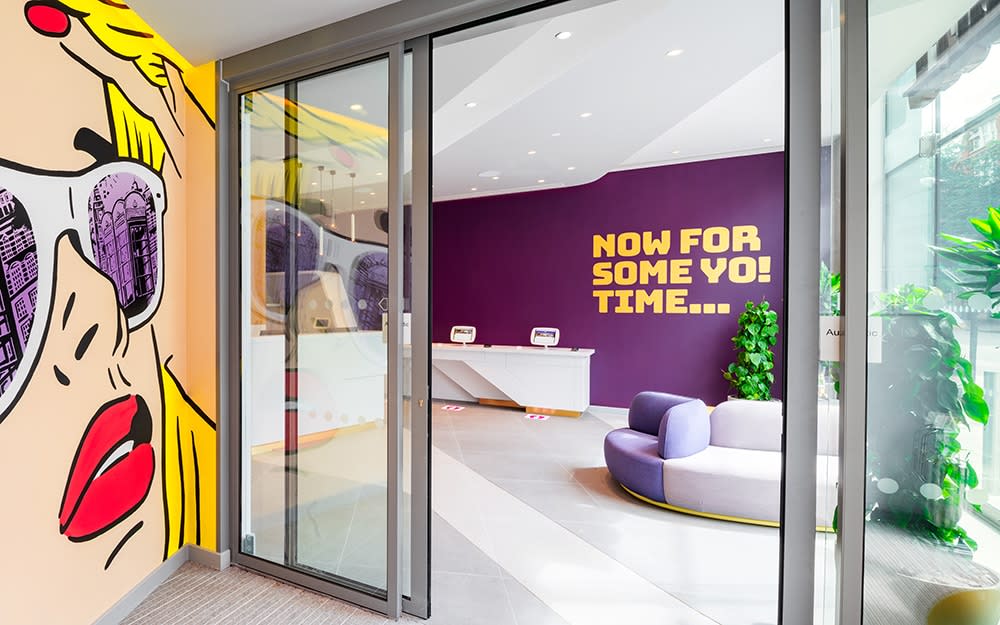