SoftBank is rounding up a group of bidders to take control of TikTok’s India unit, where the music video sharing app has been banned by the government over security concerns.

The Japanese technology conglomerate has explored the possibility of buying the Chinese-owned social media app’s India division over the past month in a joint bid with Reliance Jio and Bharti Airtel, India’s biggest telecoms firms, according to Bloomberg.

TikTok has increasingly been embroiled in a political storm as it has been banned in India, its biggest overseas market, and has faced similar threats from Washington as governments raise concerns about the app’s Chinese ownership.

SoftBank is already an investor in TikTok’s parent company ByteDance through its $100bn Vision Fund, but would need a local partner to make a successful bid for TikTok’s India operations amid growing tensions between India and China.

The Indian government first banned TikTok along with almost 60 other apps in July following a violent border clash between Indian and Chinese forces a month prior. India has since stepped up the pressure on China with further bans on apps this week, including online battle royale game Player Unknown’s Battlegrounds.

It comes as potential suitors including Microsoft, Walmart, Twitter and Oracle have circled TikTok’s western operations as the Donald Trump administration has threatened to ban the app on November 12 unless a deal could be completed by then.

Among the potential bidders for TikTok’s western operations are key allies of SoftBank, including Centricus, a London-based investment firm that helped fundraising efforts for the Japanese firm’s Saudi-backed investment vehicle.

SoftBank has a history of investments in India, having made big bets on fast-rising unicorns including Oyo Rooms, a hotel chain, and Ola Cabs, a transport app.

Potential buyers of TikTok’s international operations face further complications in ironing out a deal after China introduced export controls that would effectively strip TikTok of its prized algorithm that recommends videos to users based on their tastes and preferences.

How Bands Make Music During a Pandemic

Fri Sep 4 , 2020
Courtesy Aoife O’Donovan As America transitioned to “working from home,” musicians took up songwriting sessions on Zoom, live shows on YouTube, jam sessions uploaded to SoundCloud, and recording via a Dropbox full of LOGIC files—but is it truly working from home if you’re not getting paid? Nicole Atkins and her […] 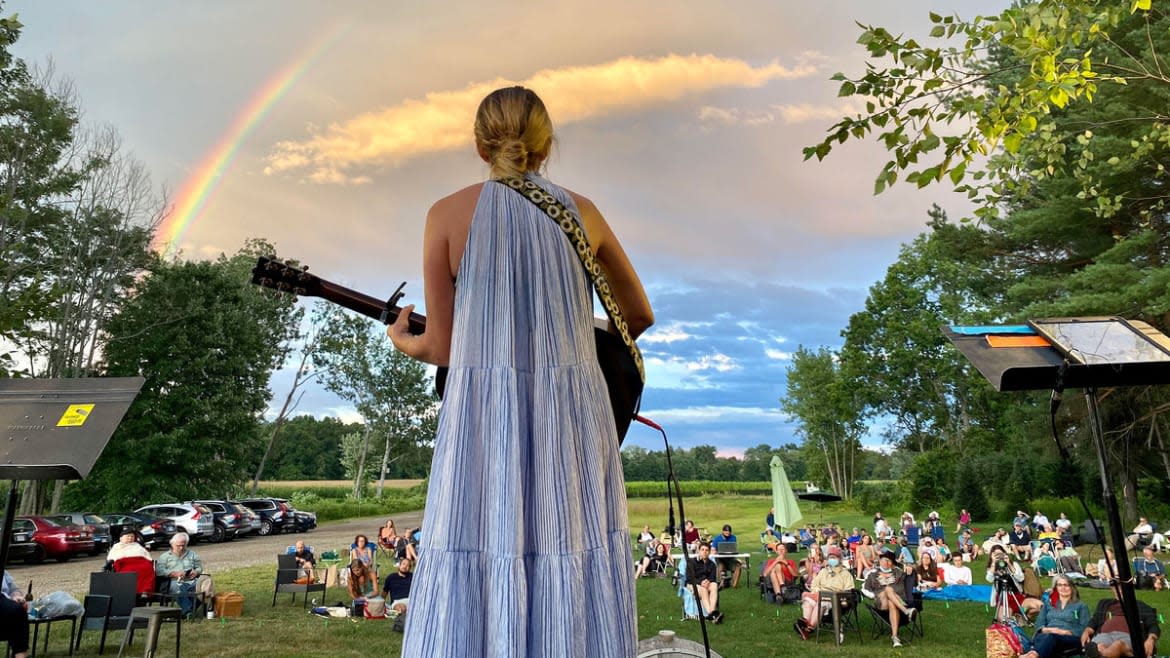