Motorized recreation in the Snowy Range should go on as usual this winter despite the Mullen Fire’s burn footprint, which covers a large swath of the snowmobile trail network in that area.

Josh Milek, a regional supervisor for the Wyoming Trails Program, said a recent trail assessment revealed that none of the trail corridors were impacted by the fire. Some trail markers were damaged, and a high wind event in September blew down a lot of trees that need clearing out, but otherwise the trails are ready to go.

“The plan is to have all the trails open,” he said.

The Wyoming Trails Program partners with public lands agencies — in this case the U.S. Forest Service — to maintain seasonal trails around the state. The Snowy Range has 180 miles of groomed snowmobile trails and 145 miles of ungroomed trails that provide access to thousands of acres of backcountry and 300 inches of powder a year.

All snowmobiles are required to display an annual user decal, of which the state sells about 34,000 each year. Milek estimated that about two-thirds of the decals are sold to out-of-state riders, and at least a quarter of all snowmobilers make southeast Wyoming their destination.

Grooming usually starts about mid-December, depending on snow conditions. Snowmobilers can ride on Forest Service roads at any time, but at least 12 inches of snow is required for off-road travel or trail use.

“As it stands right now, there’s not enough snow to start,” Milek said. “We’re hoping for a pretty good snowstorm to come in here in the next week or so to make that possible.”

The Mullen Fire, which started Sept. 17 in the Savage Run Wilderness, burned more than 176,000 acres this fall. It was driven east and south across the forest by strong winds and damaged 66 structures. A winter storm that brought a foot of snow in late October finally allowed for containment.

Aaron Voos, a spokesman for the U.S. Forest Service, said riders will encounter a different forest when they go off-trail this winter.

“A lot of areas that were previously very thick with vegetation will now have a lot of black-looking toothpicks,” he said.

The burned terrain is more open than in past years, which will change snow patterns and possibly open up new areas for riders. However, hazards exist in the burn area as well.

“A lot of those burned trees are now weakened from the fire, and in high winds, which we get, could come down fairly easily,” Voos said.

As the soil freezes and thaws, and during the spring when it’s wet, riders should be especially cautious about falling trees. Riders should also be cautious about unburned trees that are now exposed to the wind because trees have burned down around them.

“Now they don’t have any wind protection, so those trees are more susceptible to blow-over,” Milek said.

Voos said riders might be tempted to take their machines into wilderness areas to check out the fire, but motorized travel is prohibited in those areas. Much of the Platte River Wilderness and Savage Run Wilderness has been burned.

“That will have to be done via non-motorized means,” he said. “People can go in there, they just can’t do it on a snowmobile.”

A map of the Snowy Range trail network is available online at wyoparks.wyo.gov/index.php/snowmobile.

Sat Nov 28 , 2020
Griswold fans rejoice, the house on Legends Court will shine very bright once again this holiday season enabling you to have the hap, hap, happiest Christmas. The popular holiday light display at the Mickleton home of Steve and Gina Harbaugh, that mimics the home in the movie “National Lampoon’s Christmas […] 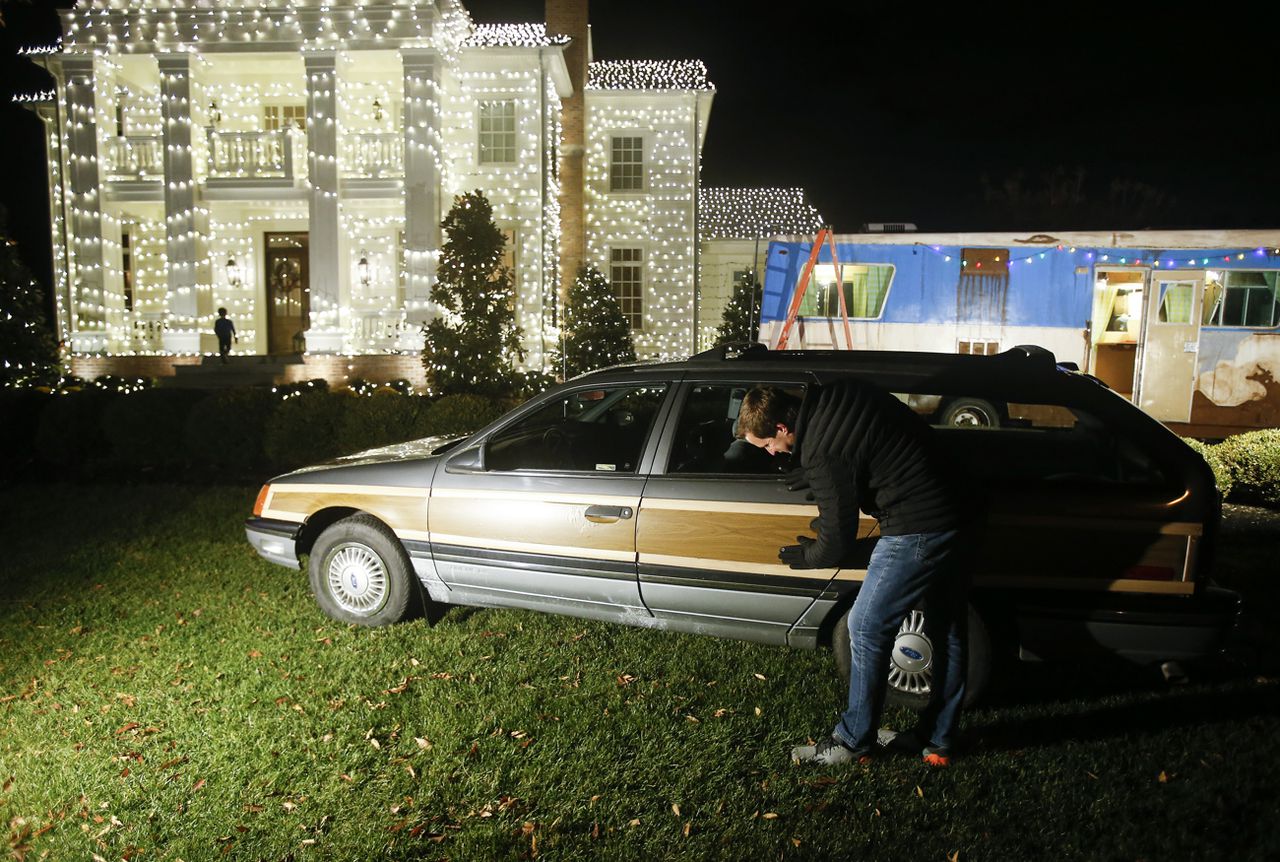