Numerous no-shows at the COVID-19 vaccination site in North Las Vegas this week prompted operators to drop a residential requirement and accept walk-ins in order not to risk wasting any of the precious doses.

North Las Vegas Fire Chief Joseph Calhoun said residents who were site shopping — or booking appointments at multiple sites and taking the first one available — were part of the problem at the Neighborhood Recreation Center at 1638 N. Bruce St., near East Owens Avenue.

“We’re not going to turn anyone away,” he said. “Our goal is to stick to the main tiers in North Las Vegas, but we also want to make sure everyone is taken care of and no vaccines are wasted.”

There are 10 doses per vial, and they only are good for a relatively short time — about six hours after being opened or thawed, he explained.

The site in the center’s gym — a partnership between the city, the Southern Nevada Health District and the Clark County School District — opened to the public on Tuesday, but it had quietly been operating for nearly two weeks prior.

As of late Thursday, it had administered 1,834 doses, according to North Las Vegas spokesman Patrick Walker.

The center is moving next week to a location where it will be able to give more shots, if the vaccine supply is available.

Calhoun said the first week, the staff of around 20 — mostly North Las Vegas Fire Department workers, but also CCSD nurses, light-duty police officers and volunteers — focused on health care, public safety and mortuary workers, as well as critical city staff. He said the practice of vaccinating others began when a handful of missed appointments led them to inoculated a handful of 70-and-older residents who were preregistered on the VaxNLV.com website.

When there were any lines on Monday and Tuesday, they dissipated quickly. People were asked to wait on the bleachers for 15 minutes after the shot to ensure they weren’t experiencing any side effects.

When there was a no-show, Calhoun said, they called people who were preregistered or accepted walk-ins.

Richard Martinez, 73, a retired North Las Vegas resident, said he received an email Tuesday offering an appointment the next day.

“I hope everyone gets in this easily because this is great,” he said. “I heard all these horror stories about it taking forever but it was easy and painless.”

Others traveled farther to get their elusive shots.

Lynne Lober, 70, and her husband, Richard, 79, of Summerlin made an appointment online and were offered open slots.

“I was surprised they took us in since we weren’t North Las Vegas residents,” said Lynne Lober. “We thought we’d be turned away.”

“My kids are skeptical about taking it, that is one of the reasons why I stepped forward and said, ‘I gotta do it now’ as quick as I can to show them that it’s OK,” she said. “I say do it, do it for your own good, for everyone’s good.”

The rec center site is scheduled to close late Friday. Operations will resume at Canyon Springs High School, 350 E Alexander Road, where officials say they will be able to inoculate many more people. The site will operate for at least a week at the location from 8 a.m. to 3 p.m. Monday through Friday, or as long as supplies last.

Fri Jan 22 , 2021
HONG KONG — With the real London largely out of reach to tourists amid the U.K.’s coronavirus lockdown and travel curbs due to the country’s virulent COVID-19 mutation, Asia is set to get its own version of the British capital on Friday. The $2 billion Londoner Macao casino resort, due […] 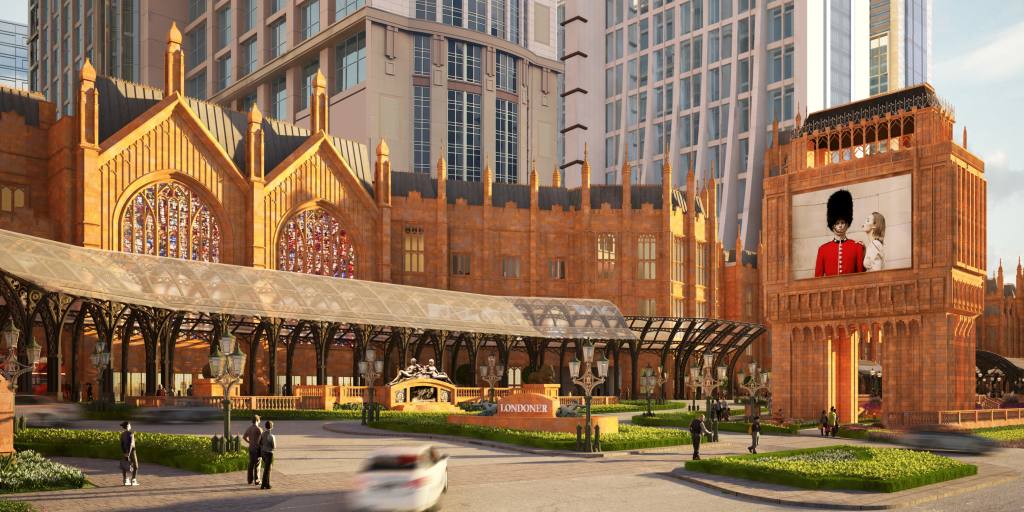