Some evacuation orders have been lifted as of Saturday morning and officials are advising people how to get back to homes or cars abandoned during the Creek Fire.

People in Fresno awoke to a second day of clean air Saturday, though crews continue to battle the fire, which has burned 248,256 acres in Fresno and Madera counties. It is the 10th-largest wildfire in California history.

The fire was still 22% contained Saturday morning. The cause is under investigation.

The Creek Fire has forced a total of 1,024 families to evacuate from the region.

A wastewater treatment plant in Shaver Lake was damaged by the Creek Fire and is expected to cause delays in re-population.

And those who do return home are advised not to flush their toilets for the time being or even take a shower.

Fresno County Public Works engineers completed a preliminary survey of the Shaver Lake wastewater treatment plant on Saturday and determined the plant needed repairs, affecting approximately 1,400 customers who were looking to return to their homes.

Fire damage to the holding ponds and the facility itself were still being evaluated.

The sheriff’s office said it’s essential that effluent (raw wastewater) does not continue to flow into the facility because it will only make the issue worse.

So until operation can be restored, customers are advised to not flush toilets, shower, or allow the flow of water into the sewer system.

The area currently is under an evacuation order.

Fresno County is looking at alternative solutions to expedite the return of residents once the area is no longer threatened by the Creek fire.

“Public Works and Planning is working with State authorities, a private engineering firm, and contractors to determine the next course of action,” said Steve White, Director of Fresno County Dept of Public Works and Planning. “We are committed to repairing the system as soon as possible to get people home and business open safely and quickly.”

The Madera County Sheriff’s Office announced evacuation warnings were reduced for the following areas with the areas open only to residents:

For the latest overview, go to the official evacuation map: http://bit.ly/creekfireevacmap

Residents are reminded to monitor the situation in their area and be prepared to take immediately action if a mandatory evacuation order or advisory evacuation warning is issued.

Red Cross volunteers at the center on Saturday mostly focused on securing hotel beds for evacuees closer to home, as many people are staying as far away as Visalia.

“The problem is some people wanted to stay in Fresno,” Red Cross public information officer Cindy Huge said. “But of course, all the hotels have been saturated, so that’s not possible.”

“Everybody does have a place to go,” Huge assured.

Several evacuees visited the high school Saturday, looking for packs of water bottles as they prepared to return home to assess the damage when evacuation orders were lifted.

But they had little luck.

Nicole Maul, communications manager for the American Red Cross of Central California, explained the evacuation center was not providing those items. Instead, they could be obtained by calling 2-1-1 for United Way.

Several people dropped by the center to drop off donations, like hand sanitizer and water bottles, but were sent to local churches instead.

“Managing high volumes of donations can really shift our attention from getting people into safe housing. The folks specifically who have been amazing partners are Clovis Hills Church, although they are no longer accepting physical donations,” Maul explained.

Maul said those looking to drop off donations should call local churches or check in with local Facebook groups, like Creek Fire Community Support or Mountain Area Forum.

The Red Cross is still accepting financial donations online to pay for hotel rooms and other services.

“It’s been a cool thing to see the community rally,” Maul said. “It really does take the whole community.”

The Creek Fire evacuation center at Clovis North High School in Clovis is closing at 8 p.m. Saturday and will reopen in a new location, at the Clovis Veterans Memorial District, Monday as efforts shift to provide recovery assistance.

On Sunday, services for residents will be available by calling 1-800-REDCROSS.

On Monday, a new multi-agency Local Assistance Center will open at the Veterans Memorial District, 808 Fourth St. in Clovis.

Traffic to the evacuation center has tapered off, so they will consolidate efforts at the Veterans Memorial, 808 Fourth St., said Nicole Maul, communications manager for the American Red Cross of Central California.

The Bullfrog Fire burning 43 miles northeast of Clovis was 5% contained Saturday, marking the first time firefighters have announced any containment of the fire.

It has burned 890 acres, according to a Sierra National Forest update.

The fire is growing slowly, with winds torching single trees here and there. Firefighters planned to use mules Saturday to scout for locations where more firefighters could be working on the ground. The firefighters are working in hazardous conditions, with falling trees in rocky terrain and lots of flammable material.

Aircraft are dropping water when possible.

The threat to Courtright Village remains low to moderate, with a line of protection formed around the structures.

The fire has destroyed 842 structures, with about 90% of the survey complete on Saturday, according to CalFire public information officer Chris Thompson.

CalFire runs an online tool where residents can look up their address, if the damage there has already been assessed.

But some properties remain unlisted, so people continue to visit the command center at Sierra High School searching for answers.

Melissa Proudian, a Fresno lawyer, showed up on Saturday morning to try to find out if her summer home, a cabin off Providence Creek Road, still stands.

“It’s just been agonizing,” Proudian said. “We’re trying to find out every single day what’s going on and we just can’t get a definite answer.”

The area remains under evacuation orders.

“It was a huge investment of time, labor and love and to have it all gone would be really sad,” she said. “All our friends are praying and hoping good thoughts for us.”

As the smoke lifted over the past two days, CalFire was able to bring in fixed wing aircraft and helicopters to help fight the fires, Thompson said Saturday morning.

Most of the fire activity remains in the northern flanks, which are mostly wild forest areas. The clearer air also brought gusts of wind, although acreage had not increased much, Thompson said. The fire is contained near the most populated areas to the west and south.

In the northern part of the fire zone, the fire is most active in the Whisky Falls and Browns Meadow area.

“A lot of spot fires” continue to burn around China Peak, Thompson said, as the area has burned in patches. Those are difficult to reach because firefighters don’t want to be caught between the fire line and unburned trees or brush, he explained. The ski resort area remains largely unharmed.

In the southern part, fire growth was expected to be slow. Firefighters are focusing on stopping growth of the fire east of Huntington Lake around China Peak. That fire could potentially connect with another portion of fire moving south around Mount Tom.

But the fire is expected to slow as it hits rocky areas in higher elevations.

“We feel pretty good about it,” Thompson said.

After winds Friday night died down, weather was expected to remain calm for the next several days, according to the Saturday morning Creek Fire update. But it will get warmer and drier over the next few days, which is expected to moderately increase fire activity.

No more rain is expected, though humidity is expected to remain high, which can keep the fire from growing.

Crews are continuing to focus on protecting communities and building a containment line around the fire. They are using bulldozers and other heavy equipment and firefighters working with hand tools in some areas. Significant challenges to completing the line remain as it moves into steep, mountainous terrain where bulldozers cannot go.

Some evacuation orders have been lifted and others were downgraded to warnings, particularly in the Humphreys Station and Meadow Lakes areas. To find specifics, visit the Creek Fire evacuation map online.

But Clovis Police officers were parked at the intersection of Auberry Road and Jose Basin, near Mono Wind Casino, Saturday morning, blocking the road into Meadow Lakes due to ongoing evacuation orders.

Firefighters and utility workers continue to clear hot spots in the area.

How to get back to your home or car

As areas previously off limits begin to reopen, the Fresno County Sheriff’s Office has instructions on how to be allowed back in. They apply to both homeowners and people who had to abandon cars or RVs at campsites in the high Sierra.

Once evacuation orders have been lifted, residents must have a document with their address on it to get back in. It can be a driver’s license, utility bill, or similar document.

Some residents may have to travel through an evacuated red zone to get to their home in a yellow zone. People should not linger in red zones and can be arrested for doing so, according to the sheriff’s department.

The sheriff’s office also is finalizing plans to shuttle people into the high Sierra who abandoned vehicles at campsites.

Those people should email [email protected], and include their first and last name, phone number, license plate number, vehicle description, name on vehicle registration and location of the vehicle.

They are encouraged to answer calls from blocked numbers as the sheriff’s office could be trying to reach them.

The office is prioritizing retrieval of cars parked at campsites, not homes.

Firefighters working on the Creek Fire honored the firefighter who was killed in Southern California on Thursday while battling a wildfire sparked by a gender-reveal party.

Firefighters and military personnel working on the fire stood as a firefighter played “Amazing Grace” on bagpipes, in a video shared on the U.S. Forest Service/Sierra National Forest Facebook page.

The fallen firefighter was killed in the San Bernardino National Forest while working on the El Dorado Fire about 75 miles east of Los Angeles. The death is being investigated.

The SQF Complex Fire grew to 133,488 acres and remained 12% contained as of Saturday morning.

The fire, a combination of the Castle Fire and the Shotgun Fire, is burning in the wilderness east of Porterville.

Firefighters are focusing on the growing western edge of the fire.

Most Fresnans awoke Friday and Saturday to healthy air quality, following nearly a week of very hazardous air where residents were advised to stay inside.

A shift in wind is now sending smoke toward Nevada.

The air is expected to stay relatively healthy in the Fresno for a few days, but smoke will likely return by the middle of next weeks, according to the San Joaquin Valley Air Pollution Control District.

A health caution remains in effect until the fires are out.

‘People are disappointed when they meet me. I’m not funny and I don’t party’

Sun Sep 20 , 2020
The first problem with interviewing Gillian Jacobs is her name: is it a hard or soft G? Looking up past interviews is no use because Jacobs, a perennial cool girl, seems hardly the type to kick up a fuss either way. And when the question does come up – there […] 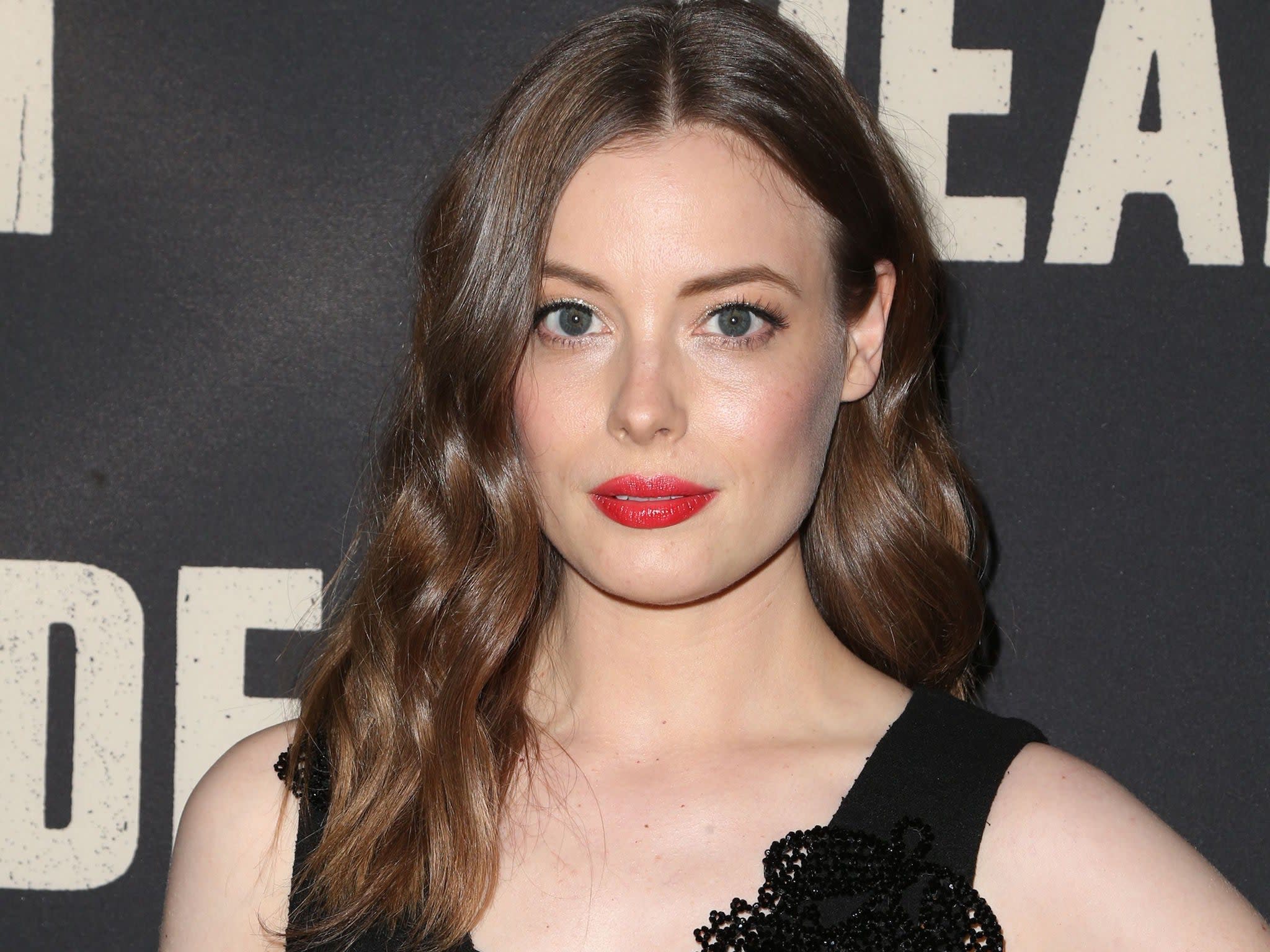