Scopely has launched its Star Trek: Kobayashi Maru web game as a kind of free promo for Star Trek: Fleet Command on mobile. If you can beat the nearly unwinnable game, you’ll reap some contest rewards.

It is a decision-driven web game that features memorable Kobayashi Maru test from Star Trek II: The Wrath of Khan. The Kobayashi Maru is an “unwinnable” training simulation created by Starfleet Academy to measure character and resolve through thousands of no-win scenarios. It was famously beaten only by cadet James T. Kirk (and he cheated, too).

The game comes from the team behind Star Trek: Fleet Command. The Kobayashi Maru web game is fun to play, but nearly impossible to beat. I gave it a try, and so far I haven’t beaten it.

As part of this choice-based interactive experience, the player assumes the role of a Starfleet cadet facing the Kobayashi Maru for the first time. Only by choosing precisely the right path through endless perilous options will the player succeed where so many others have failed.

With the odds of beating the Kobayashi Maru at around one in 10,000, the three fastest players to find the hack and defeat the simulation will win big prizes — including a CBS All-Access Lifetime Subscription and limited-edition Star Trek collectibles. Adding to the nostalgia of Star Trek and to make failure fun, the game pays homage to the 1980s with incredible retro-inspired artwork and animation. 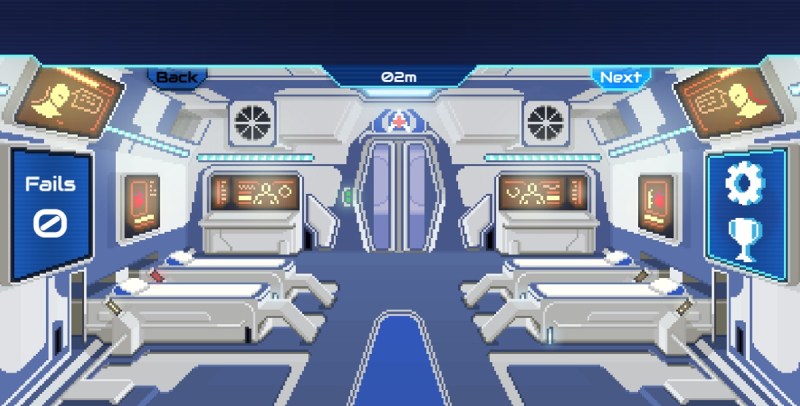 Above: I died here in the Kobayashi Maru simulation.

The idea started with brainstorming sessions the Scopely Star Trek team did with the CBS writing team, which makes the movies and other lore. The motivation was built around a marketing effort to reach people who weren’t already inside the Star Trek: Fleet Command game.

Avery Sakamoto, the lead game designer of Star Trek: Fleet Command, said in an email that he hopes everyone has as much fun (dying) in the game his team had creating it.

“We set out to craft a novel experience that would reach a different part of the Star Trek fandom than our mobile game,” he said. “Star Trek: Fleet Command is an experience about establishing an Independent base in a tumultuous Alpha Quadrant, exploring the galaxy, running missions for the major factions, building alliances, and more.”

He added, “The Kobayashi Maru simulator is a very different experience: It’s an homage to those great ’80s adventure games in a situation that is, well… ‘unwinnable.’ The idea to build an experience around the Kobayashi Maru presented itself while we were brainstorming ideas with the writers at CBS. They really latched onto the idea of exploring the Kobayashi Maru, and it was a natural step to come up with this experience where you’re a cadet who refuses to give up when faced with this impossible simulation — just as James T. Kirk famously did.”

David Eckelberry, the general manager of Star Trek: Fleet Command, said in an interview with GamesBeat that the game took about a year to create and the germ of the idea hearkens back to retro games like LucasArts’ story-based adventures in the 1980s and 1990s.

“There is a lot of great fandom for Star Trek II: The Wrath of Khan. The Kobayashi Maru is famous for both its original appearance there and then later, in canonical and non canonical appearances, including the new J.J. Abrams film Star Trek: Into Darkness.”

The story is consistent with the way that the team has evolved the narrative in Star Trek: Fleet Command, which introduced a Khan character.

“The stories we tell about Kirk and Spock going on different adventures — that’s a big part of what Star Trek fleet command is,” he said.

The web game format was a natural evolution of the retro click-based adventure design. 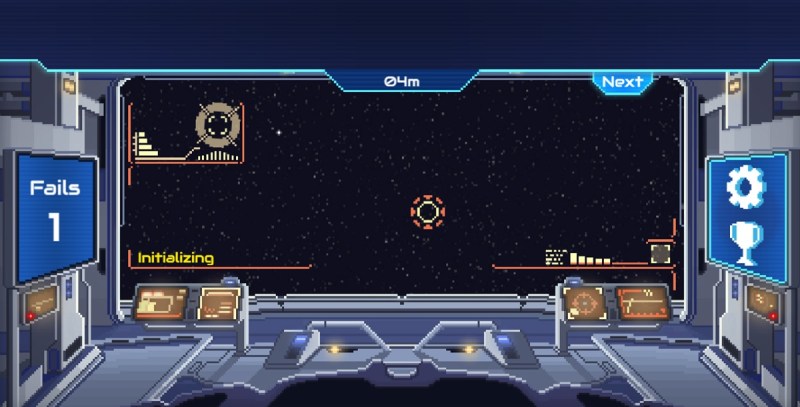 Above: The deck of the Enterprise in Kobayashi Maru.

“It also reaches the biggest possible audience, as opposed to asking someone to download a new application onto their phone,” he said.

The team sculpted a lot of content to create all of the no-win situations where you die in the game, so that you only have a one in 10,000 chance of winning. The writing has callbacks to different Star Trek stories, such as Voyager.

“We want fans who, unlike some of us, are not so old that they would be fans of a 1980s film,” he said. “We’re making references to Star Trek events that are more recent than that.”

The Kobayashi Maru storyline has been used in no less than eight Star Trek video games to date, from Star Trek: Starfleet Academy in 1997 to Star Trek: Bridge Crew in 2017.

I suppose you could get a clue for how to defeat the game by watching Star Trek II: The Wrath of Khan. That film is my favorite Star Trek experience ever. I even make my kids watch it. Kirk says he doesn’t believe in the no-win scenario, and so he rewrites the rules of the game. But players may find it takes a lot of hours of experimentation to defeat the game.

GamesBeat’s creed when covering the game industry is “where passion meets business.” What does this mean? We want to tell you how the news matters to you — not just as a decision-maker at a game studio, but also as a fan of games. Whether you read our articles, listen to our podcasts, or watch our videos, GamesBeat will help you learn about the industry and enjoy engaging with it.

How will you do that? Membership includes access to:

Thu Feb 11 , 2021
The Biden administration is reversing course on changes the Trump administration made to the Land and Water Conservation Fund (LWCF), arguing the changes “undermined” the program. Acting Interior Secretary Scott de la Vega in an order issued Thursday revoked an order by then-Secretary David Bernhardt that required a “written expression of support” […]