The Sanneh Foundation no longer runs drills across the Conway Recreation Center’s gymnasium floor, though it may not be long before the soccer balls return to the East Side community hub.

Instead, with most public schools closed for distance learning, the foundation embraced a two-fold mission, converting the St. Paul rec center into both a food-distribution hub and remote learning center that relies on WiFi donated by Comcast.

‘WE ALL LEARN DIFFERENTLY’

Students arrive with younger siblings in tow to attend their public school classes remotely and complete school work from desks separated by transparent plastic dividers spaced throughout the gym floor. The gym could fit up to 120 young people, though the foundation prefers to keep the number closer to 60 for social distancing.

With many schools now reopening for in-person learning, former Major League Soccer player Tony Sanneh expects enrollment in his school-away-from-school to drop by as much as half, making room for a return to sports programming in half the gym.

Still, some 30 students are likely to stick around, given their parents’ work schedules and fears of COVID-19. Some have said their grades have actually improved in the unusual new environment.

“Some kids have actually performed better in distance learning. We all learn differently,” said Sanneh, whose mother worked as a Ramsey County social worker for 42 years. “The jury is still out on everything (but COVID in schools is a concern). There are some charter schools that aren’t going back. We are encouraging people, if your school is open, (return to traditional classes).”

MEALS THROUGHOUT THE WEEK

Since the start of the pandemic, Eric Stempinski has found his fleetness of foot comes in handy for more than just arranging youth soccer camps for the Sanneh Foundation.

On Mondays, while navigating around elementary students, he and his team of young workers deliver 100 meals to seniors and home-bound adults, on top of coordinating drive-up distribution for a Latino outreach effort in Burnsville that serves up to 500 families.

Tuesdays are spent distributing food to another 250 families at Conway, the neighborhood community center on St. Paul’s East Side where the Sanneh Foundation is currently based, on top of food delivery through partner agencies that serve the homeless.

By Wednesday, some eight or nine nonprofit and community partners such as Feeding Frogtown, the Camden Collective in North Minneapolis and an Oromo church are collecting boxes of ready-to-cook ingredients from the foundation, as well as recipes.

Thursdays are big, with 600 pre-cooked meals delivered to the homeless and the New Hope Church in St. Paul, among other sites. By Thursday evening, as many as 18 pallets of food leave Conway Rec for a warehouse location, from where they’ll be distributed to families gathering at Corcoran Park in North Minneapolis on Friday morning.

Much of the prepping, packing and delivery is handled by young people hired from St. Paul’s East Side, some of them former Sanneh athletes barely out of high school, others still in high school.

“Just like the camps, we get them to a level of competency where they can run the activities,” said Stempinski, who has shifted professional gears during the pandemic from online marketing to soccer coach to emergency food distributor virtually overnight.

Like Stempinski, the Sanneh Foundation itself has had to reinvent itself during a time of widespread need, without abandoning its core guiding principles.

The nonprofit, founded by Stempinski’s college roommate Sanneh, has long dreamed of converting the Conway Rec Center into even more of an educational and athletic hub for low- to moderate-income youth by adding new playing fields, an athletic administrative building and expanded youth programs and services.

Rather than sidetrack those dreams, the pandemic has inspired the foundation to expand its outreach while digging even deeper to meet fundamental youth needs. Among those needs: distance learning and food.

When it began food distribution at Conway Rec, “people saw the line of cars, and then they got in that line, and the line grew,” said Sanneh, pointing to a box truck full of food pulling away from the rec center parking lot. Demand got so big for food, the foundation bought a large delivery truck. Then they bought a second one.

The food distribution has been bolstered, said Sanneh, by the nonprofit’s ties to foundations and ethnic communities — ties forged through a long-standing school mentoring program and its many youth camps, as well as its operations at the rec center over the past decade. The need predates the pandemic, even if the long lines don’t.

It’s suddenly become easier, said Sanneh, for families to ask for assistance that was always warranted.

“I think people have a misconception about food,” he said. “These long lines would always be here. I think there’s a basic shame about ‘going to get food,’ but the pandemic normalized that.”

Abdul Sero is executive director of the 10,000 Lakes Foundation in St. Paul, which distributes food to East African immigrant youth and families enrolled in their soccer programs, and through the Oromo Community Center in St. Paul. Sero said the connection has been important for his community.

“The Oromo community lacks a lot of resources,” Sero said. “They don’t have access to a lot outside of the community, and a lot of our families are struggling for food.”

The weekly distribution, which started in the Powderhorn Park neighborhood of Minneapolis and then relocated to Corcoran Park, had drawn Latino clientele, some of whom drove in from as far as Hastings to accept food from ethnic partners they felt comfortable with. “I said, ‘Why’d you call us?’ ” Sanneh recalled. “They said, ‘We knew you’d say yes and do a good job.’ ”

Sanneh took over distribution at Corcoran about three weeks ago.

That would make more room for new programs and services at Conway Rec Center, which Sanneh has operated for more than six years.

The nonprofit has already put more than $450,000 into gym and kitchen upgrades, paid for in part through a Super Bowl Legacy grant and donations from the Minnesota Vikings, U.S. Bank and Securian Financial.

“The work of partners like the Sanneh Foundation have kept the worst of the predicted hunger surge at bay,” said Pat Pearson, agency relations director at Second Harvest Heartland. “And in a year defined by adaptation and innovation in the name of community service, the Sanneh Foundation exemplifies that work. Through our partnership, they are bringing weekly pop-up grocery distributions, Minnesota Central Kitchen prepared meals, and so much more to the one in nine of us facing hunger today.”

Sun Jan 31 , 2021
Safe to say there’s never a good time for a blizzard. This, however, was a particularly bad time. The snarling snowstorm brought everything to a standstill as roads were impassable. This was a dilemma for the young couple who had a premature baby in an area hospital’s intensive care unit. […] 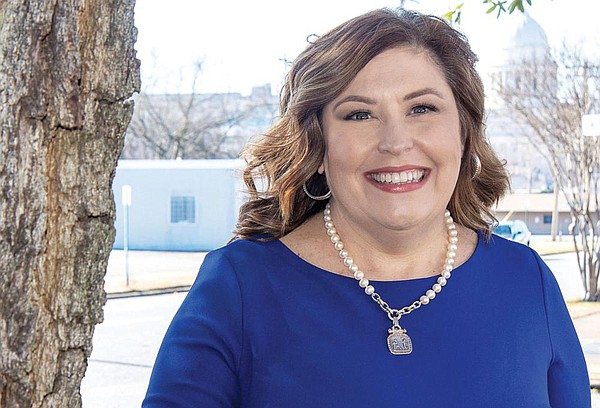