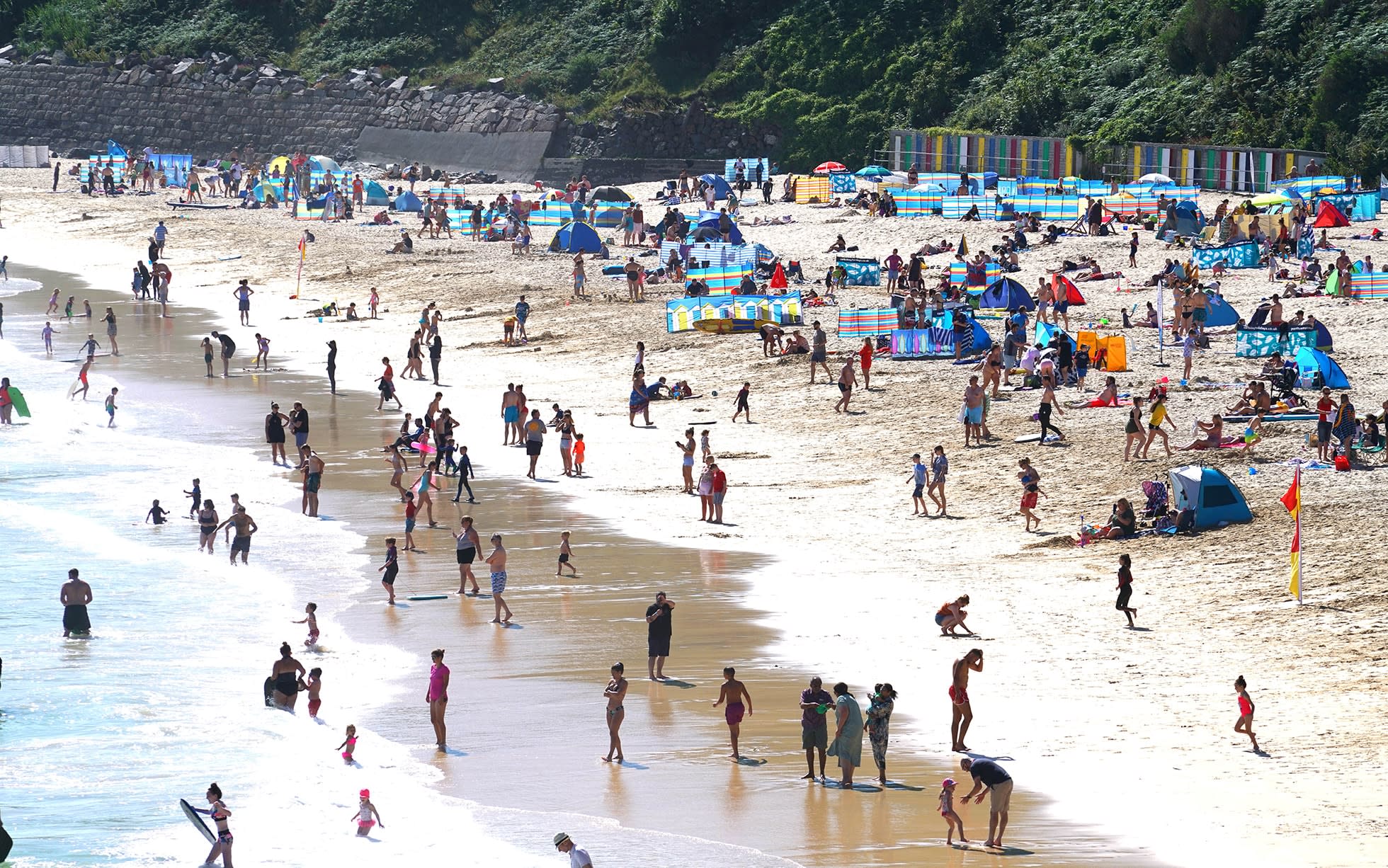 Holidaymakers have flocked to the south coast and the UK’s beauty spots this summer as travel restrictions deter many from overseas trips – but not all ‘staycations’ have been trouble-free.

Locals in Cornwall and Snowdonia have variously reported visitors behaving poorly towards hospitality workers, littering and camping without permission.

In Cornwall, holiday park receptionist Beth Richards wrote an open letter to rude customers after she was called “stupid and “idiotic” for asking them to wear a mask in the park shop.

Ms Richards told the BBC: “[People] sort of think as you as a service, rather than a person, which can be really frustrating.”

She added that new cleaning procedures in place due to Covid, which meant later check-in times at the holiday park, had led to complaints, one of which had brought her to tears.

Malcolm Bell, of Visit Cornwall, told Telegraph Travel: “We unfortunately do have incidents every year of unacceptable behaviour and this summer we have seen an increase, albeit from a small minority of visitors. And, although it has been, and will be, a stressful year, there can never be any excuse for rude and abusive behaviour.

“We are actually slightly down on [overnight] visits due to reduced capacity to comply with Covid-safe protocols. That said, it feels very, very busy as it was so quiet in lockdown,” he added.

The south west coast has experienced the brunt of beach overcrowding, particularly during recent heat waves. Some 21 per cent of Britons were planning to visit the region over the summer, according to Visit Britain research.

Earlier this month, Rebecca Hallett, a writer based in Cornwall, told Telegraph Travel: “Looking at the main beaches in [the country], you wouldn’t know we’re in the middle of a pandemic. There are tightly packed crowds of (mostly maskless) people out on the sand and walking through town, with the crush seeming at least as bad as in previous years.”

She added: “As one of the UK’s poorest regions, Cornwall is desperate for its usual summer tourism income – but with few critical care beds in the county, many of us are terrified of the cost.”

In Wales, Snowdonia in particular has attracted the holiday crowds and, with them, instances of antisocial behaviour. As a result, a private security company has been hired to patrol the village of Llanberis.

Welsh politician Siân Gwenllian MS (Member of the Senedd) said the company will be used to tackle the problems in Llanberis, which has seen a “high level of activity” in recent weeks, according to a local news website.

The area’s Padarn Country Park was left covered in litter and with patches of burned ground last week after people camped without permission.

Ms Gwenllian said such behaviour had left residents feeling “unsafe in their own village”.

“We have never seen anything like it,” one female resident told The Times. “The crowds have been unbelievable, and some completely antisocial and who would be better suited in Magaluf.”

A Welsh Government spokesperson told Telegraph Travel: “Over the summer, we have been encouraging people to visit Wales safely. Visit Wales has launched a campaign encouraging visitors to sign their pledge to promise to help care and protect the people and places they visit.

“’Addo – Make your Promise to Wales’ is an online pledge by Visit Wales in partnership with the tourism industry. The three key messages – caring for each other, caring for the epic land and caring for our communities – [aim] to help people understand what they need to do to keep themselves and others safe when visiting Wales.”