The firm announced a pre-tax loss of £5.4bn for the first half of this year.

Chief executive Warren East told the BBC he did not expect demand to recover to late-2019 levels for five years.

The move is part of a previously announced cost-cutting exercise that will see the company slash its global workforce by a fifth, following the drastic fall in air travel because of the coronavirus outbreak.

Rolls-Royce is in the middle of its biggest restructuring in its history, which will reduce the number of sites it has worldwide from 11 to six.

Wide-body engine assembly and testing, which is currently carried out at three global sites, will be consolidated at its main site in Derby.

Rolls-Royce employs 50,000 people around the world, about half of them in the UK.

Mr East told the BBC’s Today programme that so far this year, 4,500 people worldwide had left the company.

He said Rolls-Royce had originally expected to deliver up to 500 jet engines this year, but would now manage only half that.

Rolls-Royce said it intended to sell its Spanish unit ITP Aero and other assets to raise at least £2bn.

Rolls-Royce makes money not from the sale of engines, but from their use. When planes stop flying – as they have done during the pandemic – its revenues slow to a trickle. It has responded with a swingeing cost-cutting programme, with 9,000 jobs going.

Despite these self-help measures, Rolls-Royce still made a £1.7bn operating loss in the first half of the year. But the big hit came from changes it has been forced to make to its currency hedging programme, which it has in place to protect it against swings in the value of the US dollar.

The slump in airline flying means it can no longer expect such a large stream of US dollar revenues, so it has closed off some of its hedge trades early. The cost is £2.5bn. When you add in other restructuring costs, the total loss for the six months is £5.4bn,

The big question now is when – and how – Rolls-Royce will shore up its balance sheet by raising money. It has earmarked £2bn worth of assets for sale – including Spain’s ITP Aero – but that is unlikely to be enough. The next step is expected to be a rights issue, where existing shareholders pay for more shares at a discount to the market price. That could bring in around £2bn, about half the company’s current stock market value.

Some analysts think Rolls-Royce will eventually need more – and that a government intervention cannot be ruled out.

Rolls-Royce said: “In light of ongoing uncertainty in the civil aviation sector, we are continuing to assess additional options to strengthen our balance sheet to enable us to emerge from the pandemic well placed to capitalise on the long-term opportunities in all our markets.”

These options could include selling off more divisions, refinancing or even tapping investors for money through a rights issue, but no decisions have been taken as yet.

Julie Palmer, partner at Begbies Traynor, said Mr East had faced “a torrid time” at Rolls-Royce, with problems including design glitches on the Trent 1000 engine.

But she said managing the current Covid-19 crisis would be “his biggest challenge yet”.

She added that there were now “further issues for the business to manage” after Rolls-Royce said earlier this month that routine inspections of another engine type, the XWB-84, had uncovered cracks in compressor blades in a “small number” of examples.

Rolls-Royce said at the time that it did not expect the issue to create “significant customer disruption or material annual cost”.

In its statement on Thursday, Rolls-Royce added that chief financial officer Stephen Daintith had resigned, but would remain in his role for now to support an orderly transition.

Mr Daintith will be joining online grocery firm Ocado as its chief financial officer in November.

Thu Aug 27 , 2020
Featuring a young Keanu Reeves, a madcap time-travelling plot and a supply of the most bodacious catchphrases, 1989’s “Bill & Ted’s Excellent Adventure” has become a cult comedy classic. Three decades on, the hit that launched Reeves’ career is back for a third movie — and its air-headed, good-natured heroes’ […] 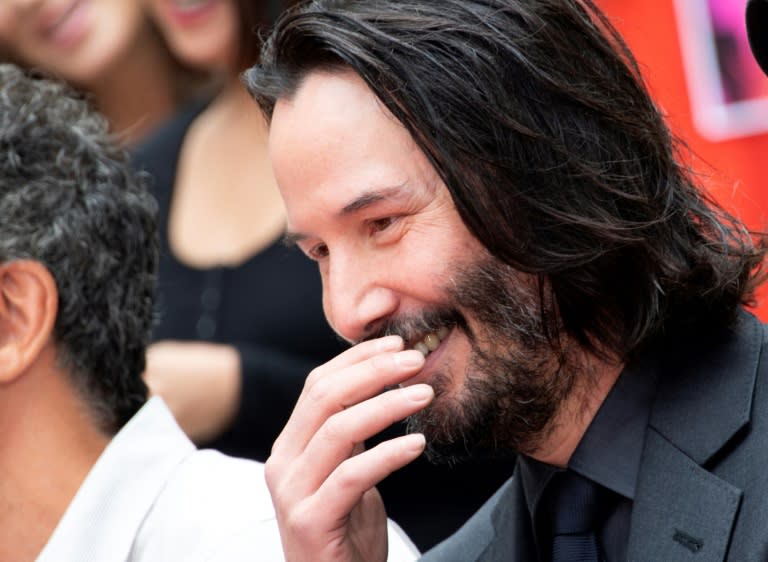