Robinhood is a popular, free-trading website and app that has helped fuel the stock market’s storm in recent days. But on Thursday the app, which tops the Apple iOS and Google Play stores as of this writing, shut out users from buying more shares of controversial stocks like GameStop and AMC.

Following backlash on social media, Robinhood has resumed trading of the stocks in question for restricted buys on Friday morning. The company cited the stock market’s “recent volatility” and “uncertainty” as motivation for the move.

For those late to the wildest free-trading party the stock market has ever seen, earlier this week an online Reddit community caused GameStop stock (Gamestonk, if you will) to skyrocket in value.

The community, better known as r/wallstreetbets, used Robinhood as a collective to undermine Wall Street investors who bet against GameStop shares. The adventure started on January 12, but it wasn’t until this week that the Reddit users managed to push shares of the game retailer over $480. GameStop shares opened the year around $17, for comparison.

We saw a similar, organized surge for the AMC movie theater chain, but the list of stocks sucked into the trading madness continues to grow. And now that Robinhood is allowing free-trading of the headline-making companies again, you might have some questions about how the app works, or what role it has and continues to play in the narrative.

Robinhood is among the most popular apps for free-trading, meaning users don’t need to pay commissions or fees in order to trade stocks or other tradable securities. When the company launched in 2013, its no-fee approach helped it gain traction, but since then more mainstream online brokers have followed suit. Still, Robinhood’s app makes it easy buy and sell stocks from your phone.

Like any other app, users can set customizable alerts, follow news feeds and more. Robinhood even has a feature that lets you listen live to earnings calls. It also draws beginner investors in with a fun interface, simple-to-read charts and an amorphous list of the 100 most-held stocks so you can find a starting block or figure out which stock to purchase next.

Of course, Robinhood needs to make money if it’s not charging you for trades. It’s important to know that Robinhood doesn’t actually execute trades, it just routes them on your behalf. According to the company’s FAQ, it relies on rebates from market makers to “generate the majority” of its revenue. In other words, Robinhood channels your bets to a large bank or financial institution that can complete the trade, while Robinhood gets a rebate from the market maker in return.

Now that we’ve cleared that up, you’ll probably want to know that Robinhood offers fractional shares, too. This means users can buy a piece of a company, even if they can’t afford the full share price. You could pay as little as $1 to get a part-share of Apple, Tesla, Amazon or any other company’s share you couldn’t afford at full price.

Robinhood and GameStop, AMC stocks: What you need to know

Fractional shares and easy-to-use features helped make Robinhood the platform of choice for the r/wallstreetbets community to carry out its organized effort against Wall Street’s hedge funds. The pro-traders in these hedge funds have been “shorting” GameStop and AMC stocks to cash out on companies that, before this week, seemed destined for bankruptcy. Shorting just means that a trader sells a borrowed stock for a value today, only to buy it back when the stock is near-worthless for profit.

The Reddit community recognized the stocks being shorted, as well as the specific hedge funds betting heavy against the companies. In response, the members agreed to buy up GameStop stock, regardless of whether it’d benefit their own wallets. But it worked, forcing the hedge fund sellers to buy back the borrowed stock from GameStop’s new investors at a massive loss. And not because GameStop is a valuable company, but because the loss on a stock that’s borrowed gets so big that hedge funds are forced to liquidate due to banking regulations.

Shortly after, r/wallstreetbets shifted its target to the AMC movie theater chain. Blackberry and Bed Bath and Beyond followed, with more companies likely up next.

That’s the simple version. We’re seeing multiple company share values fluctuate between hundreds of dollars in minutes, which is unheard of and alarming to anyone who’s wondering what the greater fallout will be for the market as a whole in response to this episode.

On the other hand, it’s exciting for day traders and those who use Reddit or other online communities to participate in stock market. So when Robinhood stopped trading on Thursday due to market frenzy, it left swarms of users, old and new, angry enough to file a class-action lawsuit against the app.

Robinhood has since reopened trading with options for limited buys on the r/wallstreetbets stock targets. But that hasn’t stopped users from wondering whether there are Robinhood alternatives to use if trading stops again. Keep in mind that Robinhood isn’t the only platform that restricted trading in an effort to protect users, so you’re not being forced to flee Robinhood if that’s your app of choice.

If you’re interested in trying another platform out, here are your top options:

Fri Jan 29 , 2021
PEABODY, MA — U.S. Rep. Seth Moulton is urging veterans to consider bypassing the state coronavirus vaccination rollout and enroll in the Veterans Affairs health care system in hopes of getting the vaccine as soon as possible. Moulton said veterans, especially those 75 years old and older, who are not […] 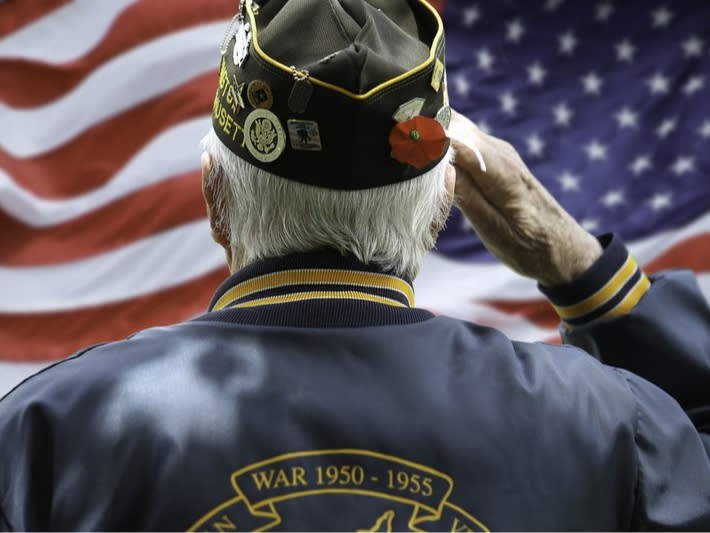